The New York City-born actor, singer, dancer and television personality who rose to fame as Carlton Banks on the hit ’90s television show “The Fresh Prince of Bel-Air" talks about the first car he had. 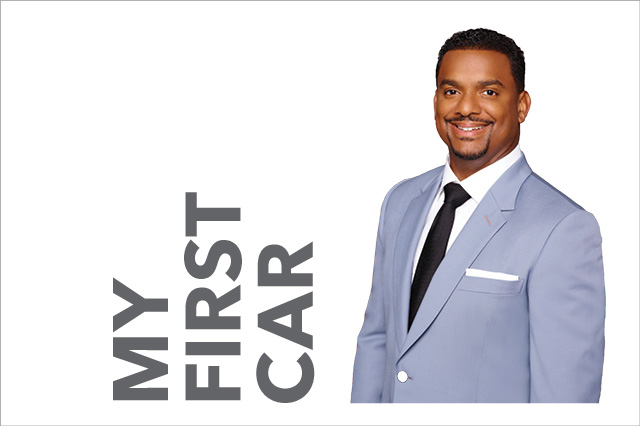 Alfonso Ribeiro is a New York City-born actor, singer, dancer and television personality who rose to fame as Carlton Banks on the hit ’90s television show “The Fresh Prince of Bel-Air.” Since then, the longtime AAA member has hosted several successful game shows, starred in a Broadway musical and won the 19th season of “Dancing With the Stars.” Watch him host “America’s Funniest Home Videos” Sundays on ABC.

My first car was a very cool red Chevrolet Camaro. I was super excited to get it.

I bought it from a Chevy dealership in Los Angeles when I was 15½ years old. I was working on the TV show “Silver Spoons” at the time. I think I paid $16,000 for it.

When I finally turned 16, I remember piling my friends into the car and driving everywhere. We never really had a reason to go anywhere, but we always wanted to go somewhere. I remember listening to LL Cool J’s “I’m Bad” in that car ¬– often. This was the car that kind of took me into adulthood. I felt like I became independent in it. I drove other cars after this one across the country, but this car was the one that made me feel like my own person. It taught me the importance of my decisions and how driving my friends around was a responsibility.

I had the car for about 2½ years before I traded it in toward a BMW 325iS.

What do you remember most about your first car? Tell us about it in the comments below.