How Has Auto Glass Technology Evolved Over the Years?

We've come a long way from window glass that did more harm than good.

0 COMMENTS
Cars & Trucks » How Has Auto Glass Technology Evolved Over the Years? 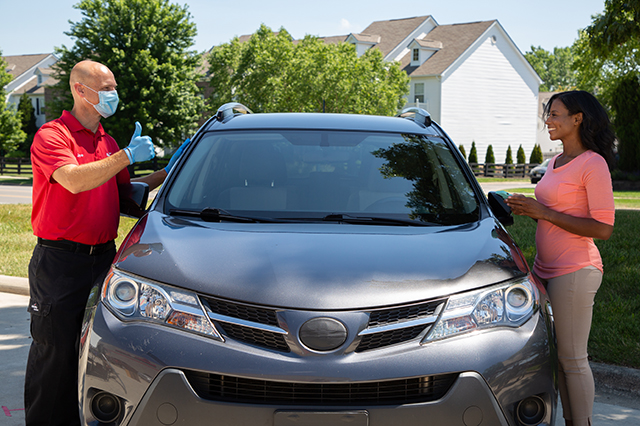 Although their purpose has remained the same, windshields have evolved quite a bit over the past 100-plus years. What once was a simple windowpane used to block debris has become an integral part of an automobile’s structure, technology and safety.

So how did we get to a place where windshields can break but not shatter completely, keep a car safer during a crash and detect rain all on their own? It took a little bit of good fortune and a steadfast determination to improve auto glass safety and quality.

The first motorized vehicles couldn’t travel fast enough for the wind to be a significant concern. It wasn’t until 1904 that the first windshields appeared and they weren’t particularly effective. Early windshields were horizontally divided pieces of plate glass that weren’t aerodynamic. When the top half got too dirty, the driver could fold it down.

The biggest problem with the first generation of windshields was how easily they broke. Whenever there was an accident, the glass would break and inevitably injure the passengers, posing a severe health risk.

As the 20th century rolled on, cars became more popular. More vehicles on the road led to more crashes, which caused an increase in glass-related injuries to both drivers and passengers and an influx of lawsuits.

Manufacturers knew they needed to create a better type of auto glass. The Ford Model A, released in 1930, was the first mass-produced car to feature safety glass, invented nearly 30 years earlier.

Safelite AutoGlass® Has You Covered

Members save 10%* on auto glass replacement or windshield repair with code AAA10NE at checkout on safelite.com.

French chemist Edouard Benedictus played a major role in the development of windshields.

In 1903, Benedictus was working in his lab when he accidentally knocked over a glass flask, which fell to the ground and broke. But to his surprise, Benedictus saw that the glass didn’t break apart and shatter. Instead, the flask kept its general shape.

Unbeknownst to Benedictus at the time, the flask was covered in cellulose nitrate, a transparent liquid plastic. As luck would have it, he had just discovered safety glass, and not a minute too soon.

By the end of World War II, techniques for making rounded glass in airplane cockpits were also incorporated into automobiles. By the 1950s, the more aerodynamic curved glass became the norm for passenger vehicles.

In the 1960s and ’70s, the public became much more concerned about auto safety. One such concern was the occurrence of passengers being ejected through windshields during crashes. This forced vehicle manufacturers to develop stronger windshields. The solution was found in a substance known as polyvinyl butyral, a clear liquid plastic that was added as an inner layer between two sheets of glass. In 1966, this new safety glass was implemented on all vehicle windshields in the United States.

During this time, the National Highway Traffic Safety Administration was founded. Among other responsibilities, the NHTSA sets safety standards for motor vehicles and motor vehicle equipment.

Windshields continue to evolve at a rapid pace. As gas mileage becomes more of a concern, manufacturers have increased vehicle aerodynamics by improving glass curvature and smoothness.

Windshields have also gotten larger to improve a driver’s visibility and improve a car’s aesthetics. Such is the case with some of the panoramic windshields hitting the market.

It’s not just the size of the glass that’s improved – the technology has taken us leaps forward. Many windshields now include forward-facing cameras linked to advanced safety systems, which control features like automatic braking and forward-collision warning. Windshield sensors can also detect rain, so wipers deploy automatically for better visibility. Head up displays are another growing technology that allows essential driver information, such as speed and navigation, to display on the windshield, so the driver doesn’t need to look down continually.

The safety and technology of today’s auto glass is something we rarely think about. A brief look back in history helps us to appreciate what most drivers take for granted.

AAA members can save 10% on Safelite AutoGlass replacement or repair. 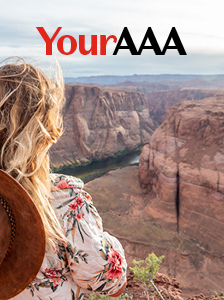