Long before he became the author of the “Diary of a Wimpy Kid” series, Jeff Kinney cruised Main Street in a Plymouth Reliant. 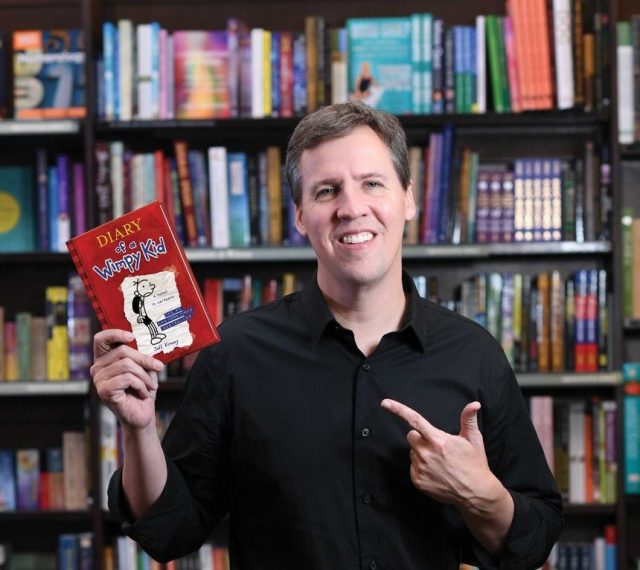 Anyone with a child under 17 probably knows the name Jeff Kinney.

As author of the “Diary of a Wimpy Kid” series, Kinney is one of the most successful children’s book scribes of his generation. The stories revolve around the trials and tribulations of middle school student Greg Heffly, and feature a fun amalgam of gentle sarcasm and hilarious stick-figure drawings. Many of the books have been developed into feature films and there are now more than 200 million copies of the 18 “Wimpy Kid” books in circulation worldwide.

But long before Kinney settled down in Plainville, Mass., he was cruising the strip down in Maryland in a second-hand Plymouth Reliant.

My first car would’ve been a Reliant “K-car” when I was 16 years old. It was white and very boxy.

From my grandfather who didn’t need it anymore since he lived in Leisure World.

What’s your favorite memory of the car?

When I was a senior and my friends who were juniors couldn’t drive yet, so I was technically in charge. Back in those days we used to cruise the strip. We’d get into a 3-mile line of cars that just did the same loop over and over. I don’t know if that kind of thing happens anymore but that was our Friday nights.

Well, it was totaled in a car accident. I was crossing a median strip and somebody came out of nowhere. I was not at fault but that was the end of the car.