The busier our lives get, the more we wish for time to get things done. But according to the experts, what we all need more of is sleep. 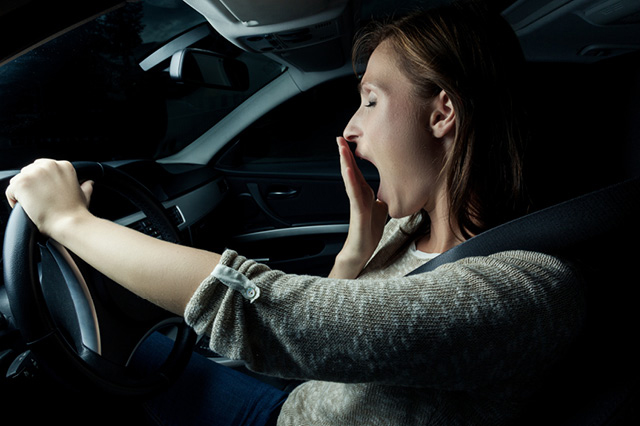 “If I just had one more hour.” We’ve all said it. The busier our lives get, the more we wish for time to get things done. But according to the experts, what we all need more of is sleep.

The Centers for Disease Control and Prevention says that 35 percent of U.S. drivers sleep less than the recommended seven hours per night. In a recent AAA Foundation for Traffic Safety survey, 96 percent of drivers say they view drowsy driving as a serious threat to their safety. However, 29 percent admitted to driving when they were so tired they had a hard time keeping their eyes open.

The foundation recently released results of drowsy driving research, indicating the percentage of crashes involving drowsiness is nearly eight times higher than federal estimates. Make no mistake: Drowsy driving puts everyone on our roadways at risk.

The study examined video of drivers’ faces in the three minutes leading up to a crash. From this, researchers were able to determine that 9.5 percent of all crashes and 10.8 percent of crashes resulting in significant property damage or injury involved drowsiness. These numbers are much higher than the 1 to 2 percent federal estimates.

The signs of sleepiness include having trouble keeping your eyes open and staying focused, to yawning, feeling irritable, drifting from your lane, or missing street signs and exits. AAA recommends getting plenty of sleep and avoiding medications that cause drowsiness. If you’re traveling a long distance, get a good sleep the night before, take a break every two hours or take turns driving with a passenger. You should drive during times when you’re normally awake and stay somewhere overnight on long trips. Most importantly, don’t work all day and drive all night.

Knowing the warning signs of drowsiness can help drivers avoid dozing off behind the wheel.

The impact that drowsy driving has on traffic safety shouldn’t be underestimated. Taking proper precautions can keep you and your family safe on the road.