Exploring the Impact of Impaired Driving

As New Jersey prepares for a future with legalized recreational marijuana, AAA is exploring the impact it will have on our roadways, taking a proactive approach to marijuana-impaired driving and... 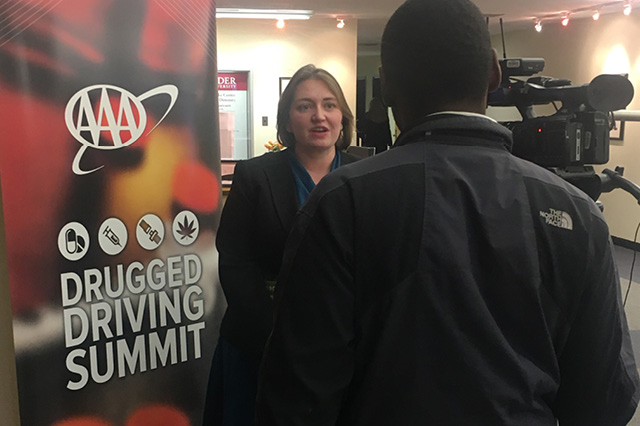 As New Jersey prepares for a future with legalized recreational marijuana, AAA is exploring the impact it will have on our roadways, taking a proactive approach to marijuana-impaired driving and keeping all drivers safe.

To that end, AAA recently hosted an Impaired Driving Summit to tackle the issue of drug-impaired driving on New Jersey’s roads.

“New Jersey is on a pathway to legalizing marijuana, creating concerns about safety on our roadways,” said Cathleen Lewis, director of public affairs and government relations for AAA Northeast. “The summit was about providing policymakers and law enforcement with steps that can be taken to strengthen impaired driving laws, as well as tools to help identify and deter impaired driving on our roadways.”

The summit also tackled drunk driving and prescription drug use and abuse. Attendees ranged from law enforcement and traffic safety advocates to prosecutors and legislators. Speakers included a drug recognition expert, a prosecutor, a judge and several speakers from Colorado, and a traffic safety expert from AAA National.

Vehicles are never more desperate for cleanings than in the coldest months. Here’s how to wash your wash your car in the winter safely and effectively.

The 5 Best Cars for Winter Driving

With important safety features, these are among the best cars for winter driving. They’ll also get you where you’re going in style.