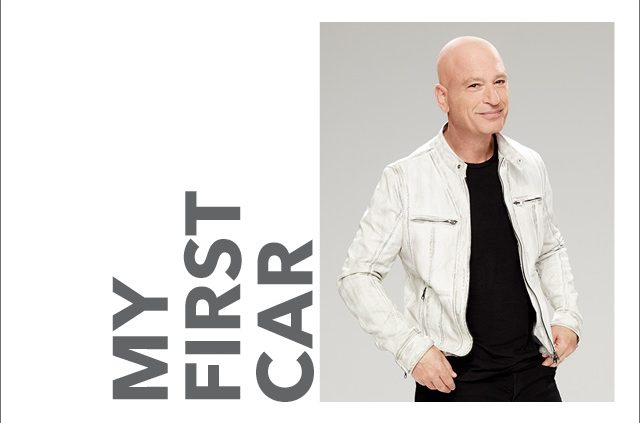 Canadian-born Howie Mandel is an actor, comedian and television personality known for hosting the popular game show “Deal or No Deal.” After beginning his career in stand up, Mandel starred in the Emmy Award-winning medical drama “St. Elsewhere” before creating the hit animated series “Bobby’s World.” Watch him on the new season of “America’s Got Talent,” which premieres May 30 on NBC.

My first car was a 1969 Chevy Bel Air. It had a brown and beige interior.

I bought the car from my mom, who drove it for a while first. I’m still paying for it.

Driving that car was always an event. I took a crash course for my driver’s license. Crash was the key word. There was not a curb or pole in Toronto that wasn’t hit by my Bel Air, hence the payments still to my mom.