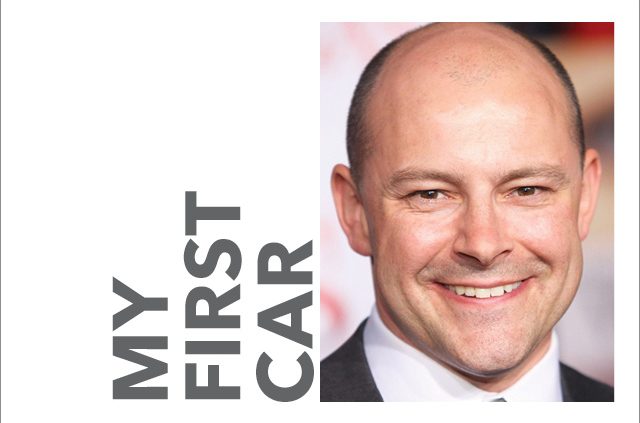 Massachusetts-born Rob Corddry is an actor, comedian and writer who has appeared in hit films such as “Hot Tub Time Machine,” “Warm Bodies” and “Harold & Kumar Escape from Guantanamo Bay.” A longtime correspondent on “The Daily Show with Jon Stewart,” Corddry also created and starred in the Emmy Award-winning comedy series “Childrens Hospital” on Adult Swim. Watch him in the new season of the HBO series “Ballers,” which premieres July 17.

My first car was a 1975 Ford Pinto wagon. It was white with woody walls. The floorboards were rusted through on the passenger side, so I had to avoid puddles.

I paid an old man five bucks for it, and it came with a pillow in the back. Actually, my grandmother’s friend Arnold sold it to me. He was only using it to haul trash to the dump. I suspect my grandmother cajoled him into it so she didn’t have to give up her car, a 1970.5 powder blue Ford Falcon that I was fortunate enough to get eventually.

My Inspiration Point was the back corner of a cemetery in Weymouth, Mass. I guess my favorite memory is that I managed to date girls who didn’t mind kissing in a run-down Ford Pinto wagon while parked in a graveyard.

The car chronically leaked oil. Eventually, my grandmother admitted that she should have stopped driving years ago, so we junked the Pinto, and I got her car. We used to call the Pinto “The White Whale” due to its mass and preposterous color. I miss that car.