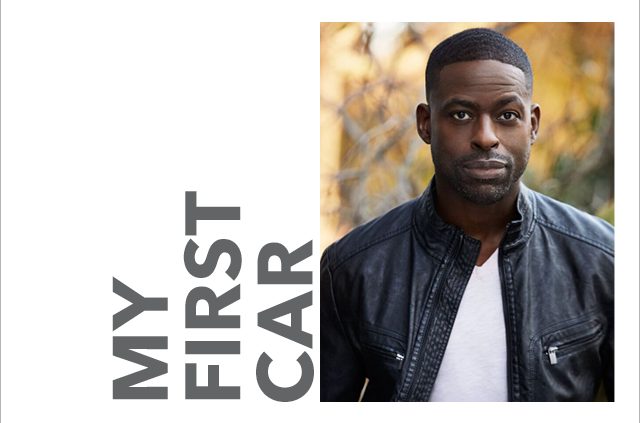 Recognized for his role in the television show “This is Us” and his breakout performance in 2016’s  “The People v. O.J. Simpson: American Crime Story,” Emmy and Golden Globe Award-winning actor Sterling K. Brown has been busy making his mark on Hollywood over the past few years. Watch him on “This Is Us” Tuesdays on NBC.

My first car was a 2001 Honda Accord LX. Black exterior with a black leather interior. She was kind, and she was sweet. Her name was Christina, and I miss her.

I found her on Craigslist of all places. The owners had taken excellent care of her, and the only reason they were letting her go was they wanted a four-door vehicle to make life easier with their new baby.

My wife and I drove Christina cross-country from Los Angeles to Charleston, S.C. Took the 10 all the way across to New Orleans, cut up to Atlanta and then on to our final destination. We had a blast, and Christina gave us smooth sailing all the way!

Once my first child came, sadly, I had to do the same thing as the original owners. I didn’t sell her, though – I gave her to a friend. I was fortunate enough at that time to have a decent income, and a friend from St. Louis, a fellow thespian, who was new to Los Angeles, was in need of some wheels. I am acutely aware of what it’s like to have a minimal income, and I was happy to place Christina in the hands of someone who would put her to good use. Pay it forward!