Member Thinks Back on His 1940 Ford Convertible 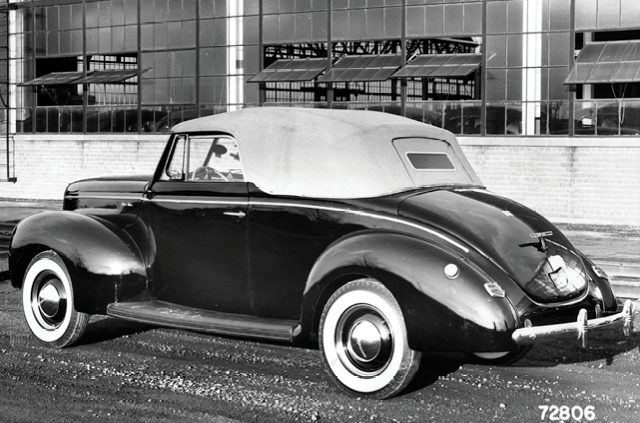 “My first car (in the early ’50s) was a 1940 Ford convertible. My brother gave it to me when he went into the Navy. I loved the car and had few dates in high school as I spent all my money on repairing, souping up and customizing it.

It was a dark green, eight-cylinder, 100-horsepower Ford with a black top. The top was made of cotton in those days and only lasted for about a year. With every rainstorm or snowstorm the driver and front seat passenger would get soaked. I also added two large spotlights to the front window frame, leopard seat covers and fog lights.