2018 Volkswagen Tiguan $31,775 (Price as tested) | 4 cylinder, 184 hp | 21/27 mpg The all-new Tiguan has grown over the years to become one of the largest sport-utility vehicles in the segment. It comes in several trim levels and with front- or all-wheel drive. To put it in perspective, it’s 10 inches longer than... 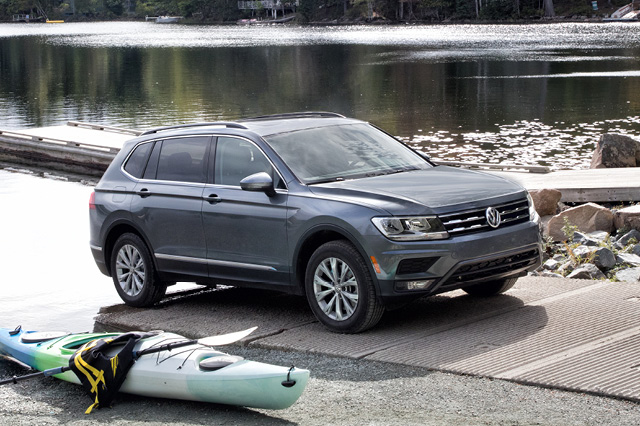 The all-new Tiguan has grown over the years to become one of the largest sport-utility vehicles in the segment. It comes in several trim levels and with front- or all-wheel drive. To put it in perspective, it’s 10 inches longer than the previous model and about 4 inches longer than the Honda CR-V. Front-wheel-drive models are available with optional third-row seating. The cargo area is quite good, rivaling some midsize SUVs, and it has several bins for storage and decent cup holders. There are fuel economy and sport drive settings. The overall ride seems biased toward comfort rather than handling, which I prefer in an SUV.

This midsize sports sedan just so happens to be a plug-in hybrid. It’s powered by a 2.0-liter, four-cylinder engine that develops 248 horsepower and 348 foot-pounds of torque when combined with the electric motor. In today’s crazy-high horsepower world, 248 horsepower doesn’t seem like much, but it’s enough to push this 4,200-pound sedan to 60 mph in six seconds. Fuel economy is rated at 67 mpg in combined electric and gasoline operation and 28 mpg on gasoline only. It has an electric range of about 30 miles, but it’s best to think of the battery as a way to improve overall fuel economy. BMW sedans are known for their superior handling, and this plug-in hybrid is no exception.