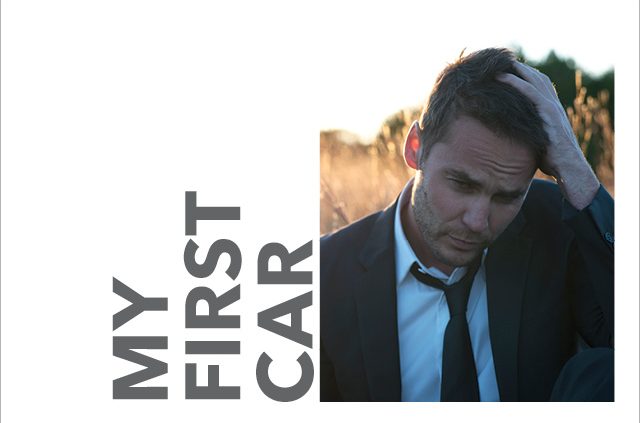 Canadian-born actor and model Taylor Kitsch has appeared in blockbuster films like “X-Men Origins: Wolverine,” “Battleship” and “John Carter.” He starred in the second season of the HBO series “True Detective” and scored his breakout role in the hit NBC series “Friday Night Lights.” Watch him portray Branch Davidians leader David Koresh in “Waco,” a six-part series based on the 1993 Waco siege, which premieres Jan. 24 on the Paramount Network (formerly Spike TV).

My first car was a 1991 Pontiac Firefly. It was this tiny, little light-blue hatchback with 12-inch wheels.

I drove it to Los Angeles and wound up living in it for over six months. It ran on fumes most of the time, but it never failed me. It’s my favorite memory now because I can look back and feel like it was all worth it. That car represented my roots and my sacrifice. Plus, it literally never broke down – even during a 22-hour drive between Santa Monica and Vancouver, where I grew up.

It ended up staying in my mom’s carport until my brother decided to insure it, and he used it for another five years. It wound up with something like 220,000 miles on it. Best $1,200 I ever spent. I kind of wish I still had it.