In a crowded midsize sedan market, the Volkswagen Passat is a standout for its German engineering at an affordable price point. Starting at just $22,440, the sedan – built in... 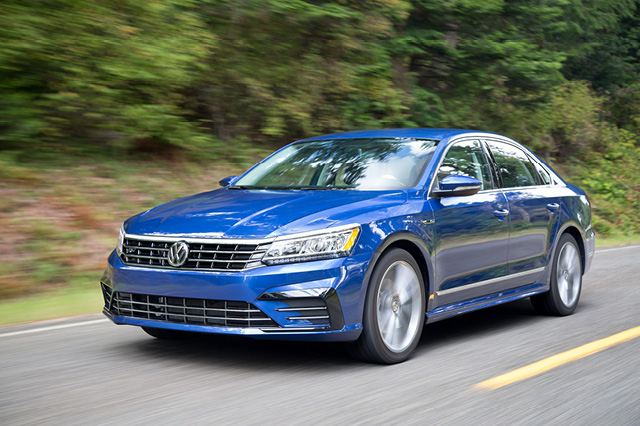 In a crowded midsize sedan market, the Volkswagen Passat is a standout for its German engineering at an affordable price point. Starting at just $22,440, the sedan – built in Chattanooga, Tenn. – is loaded with advanced technology, including many driver assistance systems that are often found in more expensive models. And its base engine is fun to drive as well as easy at the gas pump.

After a thorough redesign for 2016, the 2017 model sees only a few changes, most notably many of the convenience and technology features being moved into the less expensive trim levels. All models are equipped with an eight-way adjustable driver’s seat, dual-zone climate control, rearview camera and automatic emergency braking. The infotainment system can connect two phones simultaneously to allow two occupants to make and receive calls.

Of the four trim levels, my test model was the 2017 Volkswagen Passat 1.8T R-Line. The most sporty of the lineup, the R-Line differentiates itself with a unique front bumper with contrasting black accents, unique rocker panels, modified rear diffuser and anthracite-colored 19-inch aluminum alloy wheels. On the inside, features include leatherette upholstery, a power driver’s seat, heated front seats and satellite radio with voice control. It is loaded with standard technology, including forward collision warning with assisted braking and a blind-spot monitor with rear traffic alert. It also has Volkswagen’s Car-Net App-Connect system, which integrates with smartphones to locate your parked car, make service appointments, send automatic crash notifications and even set safety and security features for certain drivers, such as teens.

— By Tara Mello, for AAA Northeast

Car superstitions and phobias are exceedingly common. Do you partake or suffer from any? 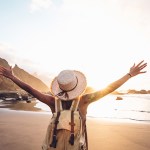