One of the best cornerbacks in NFL history, Pro Football Hall of Famer “Prime Time” Deion Sanders has become one of the most electrifying personalities on television. When he’s not... 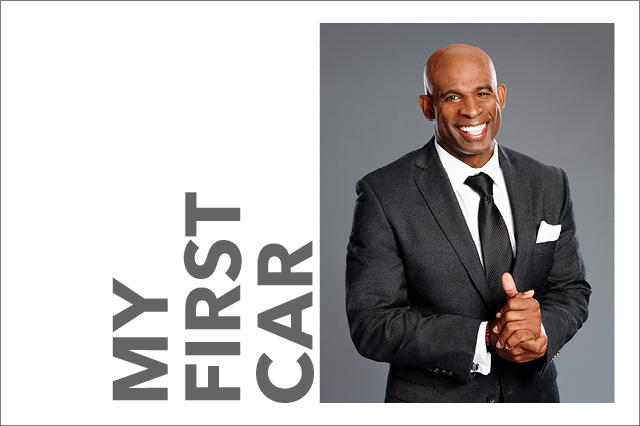 One of the best cornerbacks in NFL history, Pro Football Hall of Famer “Prime Time” Deion Sanders has become one of the most electrifying personalities on television. When he’s not on TV as a football analyst, Sanders partners with Stand Together, a nonprofit that helps individuals in Dallas escape poverty, and Prime 5, an initiative to help strengthen community-based organizations in Big D. Watch him on “NFL GameDay Prime” each Sunday during the NFL season at 11:30 p.m. on the NFL Network.

In 1983, I drove a green ‘74 Toyota Celica. At that time, one of my favorite songs out on the radio was “Little Red Corvette.” So I ultimately painted my little car red.

My mother gave me the car. And I’ve kept up the tradition by giving my children cars once they’re able to drive.

My fondest memory of the car was how dependable it was. I can’t recall it ever having any major issues as far as repairs. That car also instilled in me a new sense of responsibility. I knew that if I wanted to drive it I needed money for gas, and the only way I could do that was to get a job.

I honestly don’t remember what happened to that car. I do remember the car salesman passing on it when I tried to trade it in to get a new car.