A Passion Play for the Ages

Fulfilling a promise made almost 400 hundred years ago, the tiny town of Oberammergau in Bavaria, Germany, has told the story of Jesus Christ’s last days every 10 years since 1634. The village pledged to do this as a plea to be spared further suffering from the plague that was ravaging Europe at the time....

0 COMMENTS
Travel » A Passion Play for the Ages 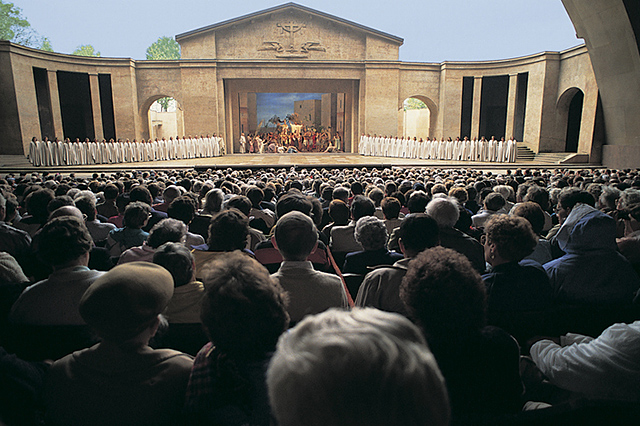 Fulfilling a promise made almost 400 hundred years ago, the tiny town of Oberammergau in Bavaria, Germany, has told the story of Jesus Christ’s last days every 10 years since 1634. The village pledged to do this as a plea to be spared further suffering from the plague that was ravaging Europe at the time.

Their prayers were answered, and in 2020, the town’s residents will produce the play for the 42nd time. The show begins with Jesus’ entry into Jerusalem and tells the passion story from the last supper to the crucifixion and ends with the resurrection.

Beyond this remarkable commitment, participants in the play must have been born in Oberammergau or have lived there for at least 20 years. In total, more than 2,000 local citizens, almost half of Oberammergau’s population, will perform in the 103 shows scheduled, rehearsing for eight months in advance. Beyond the actors, there are more than 100 people in the chorus and 55 instrumentalists in the orchestra.

Add that to that fact that the play is five hours long (not counting a three-hour-long intermission) and the town’s continuing tradition is even more remarkable. The play is staged in a specially built open theater that seats 4,500 people. The format of the play alternates from spoken introductions, drama and tableau vivants (“living images”) of scenes from the Old Testament, a format that started in the 18th century. The tableaus are presented with songs by the choir accompanied by the orchestra.

Over the centuries, Oberammergau’s passion play has only grown in fame, with visitors coming from around the world to see it. It is estimated that about half a million people will flock to Oberammergau this year for the play, so advance planning is definitely key. Individual tickets are available, as are one- and two-night packages offered by the town, which include tickets to the play, accommodations at places ranging from inns to hotels, some meals and local bus transportation.

While seeing the play is an eight-hour commitment, Oberammergau offers other charms to explore. It’s also famous for its Luftlmalerei, a method of wall-painting found on facades around town. A little further afield is the 700-year-old Ettal Abbey, where Benedictine monks brew beer and make liqueur, perfume and tea. Linderhof Palace, where ‘Mad’ King Ludwig turned a “cottage” into an extravagant castle in the 1800s, is also close by, and less than an hour away is the fairy-tale-like Neuschwanstein Castle.

The play runs from May 16 to Oct. 4 on Tuesday, Thursday, Friday, Saturday and Sunday. Performances are in German, but you can buy an English translation of the text. Visit passionsspiele-oberammergau.de for more information.