Up-and-coming Oslo embraces modernity while keeping an eye on its Viking past. 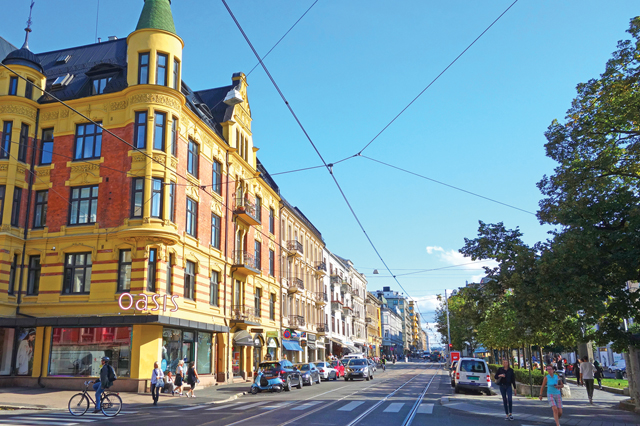 If the 1,000-year-old capital of Norway is ranked as having the best quality of life among large European cities, imagine what it’s like to visit? Let’s just answer that right away: It’s spectacular. Though it’s not cheap, its joie de vivre more than makes up for it, plus there’s lots to do, the food is mouth-wateringly diverse, and its people are welcoming.

Sitting on the Scandinavian country’s southern coast at the head of the Oslofjord, Oslo is also growing. Urban amenities like a modern metro system and various additional access points via the Three Rings road make it easier to get around, plus it’s incredibly walkable. Height restrictions on architecture mean the city is not overwhelming in size – rather it’s delightfully approachable and undeniably charming.

Though this city is modernizing, its Viking legacy and traditions remain stalwart components of its contemporary lifestyle. The best way to learn about this history is at the Viking Ship Museum at the Museum of Cultural History, where life-size replicas of Vikings’ speedy rowing ships are on display.

Year round, visitors flock here to appreciate its striking beauty and the chance to see the northern lights, which are exceptional given darkness reigns anywhere from 14 to 18 hours a day from November through March.

This wonderland doesn’t hibernate in the winter, however. Three ski resorts within 45 minutes of the city offer an escape into the snowy mountains, where skiing is lifeblood. Snowboarding, terrain parks, snowshoeing and sledding are a few of the options at Oslo Winter Park, Oslo Ski Center and Sloreasen Ski Slope, which also have accommodations and dining.

For arts and culture, visit the Oslo Opera House, home to the Norwegian National Opera and Ballet. It appears to rise from the banks of the Oslofjord, as its roof sweeps down to the ground encouraging pedestrians to walk up it. Check out Gamla or Rockefeller Music Hall for live music.

Head to the Frogner borough on the west side for a glance at Vigeland installation at Frogner Park, a public art exhibit consisting of sculptures and larger structures created by artist Gustav Vigeland between 1924-1943. Then peruse Bogstadveien, Norway’s longest shopping street, with more than 300 exclusive shops, entertainment and restaurants.

For plant-based sweet treats and coffees that are good for you, stop by Oslo Raw, also in Frogner. Or pop into Oslo Street Food with four different bars and 16 food stands, all in the former Torggata Bad, the largest public bath in the 1920s.