Satisfy your wanderlust with these five U.S. destinations with European flair. 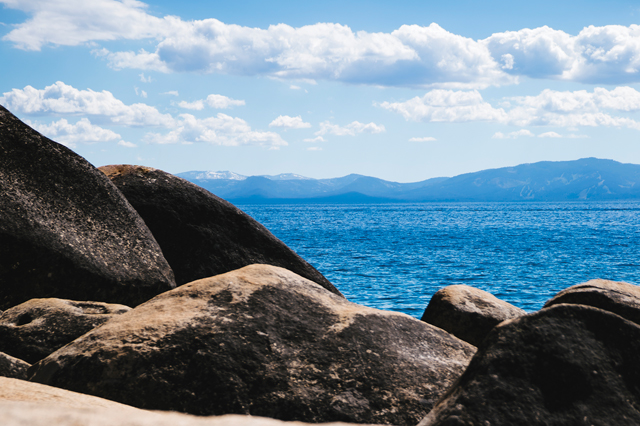 With centuries upon centuries of history, stunning vistas, mountains and coastlines, and gastronomical goodies galore, Europe is a must-visit on many a traveler’s bucket list. But since much global travel is on hold (for now), we rounded up five U.S. spots that emulate the cultural richness and natural beauty of many of Europe’s most famous locales, no passport required.

Nestled between northern Italy and Switzerland’s southern border, Lake Maggiore is a picturesque al-pine lake blessed with a mild Mediterranean climate and a stunning backdrop of the Alps. You’ll find its U.S. counterpart in Lake Tahoe, another alpine lake tucked into the Sierra Nevada range straddling Nevada and California. The four-sea-son playground features a plethora of watersports and beaches, superb ski resorts and charming hamlets. Try your luck at one of the area’s casinos, or visit Vikingsholm, a 38-room Scandinavian-style “summer home” on the shore of Emerald Bay.

Fun Fact: Both lakes are memorialized in works by two of America’s greatest writers: Lake Maggiore makes an appearance in Ernest Hemingway’s “A Farewell to Arms,” while Mark Twain wrote about the beauty of Lake Tahoe in “Roughing It.”

First founded as a French outpost in 1718, the city of New Orleans is still steeped in its Francophile roots. The sultry city – thanks in part to its blend of French, Spanish and Creole influence – has melded into a thriving epicenter of music, culture, history and Epicurean delights. Jazz fans will find their fix in any manner of clubs dotting famed Bourbon Street, while foodies can get their fill of po’-boys, gumbo, beignets washed down with strong chicory coffee, and jambalaya. Architecture lovers can revel in the staggering amount of building styles, from Creole cottages and stately townhouses to storied cathedrals and above-ground cemeteries.

Fun Fact: The mighty Mississippi River cuts a swath through the heart of the Big Easy, much like the Seine winds its way through the arrondissements of Paris.

I know what you’re thinking: “Savannah? Really?” But hear me out.

Waves upon waves of Irish immigrants came to Savannah in the mid-1800s, drawn by the city’s booming economy and the famine sweeping their homeland. So much so that by 1860, Irish-born immigrants made up one in three white households in the city. Residents celebrate their Hibernian heritage every year, with celebrations, festivals and dances, culminating in the grand St. Patrick’s Day parade, second only to New York City’s in size.

Norway is home to more than 1,000 fjords, dramatic inlets ringed by steep cliffs and carved by glaciers. You can see similar seascapes at Glacier Bay National Park, 3.3 million acres of pristine land and sea tucked into The Last Frontier, untouched by human hands. Here you’ll find fjords dotted with massive glaciers that calve and tumble into the sea, snow-dusted mountains and acres upon acres of forest teeming with wildlife.

Fun Fact: The entire park, deemed a UNESCO World Heritage Site, is about the size of Connecticut.

What do you picture when you think of the French Riviera? Sun-soaked Mediterranean beaches, yachts, celebrities and palm trees? You can get the same vibes – at a fraction of the cost – in Charleston, S.C. Sixty miles of coastline? Check. Five distinct beach towns? Check. Cobblestone-lined historic byways and fresh low country cuisine? Check and check. The Holy City is also home to a thriving arts scene, with galleries sprinkled throughout aptly named Gallery Row, and tasty low-country cuisine. 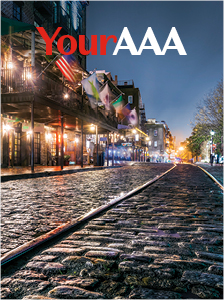 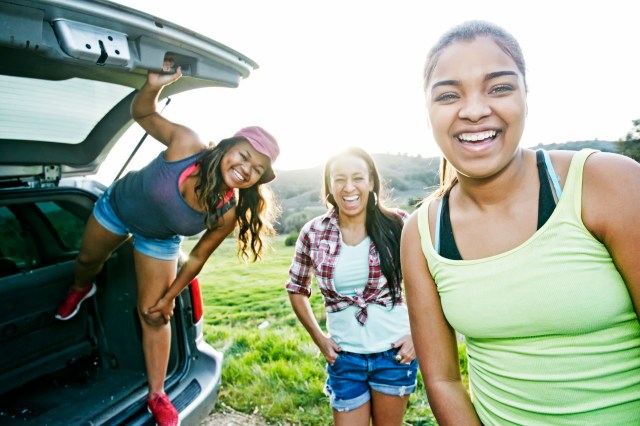