Top 10 Things to Do in Australia 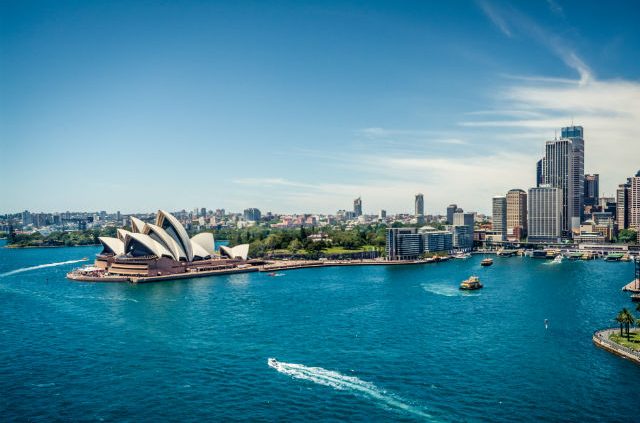 A trip Down Under holds a place on just about everyone’s bucket list. From pristine beaches to the unusual wildlife to the iconic sights, both natural and manmade, Australia is a country bound to delight all visitors.

Whether you’re visiting the metropolitan side of Oz in Sydney, Melbourne, Brisbane or Perth, or you’re seeking to get in touch with antipodean Mother Nature, check out these ideas for what to do in Australia.

Dunk Under the Water

Australia is home to one of the world’s most famous diving and snorkeling spots: The Great Barrier Reef. This natural structure parallels the Queensland shoreline for nearly 1,600 miles, offering visitors numerous sites to explore. Some of the more popular areas for spotting sea life and shipwrecks are Cairns, the Whitsunday Islands and Townsville in the north, and the Brisbane area near the southern part of the reef. Surrounding Moreton Island, about an hour from Brisbane, are the Tangalooma Wrecks – fifteen decommissioned boats that were purposely sunk in 1963 to create an artificial harbor. Marine life has taken over these rotting crafts, making this dive site a living aquarium.

Or Ride on Top

Just as the underwater world in Australia is world-renowned, so is the action on top of the waves. Surfing is synonymous with Australian culture, and surf sites such as Bondi Beach in New South Wales are known the world over. Though you can find prime conditions at many other beaches in New South Wales, the country’s other territories also offer curling waves and rolling swells, including Noosa, at Point Break in Queensland, and Bells Beach in Victoria.

Book with your AAA Travel Agent and mention TravelBound to create the perfect itinerary to Australia.

Take in a Show at the Sydney Opera House

Perhaps one of the best-known sites in Australia, the Sydney Opera House, with its overlapping shell-like structure, opened in October 1973. The facility actually contains several performance centers, with shows playing nearly every day. Even if spending a few hours attending a performance isn’t in your plans, tours of the building and backstage areas are offered several times a day.

Meet Some of the Natives

Australia’s wildlife is unusual, to say the least. Mammals that lay eggs. Birds with plumage of seemingly every color known to man. Hopping herds of kangaroos. Though you will likely encounter these creatures while exploring the natural side of Oz, you can ensure a 100 percent sighting – and even throw in the chance to touch some animals – at one of the countries many sanctuaries. Unlike zoos, these resident animals were either orphaned in the wild or injured to the point that they could no longer fend for themselves. So go ahead, pat a wombat, get up close with a koala, take a safari through a kangaroo sanctuary or tickle a platypus. 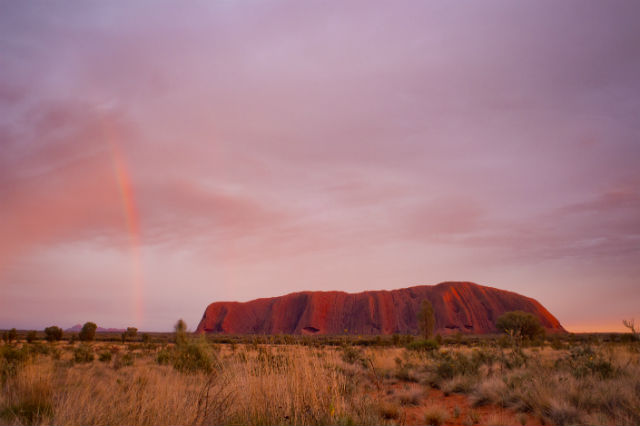 A Spiritual Journey at Uluru

The sandstone formation Uluru, also known as Ayer’s Rock, rises nearly 1,142 feet (348 meters) above the Northern Territory’s arid “Red Centre.” It’s no wonder that this site has been a major spiritual destination for the Pitjantjatjara Aborigines, and ownership of Uluru was rightfully returned to them in 1985. Various tour operators offer activities from camel rides to helicopter rides to ensure that visitors can view the mountain from any angle.

While visiting Australia, take the time to learn about the original inhabitants, the Aborigines. Though museums and cultural centers can be found throughout the country, Arnhem Land, in the Northern Territory, contains the most concentrated population of indigenous people. This region is wild, with dramatic landscapes and endless outdoor activities. Aboriginal celebrations, such as the four-day Garma Festival in August, give visitors a chance to learn about the culture and traditions of this region. The Buku-Larrnggay Mulka Center, in Yirrkala, showcases displays of Aboriginal art – bark paintings, carvings, and other pieces – as well as the history of the Yolngu people’s participation in World War II.

A walkabout is a traditional rite of passage for Aboriginal boys, a passage to manhood. Though this ritual was for spiritual purposes, one of the best ways for any visitor to Australia to truly get a sense of the vast landscape is on foot. Guided walking tours are available that lead groups through landscape.

Hop on a Wine Train

Wine has surpassed the ubiquitous Foster’s oilcan as the representative beverage from Australia. The country is the eighth-largest producer in the world, with the bulk of the vineyards found in the southern part of the country where the climate is more favorable for grape growing. Vintages from the Barossa Valley are likened to those from Bordeaux, Napa and Tuscany, whereas the Clare Valley, near Adelaide, is known for its crisp Rieslings. Take a wine tour for a full day of sipping pleasure.

In addition to the Great Barrier Reef, beaches and iconic Uluru, Australia boasts numerous other natural geographic wonders. Visit the Pinnacles Dessert, where limestone spires up to 4 meters tall jut out of the sand, to feel like you are walking on another planet. The Twelve Apostles sea stacks (though now only eight) off the coast of the Great Ocean Road and the Three Sisters found in the Blue Mountains west of Sydney, are similar formations that showcase Australia’s vast and varied landscape.

Have a BBQ on the Beach

Admit it – you’ve been dying to “put a shrimp on the barbie!” Barbecuing is popular in Australia and many public beaches provide free picnic areas, some with grills, so you can partake in this seafood pleasure. When you’re shopping for ingredients, however, just remember that in Australia, shrimp are called “prawns.”

Start planning your Australian trip of a lifetime with AAA and TravelBound.