Scaly, furry, feathered or finned: Here are our top spots to see critters in their natural habitats. 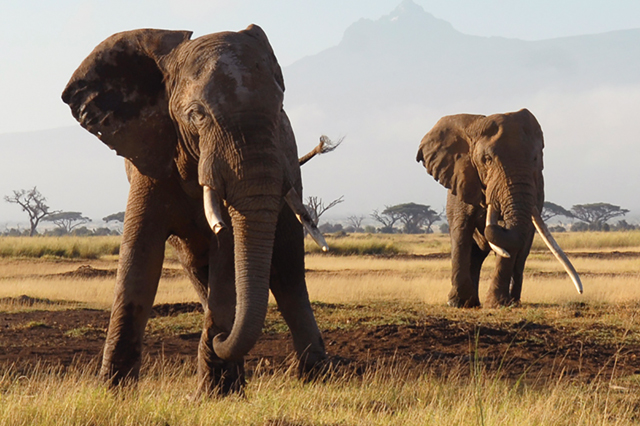 During the height of the pandemic, many of us truly learned the unspoken value of our furry companions. With just a pet, or a nuzzle, or a soft, warm purr, they soothed our souls and helped us experience the bliss of unconditional love in a world filled with chaos.

Luckily for us pet lovers, there’s an entire world of animals in their natural habitats just waiting to be explored. Whether you love critters soft and
diminutive, scaly and towering, or winged and clawed, you’re bound to find some vacation-worthy destinations on our list of some of the world’s top places to see animals.

Home to penguins, giant tortoises, blue-footed boobies, sea lions, exotic birds and myriad forms of sea life, these islands 600 miles off the coast of Ecuador were first made famous by Charles Darwin. He used the islands as a natural lab during his 1835 visit, which culminated in his theory of natural selection detailed in “On the Origin of Species.” And oh, the species you can see. The islands, a UNESCO World Heritage site, are famous for biodiversity, the sheer number of animals, and for their protected landscapes.

The topography of this Central American country is just one reason for its rich mix of flora and fauna. Here, volcanoes flirt with the Pacific and Caribbean oceans, jungles and rainforests. There’s no shortage of howler monkeys, sloths, macaws and various species of birds in the country’s many conserved areas. More than 25% of Costa Rica is protected from development, with 28 national parks and 58 wildlife refuges. Manuel Antonio and Corcovado national parks are two of the most popular. And bonus: You may spot an elusive jaguar at Corcovado.

Check out Nairobi, Kenya, if you want to see the “big five” safari animals: lions, leopards, black rhinos, African bush elephants and African buffaloes. Kenya’s capital is the self-declared safari capital of the world, and the country itself is home to more than 50 national parks and reserves. For a once-in- a-lifetime experience, take a gorilla trek through Uganda’s Bwindi Impenetrable National Park. The muddy journey is arduous, wet and challenging, but the chance to see a mountain gorilla in its natural setting will be a sight you’ll never forget.

Australia is home to some of the world’s most adorable – and terrifying – creatures. Here, koalas, kangaroos and echidnas abound, though so do many deadly snakes, huntsman spiders (Google it if you dare) and the box jellyfish. Head to Maria Island, a wildlife sanctuary in Tasmania, if you want the chance to see wombats wandering at dusk or a Tasmanian devil in the wild. You’ll find plenty of koalas at Tucki Tucki nature preserve in New South Wales, and Murramarang National Park and the neighboring areas are popular hangouts for the country’s most well-known critter.

Of course, you don’t have to travel the globe to see spectacular animals; just head to one of our many national parks to catch a glimpse of nature’s majesty. Visit Yellowstone National Park to see where the bison, elk and grizzly bears roam, along with coyotes, gray wolves, bald eagles and wolverines. If you like the life aquatic, Alaska’s Glacier Bay National Park is a superb site to go whale-watching and glimpse sea otters, harbor seals and puffins. You’ll find the “big five” – caribou, moose, Dall sheep, wolves, and grizzly bears – at Alaska’s Denali National Park, while exotic creatures like alligators, crocodiles, manatees, Florida panthers, flamingoes and bobcats all inhabit Everglades National Park in Florida. (They may be beautiful, but please remember to give these majestic animals their space.)

Want to plan your very own animal adventure? Turn to a trusted AAA travel advisor with all your questions. AAA.com/TravelAgents. 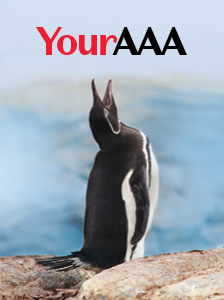