Iceland: Close By, But Worlds Away

It's not hard to see why Iceland has become such a popular travel destination.

0 COMMENTS
European Tours » Iceland: Close By, But Worlds Away 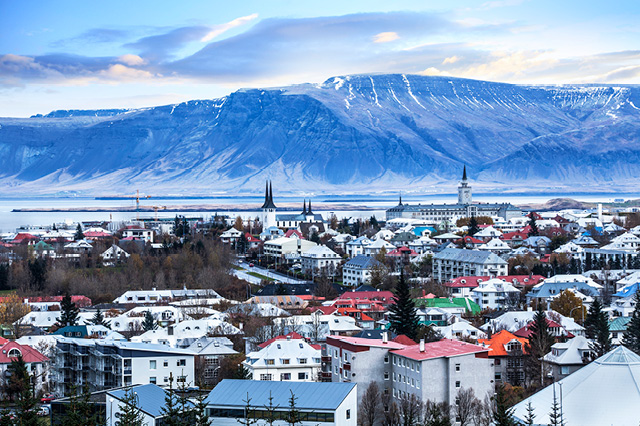 For a long time, Iceland had been on my travel bucket list. When I finally made it there, it surprised me how accessible it is from the East Coast.

While the island country is close to the Arctic Circle, it’s not as remote as it seems. I took a direct flight from Boston and arrived in Reykjavik in less time than it takes me to fly to California.

Whether you’re in the country for just a few days or a longer stretch of time, guided tours are a popular option, especially for first-time visitors. Like most people, I was based in the capital city, Reykjavik, and headed out for daytrips to some of the country’s most dramatic sites, including spectacular hot springs, glaciers, lava fields, volcanoes and waterfalls.

The Blue Lagoon and the Golden Circle route are usually at the top of visitors’ itineraries, including mine. I was especially excited to soak in the Blue Lagoon after hearing about it from friends. Many people visit between September and April to chase after the northern lights, but that wasn’t my goal on this trip.

Reykjavik has a population of about 120,000. While that’s relatively small as far as capitals go, it seems large when you consider that Iceland’s total population hovers around 340,000. The cosmopolitan city is easily walkable.

Look into purchasing a Reykjavik City Card, which gives you access to a great selection of museums and galleries, unlimited bus travel, and access to the city’s thermal-fed public swimming pools. I visited one of the city pools and it was fun to mingle with locals whose daily swims and soaks are part of their routine schedule.

A visit to the Hallgrimskirkja church is a must. You won’t need directions to find it; its tall tower can be spied from almost anywhere in the city. Make sure to go to the top of the tower for amazing views.

As far back as the 12th century, Iceland discovered that its abundance of geothermal pools was a both a luxury and a benefit. Visitors today can enjoy a variety of deliciously hot public swimming pools and natural springs. The most famous is the Blue Lagoon, which is located in a lava field about 45 minutes from Reykjavik. The water temperature fluctuates between 98 and 104 degrees.

Visiting the Blue Lagoon can be an all-day affair if you choose. I only wish I had the time. I was there for a few hours, though; enough time to soak in the enormous hot spring, apply a silica mud mask to my face, and get a smoothie at the Lagoon Bar without ever getting out of the water. It was blissful.

The 200-mile-long Golden Circle drive includes three of Iceland’s best-known attractions: Thingvellir National Park, the Geysir geyser and Gullfoss waterfall. Many outfitters offer the immensely popular daytrip as an excursion, which is how I visited the sites in one day.

Thingvellir National Park is the site of Iceland’s ancient parliament, which dates to 930 and met there until 1798. It is also where the North American and Eurasian tectonic plates meet. The plates are slowly separating from each other, creating deep fissures in the ground.

Next up is Haukadalur, a geothermal area that’s home to the famous geysers Geysir and Strokkur. Wait around long enough and you’ll be rewarded with Strokkur shooting water up to 100 feet up in the air.

The last stop on the Golden Circle is Gullfoss, where the Hvita River roars down three separate drops before continuing south. On a sunny day, you might just glimpse a rainbow, like I did.

Visitors often come away from Iceland vowing to return – as did I. It’s a place I want to share with friends and family. So even though you may check it off your bucket list, Iceland might just become a destination you’ll want to experience again and again.