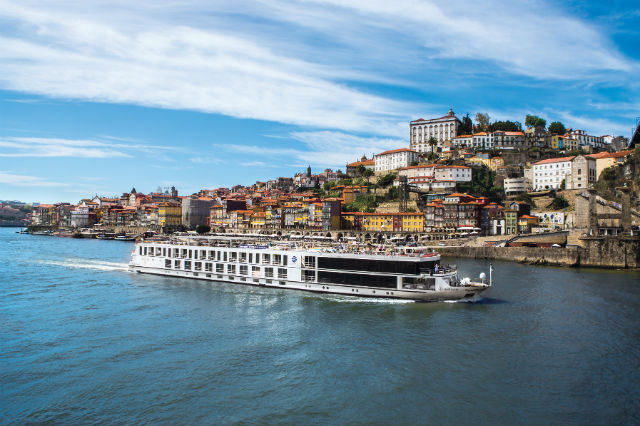 Once one of the world’s strongest economic, political and military powers, the country of Portugal today is known for its charming hillside vineyards, pristine white sand beaches and as the home of one of the globe’s most famous soccer players, Cristiano Ronaldo.

Of course, this country of 10 million residents has become an increasingly popular tourism destination for more reasons than a famous footballer. It attracts curious travelers with a palate for culture, great wines and ancient architecture.

Uniworld River Cruises is leading the way in this space with several group travel offerings that sail through the Douro River Valley and give visitors ample time to enjoy its vibrant, picturesque landscapes from the deck of the intimate 116-passenger Queen Isabel – named after the country’s beloved 16th century queen.

Save on Uniworld River Cruises

AAA Members save up to $500 per couple on Uniworld River Cruises!

Shore excursions in the historic towns along the river give guests the chance to walk iconic marketplaces, eat exceptional foods and taste the unique port wine varietals for which the region is known. Better yet, many Uniworld river cruises let guests choose from two or more shore excursion options per city, which allows travelers to combine the benefits of group travel with the freedom of customizing their trip.

It is common for a Douro River Valley cruise to start or end three hours away in Lisbon, the nation’s capital and its largest city. This colorful hilltop metropolis is where the Portuguese empire was formed in the 15th century and its lavish architecture is a testament to the power – and great wealth – its kings once possessed.

The Manueline gothic architectural style Portugal is known for is on full display in Lisbon, with the 500-year old Jeronimos Monastery and the Tower of Belem serving as the best examples of its complexity. Another must-see attraction in the city is the Monument of the Discoveries, a 165-foot-tall statue that celebrates Portugal’s Age of Exploration during the 15th and 16th centuries. Its eastern side features stone renderings of the nation’s most famous explorers, including Prince Henry the Navigator and Bartolomeu Dias.

While you’re in town, try some of the regional delicacies of Portugal and neighboring Spain. If you like salty foods, grab a plate of Lisbon’s tasty Bacalhau a Braz, which is made with salted codfish, scrambled eggs, olives and fried potatoes. In addition to loosening your belt loop, be sure to wear comfortable shoes, as you will likely do quite a bit of walking in this hilly town. If you don’t feel like hoofing it, take a cab over to the Santa Justa Lift, a 19th century iron elevator that transports passengers up a steep hill from the Baixa district Largo do Carmo. It also provides incredible views of the historic Lisbon city center.

After a few days in Lisbon, you will likely board a motor coach and head to Porto, the country’s second-largest city and a frequent launch point for a Douro River cruise. Proclaimed a UNESCO world heritage site in 1996, this northern Portuguese city was once a stronghold of the Roman Empire. It is also the namesake for what is perhaps the country’s most famous export, port wine. This sweet red wine is “fortified” with spirits, typically a brandy, and pairs well with cheese, nuts and chocolate. During your days in this laid-back city, you will have plenty of chances to taste the wines the city is known for, but save time to see the Stock Exchange Palace, the Romanesque Porto Cathedral and the Santa Catarina shopping district.

In Entre-os-Rios, you will likely visit the family-owned Quinta da Aveleda, a winery meets botanical garden, where you can taste port wines, green wines (“young” wines that are released after about three to six months) and aguardente, a Portuguese spirit made from, you guessed it, grapes. The sprawling vineyard is also home to a goat tower, a funny structure where you can watch Billy goats roam up and down a ramp on a sunny day.

Pinhao and Pocinho are other destinations you will likely experience on a Portugal river cruise, which means more wine tasting and relaxing countryside views. In these towns, you can elect to be driven down scenic country roads to family-owned villas, where you can not only taste the wine, but also learn about the 80 or so grapes approved to make it and the six grape varieties that dominate the industry.

As your ship continues east, you will eventually enter the Coa Valley, home of Portugal’s first archaeological park, Foz Coa. The park has three sites that are open to the public and guests can take guided tours to look for prehistoric rock carvings amid the sharply sloped landscape.

While on board, make sure you get your fill of Portuguese cuisine, which many people consider the best kept European culinary secret. Dinners onboard Uniworld’s Queen Isabel include high-quality, locally sourced versions of iconic Portuguese seafood dishes that will delight your taste buds. And when you’re in cities like Lisbon and Porto be sure to try some chourico, a less fatty version of Spanish chorizo, and bifanas, a sandwich stuffed with pork marinated in white wine and garlic then deep fried.

On your Uniworld river boat, expect the finest accommodations in river-view staterooms and suites decked out with floor-to-ceiling windows, full balconies and free Wi-Fi. Your bed will be draped in fine linens and your closet will be stocked with slippers, a hair dryer and a safe. When you’re ready to kick back and relax, enjoy the flat-screen TV or iPhone player to help ease you to sleep.

Travelers typically turn to European river cruising for a more peaceful alternative to ocean sailing. These smaller vessels can navigate watercourses large cruise ships can’t and that benefit results in an experience that is cozier – and romantic. Uniworld’s slogan is “You Deserve the Best,” and with a river cruise through Portugal, that is exactly what you will get.

Looking to book a European river cruise with Uniworld? Is Portugal calling your name? Browse upcoming cruise departures from Uniworld. 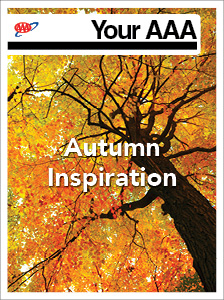