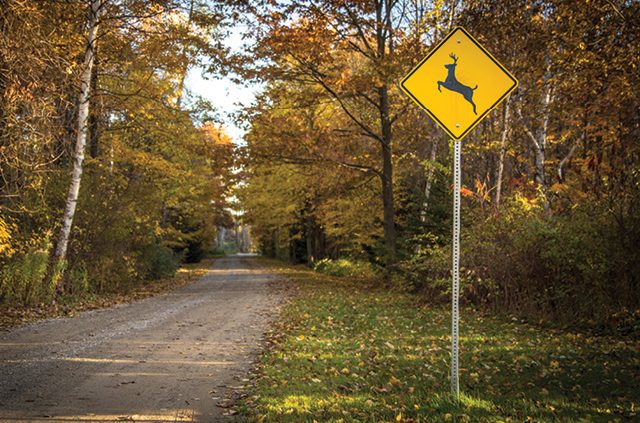 Although signs along roadways alerting drivers to potential animal encounters are common. Some places have created special road crossing areas for wildlife.

Why did the chicken cross the road?

Probably for the same reason as the deer, or the turtle, or the turkey, or the squirrel, or the chipmunk, or the possum, or the moose.

Drivers share the road with a whole host of furry and feathered friends, sometimes with tragic results. Animal-vehicle collisions killed more than 5,300 people from 1975 through 2016, according to the Insurance Institute for Highway Safety.

You can avoid such crashes by consistently scanning the road and shoulders ahead of you while driving. AAA also recommends using high beams (if there’s no oncoming traffic), being extra cautious around dawn and dusk, and slowing down in areas with active wildlife populations, especially during hunting and mating seasons. 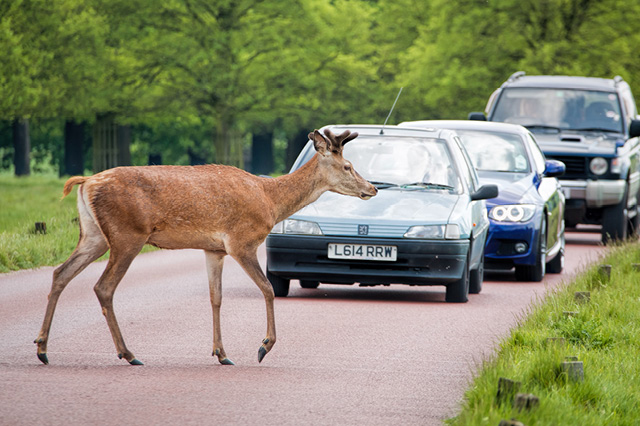 It’s always best to stop and wait for animals to cross. Don’t swerve around the animal or swerve into oncoming traffic.

If a collision is unavoidable, firmly apply your brakes and stay in your lane. Swerving to avoid an animal could make you lose control of your vehicle and lead to a more serious crash.

To help prevent such collisions, dedicated wildlife crossings have popped up on roads in the U.S. and around the world. Crossings help protect animals and preserve their habitats – and there are more of them than you may realize.

What appears to be an abandoned overpass across Interstate 78, near Scotch Plains, N.J., is actually a wildlife bridge protecting animals of a nature reserve. And in upstate New York, the state department of transportation partnered with The Nature Conservancy to help bobcats, martens and other animals use existing culverts (via steel mesh catwalks) to safely cross busy roads. 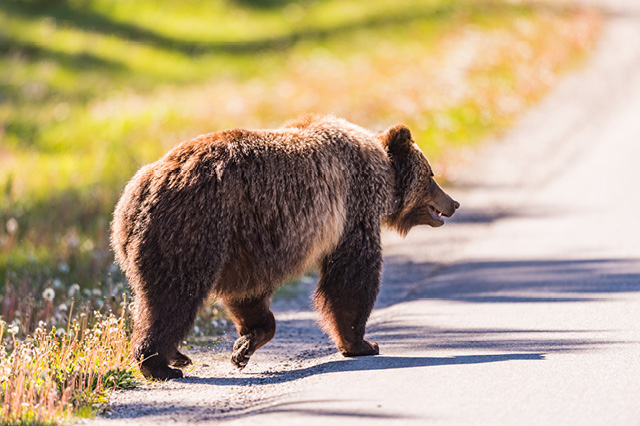 A grizzly bear crosses a road in Banff National Park in Alberta, Canada. The park is home to more than three dozen wildlife crossings.

With 44 wildlife crossings, Banff National Park, in Alberta, Canada, is a perfect example of how highway design can protect motorists and animals. Eleven species – including grizzly and black bears, wolves, coyotes, cougars, moose, elk, deer, bighorn sheep, wolverines and lynxes – have been recorded using the crossings.

What do you do while driving to stay safe from animals? Leave us a comment to let us know!