For a dazzling experience unlike any other, see an insightful, awe-inspiring Shen Yun performance during their 2020 tour. 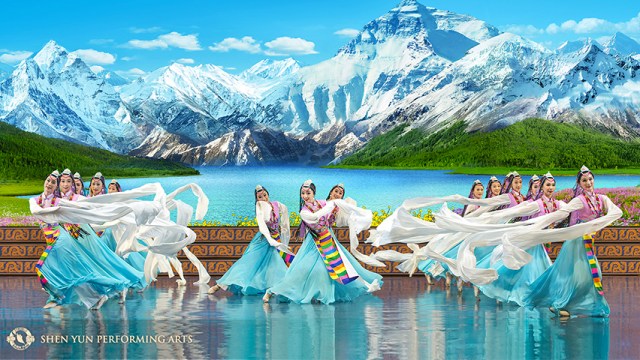 While there’s nothing quite like seeing a live, musical performance, the energetic orchestral music, classically trained dancers, breathtaking costumes and innovative animated backgrounds of a Shen Yun performance are simply not-to-be-missed.

During this sensational performance, you can learn about traditional Chinese culture, dating back 5,000 years, that has nearly disappeared from modern China. Not only is the show enlightening and eye-opening it also leaves audiences feeling uplifted and inspired.

China was once called Shen Zhou or “The Divine Land.” Its culture was heavily influenced by spirituality and the belief that their traditions came from the heavens. People of that time followed the course of nature and aspired to harmony among heaven, Earth and humanity.

What are the 9 characteristics that make Shen Yun unique?

Though you won’t find Shen Yun thriving in China today, traditional Chinese culture has survived thanks to some inspirational artists.

Shen Yun Performing Arts is a nonprofit organization with the goal of reviving China’s traditional, uniquely beautiful culture – that had nearly faded from existence – and share it with the world.

Since its conception by a group of Chinese artists in 2006, Shen Yun has become an international phenomenon, with millions of people enjoying the stories, music and dances of an older time.

A live performance is impressive when the performers are disciplined and talented, but what makes a show truly amazing is the chemistry between the artists.

While the show’s artists are highly skilled, there’s also the sense of a shared journey. The artists not only perform together, they meditate and study teachings together, too. This camaraderie carries into their performances, making for even more memorable audience experiences.

Dance as an Art

The classical Chinese dance that Shen Yun performs can trace its origins back thousands of years. This type of dance features impressive flips and spins as well as gentle elegance, managing to strike a balance between serious acrobatics and graceful dance.

Equally athletic and expressive, the show’s dancers are some of the best in the world. What’s more, you cannot find this exact kind of dance anywhere else. While others have made changes or mixed this dance style with others over the years, Shen Yun is unique in its classical, purist approach.

Performances feature folk and ethnic dances from over 50 distinct groups,as well as story-based dances. These “mini-dramas” tell the tales of heroes from the past and present.

The Shen Yun Orchestra combines the distinct beauty and spirit of Chinese music with the grand power and refinement of Western symphony orchestras. By utilizing the best musical practices from the East and West, Shen Yun is able to produce truly original music, bringing together traditional Chinese instruments like the erhu and pipa with Western brass, percussion and strings. Along with its uniquely diverse orchestra, the show also features vocal soloists. These gifted singers perform using the “bel canto technique,” which is similar to opera.

To call a Shen Yun performance visually appealing is an understatement. The costumes are not only stunning in terms of color and design, but they are also true to traditional Chinese aesthetics, reflecting the styles from a variety of dynasties, regions and ethnic groups.

The effort that goes into the stagecraft is also notable. The lighting, stage and sound design of these performances mixes traditional artistic techniques with modern technology to make for thrilling, seamless storytelling.

The use of digital projections creates an even more immersive experience, quite literally setting the stage for Shen Yun’s dancers and musicians. During singers’ performances, the traditional Chinese song texts are translated and can be seen on the backdrop, ensuring that audience members won’t miss a beat.

Each year, the ensemble travels for about six months, performing shows in 1,510 cities across the globe. Equally impressive is the fact that the show is constantly evolving. Shen Yun premieres new performances yearly by incorporating fresh choreography, costumes, digital backdrops, music and storylines into the show.

This year, the group will be performing in various cities across the United States from January through May. Check out Shen Yun Boston or Shen Yun NYC. Other nearby performances will be in Newark, N.J., Hartford, Conn. and Providence, R.I. Get tickets.

Whether you find yourself moved by the music, entertained by the stories or awed by the dancing, a Shen Yun performance will stick with you long after you leave the theater.

Would you like to see a Shen Yun performance? Have you ever been to the show before? Tell us in the comments. 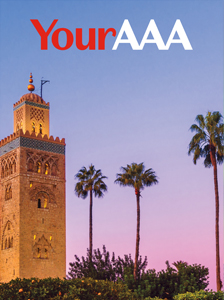