Disney asked for filmmaker James Cameron’s fictional exoplanetary moon, its floating mountains, alien wildlife and bioluminescent plants – and got it. No longer 4.37 light-years away in Alpha Centauri, Pandora – the World of Avatar descended from deep space to open last May at Disney World’s Animal Kingdom, in Orlando, Fla. This whole new out-of-this... 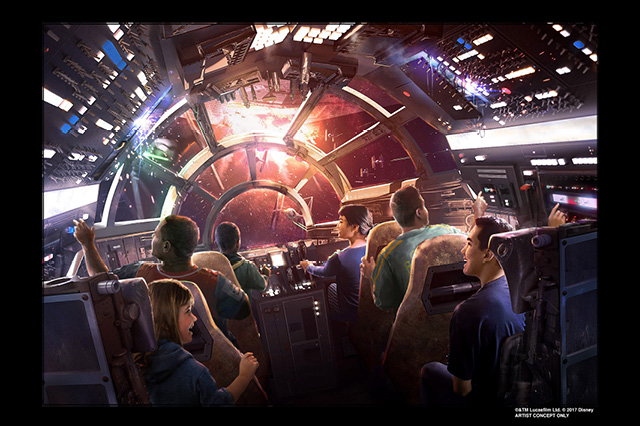 Disney asked for filmmaker James Cameron’s fictional exoplanetary moon, its floating mountains, alien wildlife and bioluminescent plants – and got it.

No longer 4.37 light-years away in Alpha Centauri, Pandora – the World of Avatar descended from deep space to open last May at Disney World’s Animal Kingdom, in Orlando, Fla.

This whole new out-of-this world creation and the gravitational pull of its two stellar attractions – Na’vi River Journey and Avatar Flight of Passage – have harnessed the hearts of many AAA members, including Lydia Link, 12, of Rhode Island.
She raved about Flight of Passage after visiting in August. She isn’t alone.

“Jeff and I are already talking about how we hope the kids are big enough when we go back because we want to take them on that,” said Karen Francoeur, of Massachusetts, after visiting with her husband and kindergarten-age twins in October.

The new attraction – arriving just ahead of Animal Kingdom’s 20th anniversary, this year – has been a giant boon for the park. And now Disney is setting off at warp speed for a space odyssey to span the years. Star Wars: Galaxy’s Edge is slated to join the Disney Empire next year with the Millennium Falcon, battle attractions and a space-age hotel.

The New Buzz at Disney

But there’s no need to jump to hyperspace for cosmic thrills.

The buzz around Disney for 2018 is Mr. Lightyear himself, as Hollywood Studios looks to welcome the space ranger, Woody and the rest of the “Toy Story” gang to new 11-acre digs in Andy’s backyard this summer.

Everything in Toy Story Land, including a quick-service restaurant that looks like Woody’s lunchbox tipped on its side, will be built to larger-than-life scale.
“You are shrunk down to the size of a toy,” said Michelle Baumann, a Disney spokeswoman. “It’s a pretty significant expansion.”

Orlando isn’t the only place where Buzz and his crew will make an appearance. Watch the night sky over Disneyland in Anaheim, Calif., for a special flyover as part of Pixar Fest.

Beginning in April, the limited-time celebration will feature “Together Forever – a Pixar Nighttime Spectacular.” Dazzling fireworks set to memorable music will burst and boom in the night sky as favorite Disney-Pixar pals and their stories are projected throughout the park.

The Pixar Play Parade will take to Disneyland’s Main Street U.S.A. for the first time, while the Paint the Night parade will return, this time to one of Disney’s longest parade routes in Disney California Adventure Park.

Back in Orlando, cheers are sure to sound when the ESPN Wide World of Sports Complex opens its new 8,000-seat, 300,000-square-foot indoor stadium early this year. Designed to host cheerleading and dance competitions, the flexible space divides into as many as four smaller areas and can house other sports such as basketball and volleyball.

And as it celebrates its 35th anniversary, Epcot Center is undergoing a metamorphosis, marrying more caprice with culture along the lines of Elsa and Anna’s Frozen Ever After attraction in Norway’s pavilion – without forsaking its focus on the future. In July, officials revealed that new “Guardians of the Galaxy” and “Ratatouille” rides are in the works, and Epcot will also be a stop on a proposed gondola system connecting sites within the park.

“It’s been an amazing 35 years,” said George A. Kalogridis, president of Walt Disney World Resort. “And as we look toward the future, there is so much more on the horizon.”