The Truth About Distracted Driving 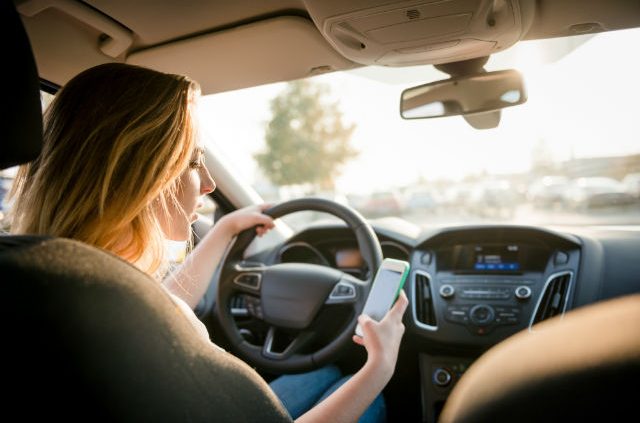 With so many drivers on the road – all with something blinking, ringing or chatting nearby – it’s important to be wary of distracted driving. Several states prohibit motorists from using phones while driving. But there’s more to this increasingly common road problem than just phones.

Think you know everything about the dangers of distracted driving? Read on to be completely in the know, thanks to research from the AAA Foundation for Traffic Safety.

Distracted driving is a huge concern

Distracted driving affects everyone, and it’s become even more of a concern over time. The majority (87.5%) of those surveyed for the foundation’s annual Traffic Safety Culture Index, which identifies driver attitudes and behaviors, said distracted drivers have become a bigger problem than in previous years. This concern came ahead of:

Should there be a cellphone/smartphone ban?

So, does this mean most people are for a total ban of cellphone/smartphone use while driving?

The majority of those surveyed (87.6%) approve of legislation that prohibits reading, typing or sending a text message or an email while driving. 73.4% also support a ban on holding a hand-held cellphone while driving. And in the latest survey, 58% of drivers say talking on a cellphone behind the wheel threatens their personal safety, while 78% believe texting is a significant danger.

But what about a total ban on using cellphones while driving altogether? As far as a total ban goes, only 40.9% are in favor of such a rule.

How drivers use their cellphones factor in to how secure others feel on the road. For example, more people view drivers who text and email on their phones as a more of a threat (98.6%) than drivers who talk (87.7%) on their phones. Yet, within 30 days of taking part in the survey, 44.9% of drivers admitted to reading a text message or email while driving, and 34.6% actually typed or sent a message.

In addition, 69% of drivers are more accepting of drivers using a hands-free cellphone rather than a handheld. 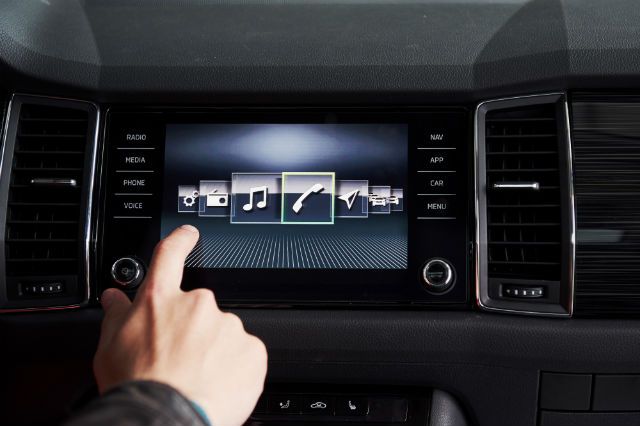 Do drivers practice what they preach? A large percentage of drivers (95.6%) said texting or emailing while driving is unacceptable. But, roughly 1 in 3 drivers admitted to having done just that within the past 30 days at the time the survey was conducted. And in the most recent AAA Foundation for Traffic Safety study, nearly half (49%) of drivers report talking on a hand-held while driving while nearly 35% have sent a text or an email. The main takeaway is fellow drivers should do as they suggest and not as they do.

Technology in cars also is a distracted driving issue. In a different survey in conjunction with researchers at the University of Utah, AAA evaluated car technology in 40 car models from the past two years. The survey focused on different components of the technology and the amount of time drivers took to complete several tasks. It also focused on the cognitive and mental demands that these technologies required.

The drivers were asked to use voice commands, touch screens and other technologies to call, text and program audio entertainment or navigation while driving.

Programming navigation proved to be the most time-consuming task for drivers. The average was 48 seconds for in-car technology and 33 seconds for Apple CarPlay and Android Auto. A driver traveling at 25 mph goes the length of three football fields during this time.

More than half of the technology systems surveyed had high to very high demands on drivers. Although the study found that Apple CarPlay and Android Auto have lower cognitive and mental demands on drivers, they still require attention.

Distracted driving has a strong link with car crashes that is widespread in all age groups. More than 60% of crashes involving younger drivers are linked to distracted driving, and a majority of drivers aged 65 and older – nearly 60% – have used their cellphone while driving. More than a quarter of these older drivers have also engaged in these risky behaviors with a child under 17 years old in the back seat.

Additional research also shows that drivers who talk on a cellphone are four times more likely to crash and the ones who text are eight times as likely. In a recent survey, nearly half (49%) of drivers surveyed mentioned that they’ve talked on a hand-held phone while driving and nearly 35% have sent a text or email.

Distracted driving is a real risk to everyone on the roadways, and officials are taking notice. Sixteen states – including Rhode Island, Connecticut, New Hampshire, New Jersey, New York and Vermont – ban hand-held cellphone use while driving, according to the National Conference of State Legislatures. This summer, pledge to not be distracted while driving.

What do you do to ensure you’re not distracted behind the wheel? Let us know in the comments.

This was post originally published in 2018 and has been updated.