The Road to the National Parks

1 COMMENTS
AAA » The Road to the National Parks 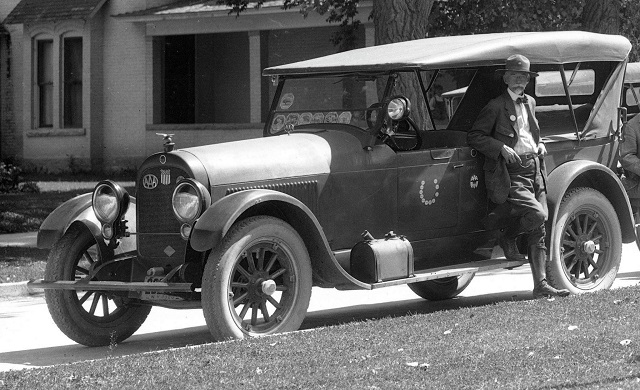 AAA may be best known for helping to clear the roads. But it has an equally impressive history of creating roads.

In 1917, Stephen T. Mather was named the first director of the National Park Service. One of his first orders of business was to increase attendance at the parks. With automobiles becoming more affordable – and thus more common – it was a goal he felt could be reached. There was only one problem: there were no roads. The national parks in the western United States were in remote locations. If there were any paths leading to the park, they were mostly dirt roads, difficult for automobiles to traverse. Only wealthier individuals could afford to travel by train. In addition, there hadn’t been any reliable mapping done of the area, making travel extremely difficult.

Out of this, the idea for the National Park-to-Park Highway was born. This new route would connect what at the time were the 12 National Parks in the American West. To create the route, Mather enlisted Anton Westgard, AAA’s pathfinder.

“As AAA’s pathfinder and field representative, Westgard continued to cross the country several times and wrote extensive advice for other motorists,” said Brandon Wade, director of the documentary “Paving the Way,” which chronicles the creation of the Park-to-Park Highway. “His work on the Park-to-Park Highway of 1920 was his last contribution to AAA.”

Westgard mapped the route through 11 states, connecting all 12 parks. On Aug. 26, 1920 he led a group of motorists on a AAA-sponsored, 5,000-mile, 76-day pilgrimage along the newly designated route.

At the time, the Park-to-Park Highway was the longest motor route in the country. Coupled with the introduction of the automobile, it allowed people of all walks of life to visit these majestic locations and brought to life the National Park System’s campaign of “See America First.”

One Thought on “The Road to the National Parks”