Your Story: Adventures With Classic Cars

We asked our members to tell us about their classic cars and the response was overwhelming. Here are five standout stories of antique rides. 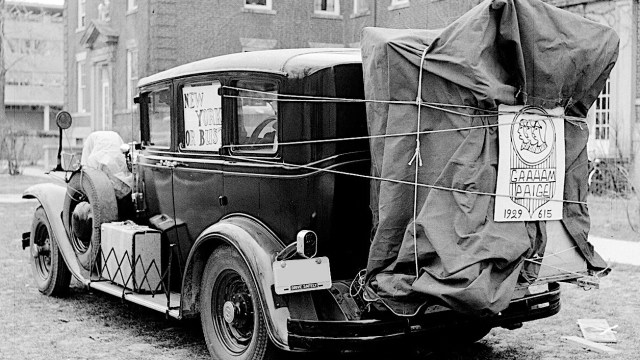 There’s something about a classic car that stirs sentiment in all of us.

There is the beauty of bold lines, showy adornments and a shiny grill. There is the rumble of an engine that screams power and speed. There is appreciation for the ingenuity of its designers as well as the craftsmanship of its builders – and those who painstakingly restored them. But mostly, there is a sense of nostalgia for times gone by.

We asked members to share photos of their classic cars for a Photo Session: Show Us Your Wheels feature. Some members also shared the fond memories behind their wheels.

Andy Wittenborn, a AAA member from Pleasantville, N.Y., has never owned a new vehicle and never wanted to.

His 1929 Graham-Paige was already antique when he purchased it in 1957. And over the next decade, it took him across the country to pursue his interests in steam locomotives and photography.

Wittenborn always loved trains but didn’t fully develop an appreciation for cars until college in Indiana. That’s where he bought the Graham-Paige for $250. It hadn’t been used in a while. There was old gas in the tank, and when he tried to start it, the valves partially seized. But the owner, a machinist, was able to fix it before handing it over. Wittenborn put a high-fidelity speaker in the trunk and drove it home to Scarsdale, N.Y.

Then, Wittenborn joined the U.S. Army as a photographer. He was stationed in Germany, so the car sat unused for more than two years. When he returned to civilian life, he resurrected the Graham-Paige. He liked its unique features, such side rails for storage and blinds in the rear windows. But it also had wood-spoke wheels, which went flat often. So, he usually carried a couple of spares in the side rails. The car was always in need of some repair, and Wittenborn did most of the work. He was so confident in the old car, he didn’t hesitate to drive it on long road trips, including an epic journey cross-country in 1965.

His friend from the Army asked him to come out to northern California where he was working on a project for the U.S. Forest Service. So Wittenborn set out from New York on a three-week trip, with lots of pit stops.

“I would drive during evening until 1 a.m. and then pull off. I drove across the Midwest on interstate 80 at 45 mph, and the car was happy. As soon as I hit Rocky Mountains, it started overheating,” he said. “On the whole trip, I had nine flat tires.”

When he arrived in California, people were surprised by the old car. Wittenborn joined the project for a couple of weeks, then he and his friend left for home on an indirect route to see various railroads. It was slow going because of car problems and dwindling funds. They took temporary jobs building houses in Colorado before hitting the road again, eventually making it back to the East Coast.

Wittenborn cherishes the memories of the Graham-Paige, though he’s owned other antique cars since. He has a fondness for Franklins. He and his wife used his 1933 Franklin in their wedding announcement, and they are members of the H. H. Franklin Club. He’s the club photographer.

Rolf Beuttenmuller, a AAA member from Bellport, N.Y., gets a lot of questions when he’s driving his 1970 TVR Vixen S2. Most people have never heard of it.

The British-made car is rare – one of only 424 built and 177 exported – and highly sought after, according to Beuttenmuller. They were hand-built on a tubular frame with a fiberglass body, and the mechanicals were by other manufacturers, he said. 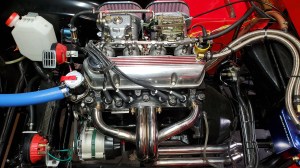 His car has a 1.6-liter Ford Cortina GT engine. It was recently rebuilt by a professional, taking it from 92 to 150 horsepower on a small-bodied vehicle that weighs only 1,600 pounds.

Otherwise, Beuttenmuller has performed most of the repair work himself, including two frame-off restorations. He also stripped and repainted it the current red, and completely rewired it.

“It’s now a reliable driver with lights that don’t flicker on and off. Electrics in British cars are notoriously bad,” he said.

Beuttenmuller bought the Vixen used for $2,400 in 1972, when he was in the U.S. Air Force stationed in England.

He will always remember his test drive.

He started off slowly and cautiously until the owner told him he had to “kick it in the butt” to fully appreciate it. Then, he fell in love.

“I didn’t care that it is the most impractical car I have ever owned,” he said.

Fifty years later, he feels the same exhilaration when he’s behind the wheel.

“I have to rein in the teenager that lurks within me when I hit the pedal. It is like driving a large go-cart,” he said.

Ed Pater, a AAA member for Wolcott, Conn., purchased his 1964 Chevelle Malibu two-door sport coupe in 1988. It had only 58,641 miles on it, though it had traveled around the country and oversees with its original owners, a military officer and his wife.

“They bought it new. I have the original paperwork and title,” Pater said.

It didn’t have the horsepower or the bucket seats it has now. Pater made those modifications and more.

“In 1990, I had my friend give it a wild strawberry paint job. And, that’s how you see it now,” Pater said. “The door panels, dash pad and headliner are original, though.”

As a founding member of the former CT Chevelle Connection car club, Pater took the car out for show much more than he does now.

“It only comes out when I find the time to hit a cruise night, but it does bring out the ‘kid’ in me,” he said. “I try to drive it during summer months. In all the years I’ve had it, I don’t think it’s ever been in rain, let alone snow.”

Jack Sheehy, a AAA member for Sterling, Mass., has owned his 1965 Austin-Healey for about eight years.

“It has a gorgeous body style, a beautiful walnut dashboard, and its inline 3,000 cubic centimeter, 6-cylinder engine purrs like a kitten,” he said.

The car gets a lot of use in the summer, when he and his wife visit car shows.

“We even win an award every now and then,” he said.

It’s only broken down once, on the Lowell connector, right after he purchased it. He and his daughter pushed it off the road, then Sheehy called AAA and got a tow the rest of the way home.

Sheila Almond, of Goshen, N.Y., likes the looks of her husband’s 1932 Chevrolet as well as the looks they get from people when they roll around in it.

The exterior is wild strawberry red with gold trim. The interior is dark red. The 350- horsepower motor is detailed in chrome, and the structure is wood.

They’ve owned the five-window coupe with a rumble seat since 2016.

“It was a retirement present for my husband, who never thought it would be possible to own his dream car,” Almond said.

Do you have an antique vehicle? Tell us about it using this form, and we may add your story to this feature.

Whether you own a classic car for show or pure pleasure, you need the proper insurance. Learn the essentials of protecting your pride and joy.