As more states move toward legalization, AAA is educating the public about the dangers of drugged driving. 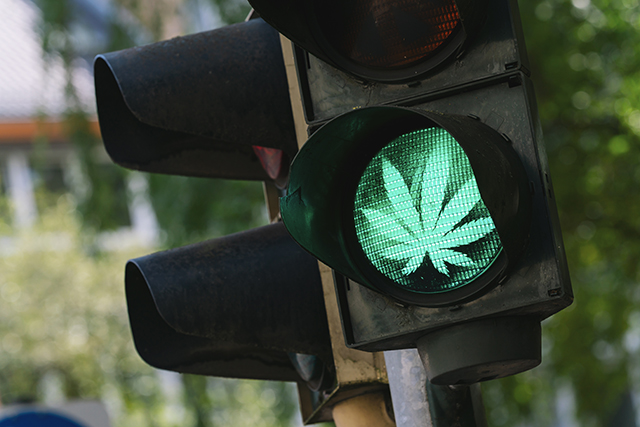 Marijuana legalization continues to become more common in the United States, including in our neck of the woods.

In March, New York became the 16th state to legalize recreational marijuana, several of which are right here in the Northeast. Late last year, New Jersey voters approved a ballot measure to legalize marijuana, which moved through the state legislature and became law in 2021. New York and New Jersey join Massachusetts as the three states in the AAA Northeast footprint where recreational marijuana use is legal. The Governors of Connecticut and Rhode Island have all expressed support for legalization, as well.

As more states move toward legalization, AAA is urging the public to educate themselves on the dangers of impaired driving. “Marijuana can impair driver performance, for instance, by decreasing reaction time,” says John Corlett, director of public and legislative affairs in New York.

Surveys by AAA also show that drivers that operate a vehicle under the influence of alcohol and cannabis, at the same time, are much more dangerous than drivers that drive after using either substance alone. In addition, data from AAA also indicate that cannabis users also routinely underestimate their level of impairment, Corlett said.

To educate drivers about the increasing risk of drugged driving, AAA Northeast offers a host of free resources to community groups and schools. Traffic safety educators are available to present virtual and in-person educational forums on impaired driving.

One such program is Shifting Gears: The Blunt Truth About Marijuana and Driving, a program designed for high school health education classes that aims to educate young drivers about the physical and cognitive processes that are affected by marijuana and the risks associated with impaired driving.

“This generation of new drivers will be the first to come of driving age in states where marijuana is legalized,” Gugliotta continued. “We need to stress that using designated drivers is just as important when marijuana is being consumed as when alcohol is consumed.”

Click here to request a program for your high school or youth group.

Learn more about the AAA programs helping to keep the roads safe for everyone.