Get to Know Your Car Battery Parts

Your car has many battery parts, all critical to keeping your car rolling. Get to know them here.

1 COMMENTS
Cars & Trucks » Get to Know Your Car Battery Parts 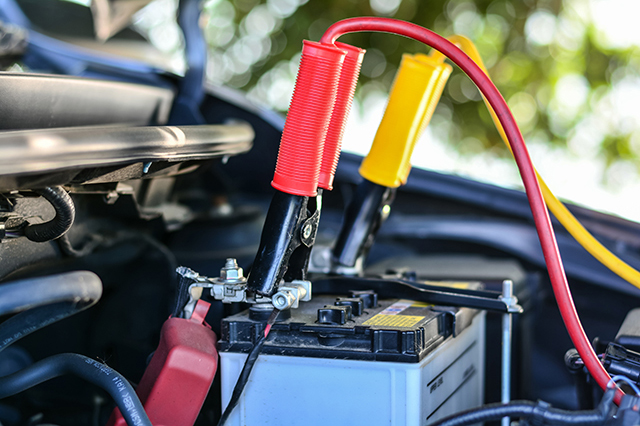 AAA rescued 32 million drivers in 2015. It was a new record, driven in large part by flat tires, key troubles and battery failure or problems with car battery parts.

A mix of new and old complications left many drivers with battery issues. Vehicles with keyless ignition suffered from drivers leaving their keys too close to their vehicles (which can drain the car’s battery), while cars between six and 10 years old had the highest proportion of battery issues. The latter was spurred largely by the typical battery life, which is between three and five years, and can be less in some areas.

To help you avoid hearing the dreaded dead-battery click the next time you need to be somewhere important, here is a Car 101 look at car battery parts.

Let’s begin with one of the most important car battery parts: The battery
A battery is a storage unit for electrical power used by a vehicle. Your headlights, windshield wipers, power windows, radio and 12-volt outlets all draw energy from the battery.

Are 12-volt outlets those holes I use to charge my phone?

Yes. Your parents and grandparents may have used them to charge cigarette lighters, too.

Why are they called 12-volt outlets?

Where is the battery in my vehicle?

Most batteries are under the hood. In some cases, however, batteries may be located in the trunk or beneath the rear passenger seat. This is typically done to balance weight or for space and design purposes.

If it’s somewhere I can’t see, how can I jump it?

Most vehicles with batteries located in the trunk or beneath the back seat have charging posts under the hood.

What are batteries made out of?

Most vehicle batteries are lead acid batteries. A casing, usually hard plastic, houses lead plates immersed in an electrolyte – a mixture of water and sulfuric acid.

How do they work?

Current pulled from the battery is generated by the dissolution of lead during a chemical reaction. This turns chemical energy into electrical energy.

Where does the lead come from?

An alternator replenishes your vehicle’s battery as you’re driving.

How does it work?

An alternator converts mechanical energy to electrical energy. It does so through the rotating of an electromagnet. Energy for the rotation comes from a drive belt, often known as a serpentine belt, which is powered by the engine. That’s why your alternator isn’t operating if your engine isn’t, and vehicle batteries are more prone to die if headlights or interior lights are left on overnight.

What gets an alternator started?

Your vehicle’s starter, which is powered by your vehicle’s battery, drives the rotation of the drive belt. That’s why your vehicle won’t start when your battery is dead – there is no power to initiate the starter. Jumping a vehicle, in effect, provides the starter power it can’t get from the battery.

You’ll often hear it’s a good idea to leave your car running for as long as possible following a jump start. This allows the alternator to resupply as much power as possible back to the battery, preventing though not necessarily eliminating another failed start.

When possible, a dead or low-power battery should be charged with a dedicated battery charger.

Are there other kinds of batteries than lead acid?

What about hybrids, plug-in hybrids and electrics? Do they use 12-volts too?

Sometimes yes and sometimes no. Hybrid vehicles may use a 12-volt battery to operate a vehicle’s computer or other accessories similar to a combustion engine vehicle. But hybrids also use a battery pack found in pure electric vehicles.

Electric vehicle batteries, which are several batteries connected to form a pack, are measured in kWh, an abbreviation for kilowatt-hours. The higher the kilowatt-hour rating, the greater the vehicle’s range. The 2016 Nissan Leaf’s 30 kwh, for example, are good enough for a range just north of 100 miles, while a Tesla Model S with an optional 90-kwh battery pack is said to have a range exceeding 300 miles in certain conditions.

Are there different types of batteries found in electric vehicles?

Yes. Electric vehicles use lithium-ion batteries. If those sound familiar, it’s because they’re also used in electronics such as cellphones and laptop computers.

Research indicates so. A 2014 study by AAA found electric vehicle range can be reduced by as much as 57 percent based on hot and cold temperature fluctuations.

Now that you know all about car battery parts, what car part or function do you want to learn more about? Tell is in the comments.

One Thought on “Get to Know Your Car Battery Parts”