The 2022 Electric Vehicles to Get Excited About

From reimagined classics to unprecedentedly efficient sedans, the electric vehicle class of 2022 has something for everyone. 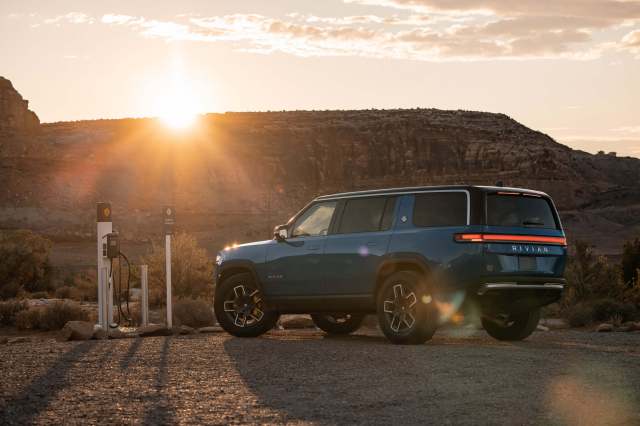 If you’ve been in the market for a new car, driven around a public parking lot or just turned on the news lately, you’ve come across electric vehicles left and right. EV sales have grown steadily in the United States over the past decade, yet they still comprise a minuscule percentage of the total automotive market share. But that may begin to change in a big way in 2022.

There are a number of reasons EV ownership could become more mainstream next year, but the most notable one may be the emergence of electrified trucks. The three most popular vehicles in America are pickup trucks. In 2022, we’ll see several EV pickups enter the market. There will also be more SUV and crossover EV options, in line with America’s growing preference for larger vehicles.

With that said, let’s get to the fun stuff. Here are just a few of the 2022 electric vehicles to get excited about.

The Chevrolet Bolt has long been one of the most popular EVs in the country. Expect that trend to continue as the hatchback has been newly redesigned for 2022. More notably, it’s being joined by the brand-new Bolt EUV, a compact SUV. Mechanically similar, the Bolt EUV offers the creature comforts of a larger model, including more cabin space and higher ground clearance. The crossover is also the first Chevrolet model to come with Super Cruise, parent company General Motor’s partially automated driving system.

The gas-powered Ford F-150 has been the best-selling vehicle in America for more than 40 years. As such, electrifying the truck could have a profound effect on the American driving public and has led many to refer to the Lightning as the most important EV ever.

Those concerned the electric F-150 sacrifices power for clean driving need not worry. The Lighting boasts 563 horsepower and 775 pound-feet of torque. All this with a 230-300 mile range and a starting price below $40,000.

It’s hard to imagine the once gas-guzzling Hummer being on a list of eco-friendly vehicles. But times, they are a-changin’. And indeed, the Hummer as we used to know it has changed quite a bit. Formerly its own brand, the Hummer EV is now a GM model. Although it has none of the gas-powered engines, it has all of the horsepower. Three electric motors combine to deliver 1,000 hp. That’s enough to get you from 0 to 60 mph in three seconds. And let’s talk about the crab walk. This unique feature uses four-wheel steering to allow the vehicle to move diagonally. And did we mention the roof comes off?

With wheels pushed to the farthest edges of the car, the Kia EV6 is a stylish looking vehicle that’s part hatchback, part station wagon, part SUV. Along with those good looks comes a 300-mile range, 167-320 hp and a full suite of standard safety and driver-assistance technologies.

Few cars of any type have garnered as much buzz as the Lucid Air. Why the hype? In September, the electric vehicle’s range was certified by the EPA as a record-breaking 520 miles. Range anxiety has long been one of the most significant hurdles in widespread EV adoption. The Lucid Air, and the technology behind it, could mark a significant milestone in emission-free driving. Add in its 0 to 60 mph in 2.5 seconds capability, 1,100 hp and uber-luxurious interior and you have one remarkable car.

Those shopping for an EV on a budget should take a hard look at the MX-30, which has a starting price below $35,000. If you’ve ever owned a Mazda before, you’re well aware of the carmaker’s ability to deliver more than the price tag suggests.

The MX-30 does have its downsides: At just 100 miles it has one of the shortest ranges in the EV market. To help offset this, Mazda offers customer 10 days of loaner Mazda vehicles each year to use for longer trips. MX-30 owners also receive a $500 EV charging credit to be used for public charging or the purchase of a ChargePoint home charger.

The EQS will be the flagship electric sedan for the German automaker. The car’s aerodynamic design with sleek lines and rounded edges optimizes efficiency and helps deliver an estimated 470-mile range. Mercedes hopes the EQS can chip away at the large electric luxury sedan segment the Tesla Model S has dominated for so long.

Nissan, makers of the popular Leaf EV sedan, is adding a crossover to its electric vehicle lineup with the introduction of the Ariya. Available with front- and all-wheel drive, as well as standard and long ranges, drivers can customize their vehicle based on preferences and budget. Let’s not forget the Ariya’s state-of-the-art features, including a head-up display, built-in Amazon Echo and NASA-inspired Zero Gravity seats.

When the Rivian R1T rolled off the assembly line this fall, it became the first all-electric pickup truck available in North America. Not a bad first foray into the EV world for the upstart American company. Rivian plans to make the R1T the EV of choice for off-roaders. It boasts a towing capacity of up to 11,000 pounds, 14.9 inches of ground clearance, ability to drive through 3 feet of water and rock crawl at a 100% grade.

The R1T’s sister model, R1S, is an equally impressive electric SUV. It has many of the same stats as the Rivian pickup but with a larger, seven-seat cabin complete with an all-glass panoramic roof.

To say the Cybertruck has been a polarizing figure in the automotive world would be an understatement – its futuristic appearance has garnered more than a few opinions. Still, if the vehicle delivers on its promise, it has a chance to revolutionize the EV market. According to the company, Tesla’s first truck will have the power of a pickup and the performance of a sports car.

Speaking of delivering on promises, the Cybertruck was originally slated to be on the road in 2021, so knowing the factory that will be used to manufacture the vehicle hasn’t even been completed puts some doubt into a 2022 debut. But, as of now, that’s the plan and you can already make your preorder.

Head to our electric vehicles page for more.

Interested in purchasing one of these EVs? Or any other type of car? Let AAA help you finance your new or used vehicle purchase with a low-interest car loan.

12 Thoughts on “The 2022 Electric Vehicles to Get Excited About”