What Are the Different Types of Electric Vehicles?

Before purchasing an eco-friendly car, there are several distinguishing features of the different types of electric vehicles you should know. 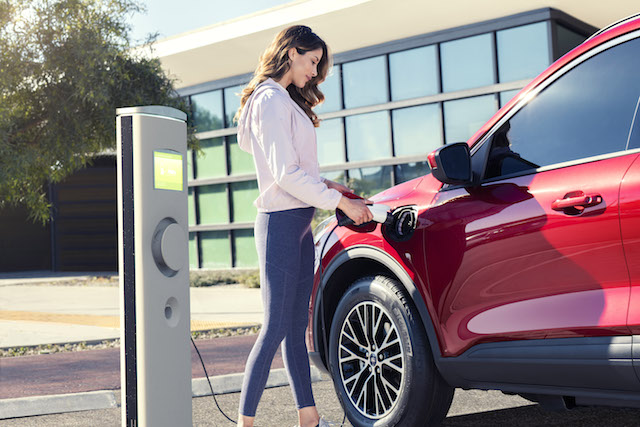 These cars are not one-size-fits-all. From the manner in which they are powered to how far they can travel and how much they cost, there are some important aspects to sort through.

As the name implies, hybrid vehicles use both a gasoline engine and an electric motor. The motor in conventional hybrids cannot be plugged into an electrical source to be recharged. Instead, the motor’s battery gets its power from the gasoline engine as well as by capturing energy when the vehicle brakes. This process, which converts kinetic energy into electricity, is known as regenerative braking. The motor works with the engine to reduce gas consumption or even allows the engine to turn off.

Conventional hybrids offer a significant step up in fuel efficiency compared to traditional cars. The 2021 gas-powered Toyota Corolla gets an estimated MPG of 31 city/40 highway, while the hybrid version starts at $23,500 but has an MPG of 53/52.

Plug-in hybrid electric vehicles are also powered by both a gas engine and electric motor. What differentiates them from conventional hybrids is the way in which the battery is charged. In addition to using regenerative braking, PHEV batteries are charged by plugging in an electrical outlet.

The main advantage of a PHEV over a conventional hybrid is its ability to run on electricity alone. According to the U.S. Department of Energy, most PHEV can travel between 20 and 40 miles using only the electric battery. Because of this, plug-ins are substantially more fuel efficient. The Honda Clarity, for example, has a 47-mile all-electric range and a combined city/highway MPG equivalent of 110. 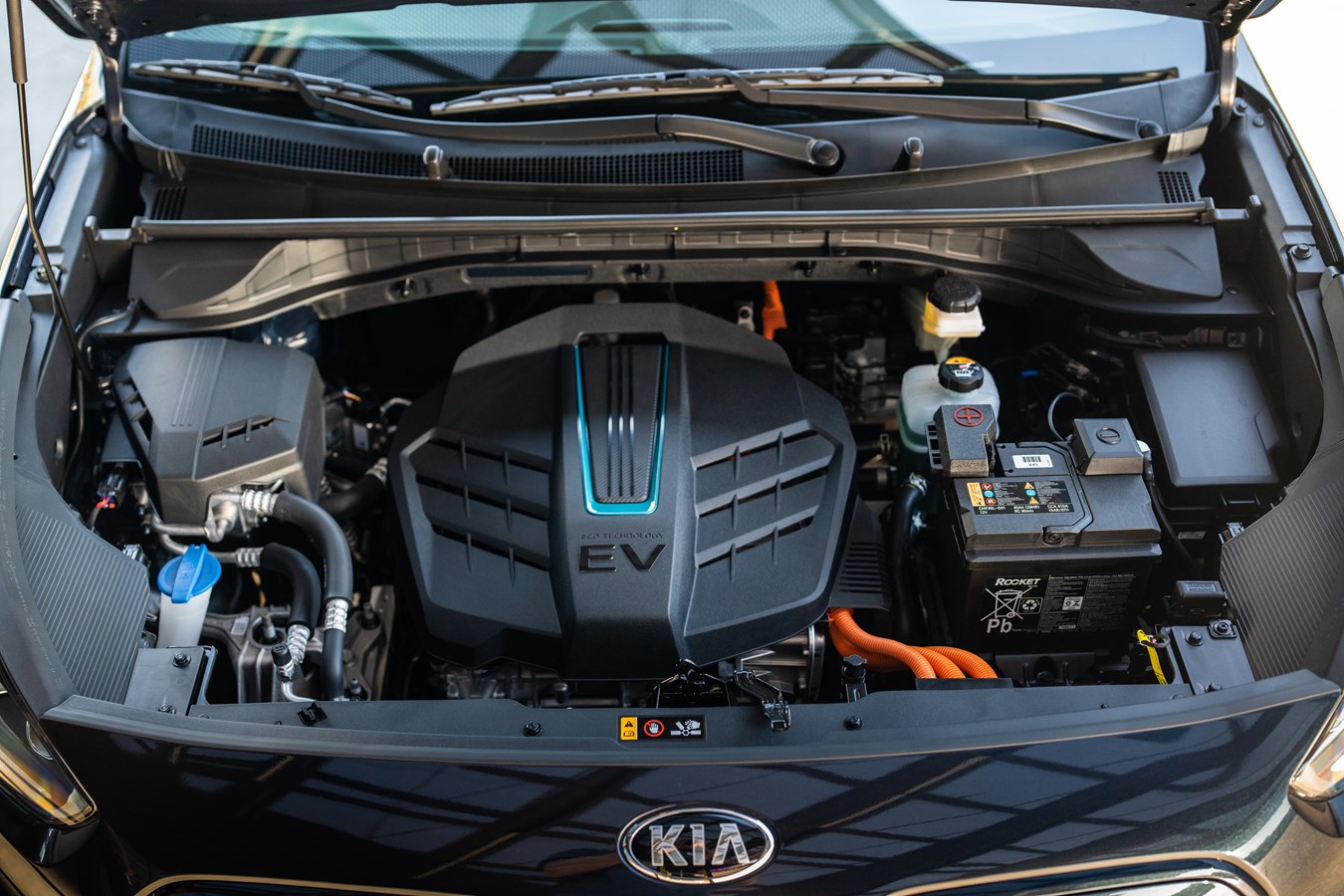 Battery electric vehicles are cars powered by internal batteries charged by plugging into an outlet. Unlike hybrids, BEVs do not have a gas engine and rely exclusively on electricity to run. The lack of an engine means that BEVs do not produce any of the dangerous emissions that traditional gas-powered vehicles do. (There are some emissions created by charging these cars.)

Because they do not rely on gasoline, BEVs have extended ranges. The Tesla Model 3, the best-selling electric car in the U.S., has a combined MPG equivalent of 113 and can travel more than 350 miles on a single charge. 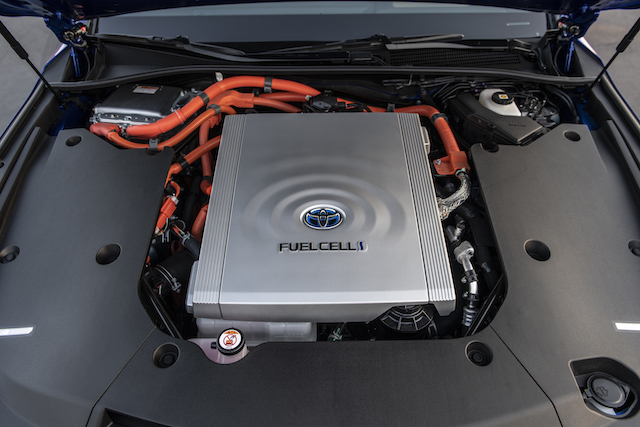 Hydrogen-powered cars are still an emerging technology. In fact, most FCEVs are currently only sold/leased in California (although the Toyota Mirai can be leased in Hawaii). But their potential – 400-plus miles of range, a refueling time of less than five minutes – means you’re likely to see them become more available in the near future as the refueling infrastructure grows.

The Cost of Electric Vehicles

Electric vehicles are generally more expensive than similar, gas-powered cars. Of all the types of electric vehicles, conventional hybrids are usually the least expensive. (The Toyota Prius has a starting MSRP below $25,000.) As you move into fully electric cars, the price goes up. You’ll be hard-pressed to find one below $30,000, while a luxury model can easily reach into the six figures.

Other savings brought in from electric vehicles offset some of these costs. The most notable savings come at the pump. A study by Consumer Reports found that fuel savings can reach $4,700 or more during the first seven years of owning an electric vehicle. The total ownership savings over a similar gasoline-only car, including repair and maintenance costs, ranges from $6,000 to $10,000.

Electric vehicles are also eligible for tax credits. The federal government awards credits between $2,500 and $7,500 for the purchase of qualified electric cars. Many state governments have similar programs. For example, New York provides a rebate of up to $2,000, while Massachusetts awards $2,500 for an all-electric vehicle and up to $1,500 for a plug-in hybrid.

Conventional hybrids do not need any external charging. They are powered by converting the vehicle’s own energy.

Plug-in hybrids and battery electric vehicles do need to be connected to an outside power source and there are options. Most owners will charge their cars at home. All electric vehicles can be plugged into a standard outlet. The only draw back to this method is the time is takes to recharge, usually eight or more hours. You can leave your car plugged in at night and be ready to go in the morning. But those who want to upgrade can install a wall-mounted charger in their home. This device delivers twice the voltage and cuts charging time in half.

The other popular option is using public charging stations. Though not as common as traditional fuel-pumping stations, the number of charging locations continues to grow. There are approximately 25,000 electric vehicle charging stations in the U.S. totaling roughly 80,000 charging outlets. Payment for the use of these outlets vary depending on the operator.

If you’re traveling a long distance, it’s always a good idea to plan out your route according to where you know you can get a charge. Motorists can find electric car charging stations with the free AAA Mobile app for iPhone and Android. The app can also be used to map a route, find discounts, book a hotel and access AAA Roadside Assistance.

Do you own an electric vehicle? If so, what type? Let us know in the comments below.

Learn more about all things automotive at AAA.com/Automotive.

8 Thoughts on “What Are the Different Types of Electric Vehicles?”

You’ve likely heard about electric vehicle tax credits. But do you know how much they’re worth or when they might run out? Here’s everything you need to know. 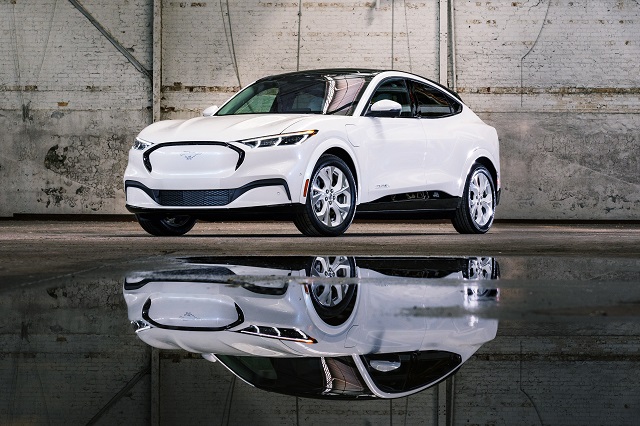 Each winner named in the 2022 AAA Car Guide is either an electric or hybrid vehicle. 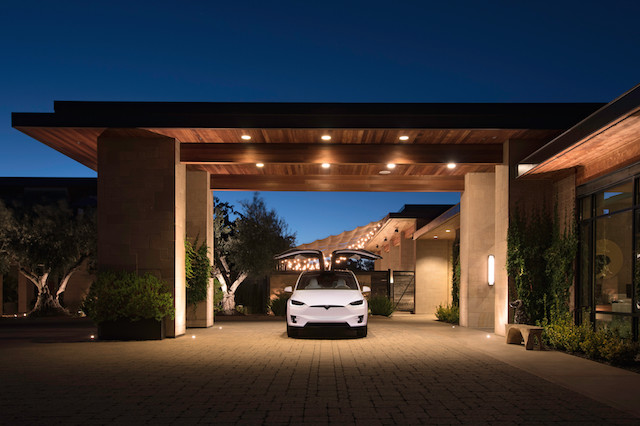 Are Electric Car Batteries Bad for the Environment?

Everyone knows about the clean aspects of electric car batteries. But there are a number of environmentally harmful ones that need to be addressed.