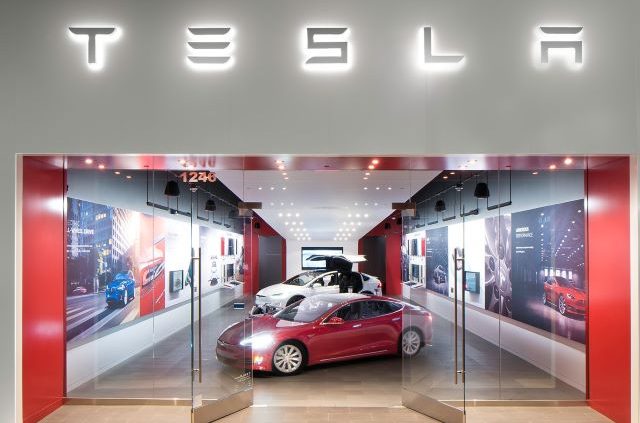 Electric vehicles are getting more popular by the day. According to the Edison Electric Institute, there are nearly 2 million electric vehicles on the road in the United States. And, by a wide margin, no other manufacturer has sold more EVs than Tesla.

While that alone might be enough to convince some buyers, there are some particularities about the cars that prospective owners should be aware of.

Here is everything you should know before buying a Tesla.

There are currently three Tesla models available for purchase today: S, 3 and X. The former two are sedans while the latter is a SUV. All three come in a Performance trim level and a less-expensive Long Range model.

In the upcoming years, Tesla also has plans to begin production on a second SUV labeled Model Y, a sports car called Roadster, and Cybertruck.

The Model S was introduced in 2012 and has been a market leader ever since. As of 2019, it has an EPA range of 373 miles, the longest of any electric vehicle. It features all-wheel drive and the ability to reach 0-60 mph in just 2.5 seconds. Tesla claims it is the quickest four-door sedan ever built.

Inside has seating for five adults and 28 cubic feet of storage. (Remember: without an engine, the front trunk becomes a cargo space). The interior also features a 17-inch center touchscreen that integrates media, navigation, communications, cabin control and vehicle data. Many functions are voice-activated to focus the driver’s attention on the road.

Tesla began producing this car in 2017. The sedan is similar to the Model S, except slightly smaller. It also has a shorter range (220 to 325 miles), smaller touchscreen and less of the Model S’s bells and whistles.

The most notable difference for potential consumers however, will be the price tag. At a starting retail price below $40,000, it is Tesla’s most affordable vehicle in its lineup. (The S can easily cost more than double). Due in part to its price, the Model 3 has been one of the top-selling electric vehicles in recent years.

This is currently the only SUV in Tesla’s lineup. Aside from the larger size, the Model X has some distinguishing features. Most notable are the rear Falcon Wing doors. These doors are hinged at the roof instead of the side. This allows for much easier entry and exit to the second — and third — row of seats inside the vehicle. It also has a windshield that stretches up and over the two front seats, providing riders a panoramic view of their surroundings. 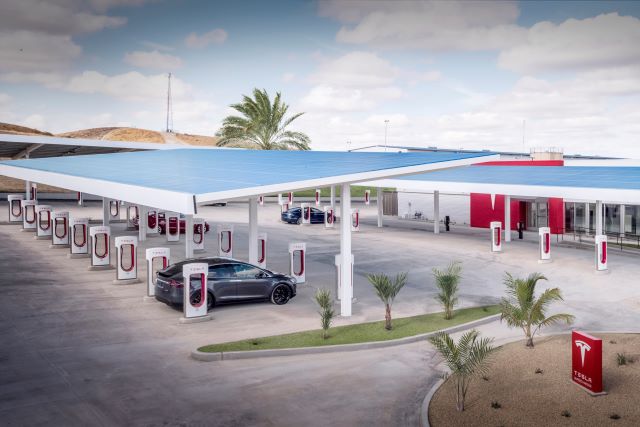 A Tesla vehicle can be charged anywhere there is an outlet. The cars come standard with a mobile connector (with adapters available for purchase) in order to use any electrical sources available.

Users can use the mobile connector at home. However, this method is rather slow. Using a traditional household outlet, only two or three miles of range will be added per hour. For this reason, Tesla recommends installing a wall connector for at-home use. These devices can deliver up to 44 miles of range per hour. An electrician or Tesla installation service is needed to install the wall connector. If traveling, drivers can charge the car’s battery at one of hundreds of private locations, such as hotels and restaurants, that have Tesla charging stations available.

The final charging option is unique to Tesla: Supercharging. Designed and built by Tesla, Superchargers are substantially more powerful than any charging method. They are capable of replenishing half of a battery’s charge in roughly 30 minutes. There are more than 1,800 stations around the world, combining for 15,000 Supercharger machines. around the world, strategically placed along well-traveled routes.

New owners of Models S and X vehicles have access to free unlimited Supercharging. However, Tesla has gone back and forth on this policy, so there is a chance they could reverse it again. Model 3 owners must pay to use a Supercharger.

Regardless of your charging method, the Tesla App allows you to monitor your charging status and receive charging-complete notifications.

Additionally, all models have their batteries located on the floor of the vehicle. This creates a low center of gravity and reduces the chance of a rollover.

Some safety concerns have come up regarding Tesla’s Autopilot system. This automated technology uses cameras and radar to create a suite of features to help in driving, such as cruise control and automatic steering. It is classified as a Level 2 automated system, according to the  U.S. Department of Transportation. Vehicles reach this level, also known as partial automation, when they have combined automated functions, such as steering and acceleration.

When used properly, this technology can add an additional layer of safety. However, like all autonomous vehicle technology, Autopilot is not a self-driving system. A driver still must always be behind the wheel, remain engaged and be prepared to take over at any time.

Convinced on buying a Tesla? Make sure to finance your new car purchase with AAA.