Be on the Lookout for Flood-Damaged Cars

With a shortage of new and used cars, flooded cars from the recent hurricanes may be making their way into the used car market. 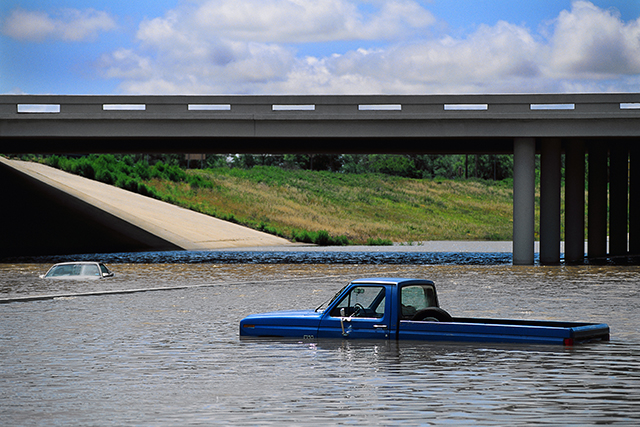 If you’re shopping around for a used vehicle, there’s a good chance you going to come across a flood-damaged car, whether you realize it or not.

Insurance companies often declare flood-damaged vehicles as total losses, and those cars are then sold to salvage companies. However, rather than being dismantled for parts, some of these vehicles are purchased by individuals who restore them to some degree of working order. AAA warns car buyers that water-damaged vehicles can be transported anywhere for resale, and often continue to appear in the marketplace for many months following major floods.

Historically, about 50% of flooded cars make their way back to the used car market, according to Carfax. That number can often increase following hurricane season. With the new and used car market suffering a severe supply shortage, many people are putting their vehicles up for sale in hopes of getting a good deal, meaning water-damaged cars could soon be flooding the market.

The Signs of a Flood-Damaged Car

So how do you know if you’re on the verge of buying a flood car? Start with the vehicle’s description. It may be referred to as “storm-damage” and could have a new title indicating it was an insurance total. Car history reports can help, but only if the car was put through a claim process.

Here are some other ways to check for water damage:

What Happens if Your Car Was Caught in a Flood?

If you are caught in a few inches of water, your car will most likely be fine. If the water leaked into the vehicle’s interior, however, there may be real trouble.

Here are some tips and steps to take if your car becomes flooded.

Have a question about flood-damaged cars? Leave them in the comments below.

Get a pre-purchase inspection by a trusted mechanic. Locate a AAA Approved Auto Repair facility near you.

One Thought on “Be on the Lookout for Flood-Damaged Cars”