How to Avoid a Deer Collision

Deer are more active in the fall months, increasing the likelihood of encountering them on the road. Here's how to keep you and the animals out of harm's way.

37 COMMENTS
Cars & Trucks » How to Avoid a Deer Collision 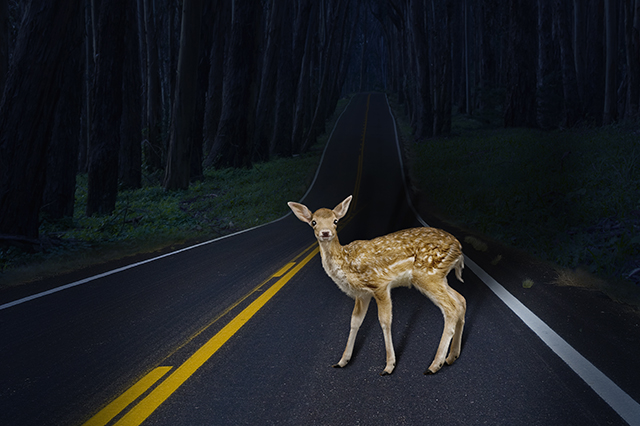 “Deer in the headlights” didn’t become a popular idiom for no reason. There are as many as 2 million collisions between cars and animals every year in the United States, according to the Federal Highway Administration. The vast majority of which involve deer.

Making matters worse, deer populations are growing at the same time animal habitats are being encroached and displaced by urban development. This not only increases the prevalence of deer collisions, but also means they can occur just about anywhere, including cities and suburbs.

The chances of coming across a deer while driving only increase in the fall, which coincides with deer hunting season. During these months, the animals are often on the move and inevitably wind up crossing roadways. Before you head out for your annual fall foliage road trips, study up on these tips to ensure you, your family and the wildlife stay safe.

Maybe the most obvious but undoubtedly most helpful step is to be on the lookout for “deer crossing” signs. These are your primary reminders to be on alert, use caution and, if necessary, reduce your speed.

“Deer Crossing” signs, depicted with a leaping stag, are placed by local towns and highway departments in areas known for high deer activity and/or where deer collisions have occurred in the past. They’re most often found in heavily wooded areas like parks and forests, as well as near water.

Consider the Time of Day

While we can never predict when a deer will jump out onto the road, we do know the time of day it’s most likely to happen. The animals are most active when they are grazing, which occurs during dawn and dusk. It’s also worth noting that because deer thrive during these hours, their eyes are well-adjusted to the dark, causing bright car headlights to temporarily blind them and stun them in place.

Sunrise and sunset are also particularly difficult times of day to drive (the road may be dark, or the sun’s glare could be in your eyes).

It’s crucial to be particularly vigilant when you’re driving through deer country around these times. If possible, plan your travels for a different time of day.

If a deer is in the road in front of your vehicle, you may be tempted to swerve around it. This, however, could make the situation much worse. Deer will usually move when they see a car coming, so swerving into another lane might just put you right back into the animal’s path. Additionally, you’ll increase the likelihood of losing control of your vehicle or crashing into another car.

Use Your Horn if You Must

Deer don’t want to see you any more than you want to see them. In fact, most large forest animals are actually quite timid and will run off at the first sight of a human. However, they may get too scared to jolt and instead freeze in the middle of the road. When this happens, bring your car to a stop and give the animal a moment to move. If this doesn’t work, flick your headlights on and off a few times. Only use your car horn (in short bursts) as a last resort. The noise may cause a deer to get aggressive.

You’re driving down the highway when you spot a deer gallop across the road 100 feet down the road. You’ve avoided a potential collision and now you’re in the clear, right? Not so fast. Deer seldom travel alone. If you see one, there will almost always be others nearby. Once a deer crosses, check both sides of the roadway to make sure another one isn’t following.

37 Thoughts on “How to Avoid a Deer Collision”