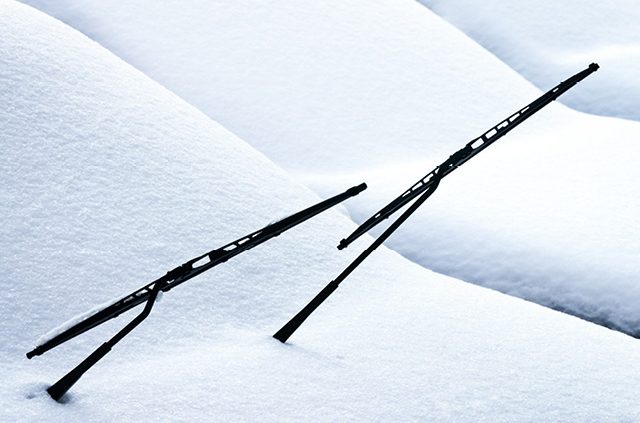 Your favorite meteorologist is calling for a wintry mix. The storm will develop while you’re at work, leading to a miserable evening commute. As you pull into the office parking lot, you notice that a healthy handful of your co-workers have popped up their windshield wipers.

That’s when your dilemma begins.

Do you follow suit? If you leave your wipers up, at least you know that you won’t leave work to find them stuck to the windshield. But some argue that you’ll still have to chip away ice from the wipers.

Our resident automotive expert, AAA’s Car Doctor John Paul, doesn’t do it on his own car.

But it also means you’re putting stress on the spring that holds the wiper arms against the windshield, he cautions.

On the other hand, Robert Sinclair Jr., manager of media relations at AAA Northeast, believes leaving windshield wipers up is a safe option.

“I don’t see any harm in it, though you still have to clean the snow off the glass,” he said.

Sinclair offers an alternate method for preventing wipers from freezing to the windshield.

“You can put a blanket over the windshield and weigh it down with some bricks prior to a storm,” he said. “The next morning, pull off the blanket and the windshield is clear.”

What do you do with your windshield wipers when you hear that snow is on the way? Do you leave them sticking up or flat against the windshield? Tell us in the comments.