The Life Cycle of a Car: Questions and Answers

Learn about the life cycle of a car from start to finish. How are they designed? What happens after they die? We explain the entire process.

0 COMMENTS
Cars & Trucks » The Life Cycle of a Car: Questions and Answers 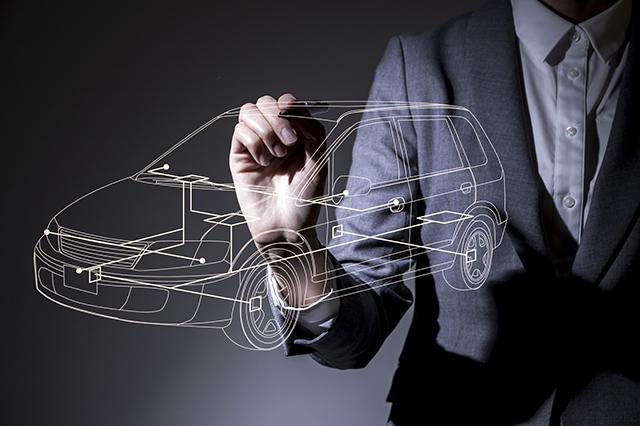 But whereas humans take nine months to enter the world, it can sometimes take a new car several years to become a reality. It takes an average of six years to go from the drawing board to the showroom floor – which is about as long as the average driver will keep his or her new vehicle.

Number crunchers are involved. So are marketers and engineers in white lab coats (I’m guessing that’s the dress code). That doesn’t even include the salespersons and vehicle owners who will come to know the car so well.

Join us as we explore the life cycle of a car from beginning to end.

How are cars designed?

Automakers look for what’s missing from their lineup, and how they can create a new car with the features and specifications drivers want. They identify who is going to buy the car and what “firsts” they can introduce into the segment. They do this through market research and competitive assessment – which basically means they scope out the competition and do what they can to make their vehicle better.

Once the initial invention stage is complete, the automaker creates sketches and eventually builds a model. Revisions are made, and made, and made, until what’s known as a design freeze, which is when the bosses say, “No more changes!” and the designers move on to something else.

If it’s what is known as a concept car, the automaker will show off its aggressive styling or new features at the next major auto trade show. Concept vehicles are rarely built as is, but rather used as a way to show off and build hype for what’s next for the company.

Back at the lab, the engineering rolls on with design and development of the chassis, powertrain and features. There are eventually feedback clinics with customers and tests for crashworthiness, fuel economy and aerodynamics.

After these tests are complete, safety and emissions certifications are issued, and the automaker begins the manufacturing process. Production methods are finalized, workers are trained and cars are built.

After all that – which could take five or six years – the automaker evaluates pricing and works on advertising the car to the masses. A couple of months later, the car hits your neighborhood dealership and is ready to be sold.

How long does it take to build a car?

It takes about 13 employee hours to build a Jeep Wrangler at the Jeep Toledo South plant in Ohio, according to a report in Motor Trend magazine. Most cars take a day to build, but high end cars like a Rolls-Royce can take several months, since pretty much everything but the painting is done by hand.

How long will my car last?

Cars are built better than ever. Thanks to improved technologies and fluids, the life cycle of a car is at an all-time high. A recent report from research firm IHS Markit said the average age of a vehicle on U.S. roads today is 11.6 years.

How can I make my car last longer?

Start by following the service schedule in your vehicle’s owners manual. This will tell you when to get important services such as oil changes and when to replace parts like belts and brake pads. Those who drive their vehicles in hot or cold temperatures, or who frequently drive in stop-and-go traffic, will likely need to service their vehicle more often. But if you keep it up, and do a little preventative maintenance – like replacing your battery or tires – you should be able to at least get close to the 11-year mark.

How are cars recycled at the end of the life cycle of a car?

Auto recycling is the 16th largest industry in the country. Each year, about 12 million cars in the U.S. reach the end of their lives, and about 95 percent are recycled. Almost every part of the car is recycled, including tires, batteries, steel, radiators, transmissions and more.

When the car hits the end of the line, it’s sold to a junkyard, drained of any fluids and stripped for parts that can be reused. It’s then crushed and sent to a shredder, where it is reduced to a piece of metal the size of a fist. Parts like the rubber tires are used to make things like pavement for roads. Glass is turned into tile flooring and kitchen countertops.

There you have it. The life cycle of a car from start to finish. If you are shopping for a new or used vehicle, check out the AAA Auto Buying Program here. The helpful member benefit can help you save thousands on the price of a new car, plus you can read reviews and see what others are paying for the vehicle you want.

What questions about the life cycle of a car did we miss? Tell us in the comments below!