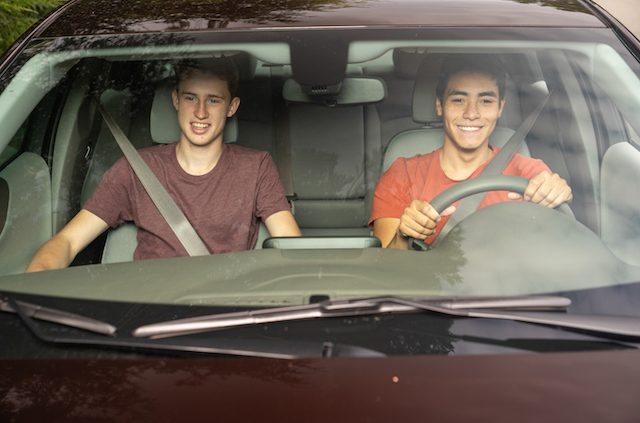 Distracted driving is one of the most serious problems plaguing America’s roads today. In 2018 alone, it caused nearly 3,000 deaths and injured an additional 400,000.

Distracted driving usually consists of preventative behavior such as talking or texting on your phone, eating and drinking, and changing the station on the radio. But what if you had a neurological disorder, specifically attention deficit hyperactivity disorder or ADHD, that caused you to have trouble paying attention? Furthermore, what if you were a young, inexperienced driver? What sort of problems would this create and how could we mitigate them in order to create safer roads for everyone?

These are the questions a group a researchers at the University of Massachusetts-Amherst is trying to answer. Led by Dr. Shannon Roberts, professor of mechanical and industrial engineering, and Dr. Jennifer McDermott, professor of psychology, the research team studied how ADHD impacted young people while driving and how automated technology may or may not effectively help this segment of vulnerable drivers. “We felt this research was needed because young drivers with ADHD are more prone to crashes and they are more likely to receive moving violations,” Roberts said. “As a consequence, some young drivers with ADHD avoid driving all together. However, advanced vehicle technology has the potential to help.”

To answer these questions, the team conducted two separate experiments. The first is a series of attention tests to determine young drivers’ abilities with respect to working memory, inhibitory control and selective attention. The second is a driving simulator experiment to examine the drivers’ skills in hazard anticipation, hazard mitigation and attention maintenance when they drive with and without automation. The results from both experiments were combined to find the correlation between attention profiles and driving behavior.

“What we found was that the technology hindered young drivers, regardless of whether they had ADHD, with respect to the eye glances – they looked away from the road more when they were driving with automation,” Roberts said. “But it helped them with respect to vehicular measures – they were able to maintain a constant speed when they used automation.”

Roberts and her team hope the results of this project can be used productively to inform policy and technology advancements. “Given the variation in ADHD symptomology, it’s difficult to come up with one policy or piece of technology that can address the problem,” she said. “However, what we know for sure is that there needs to be some sort of training to ensure that young drivers know how and when to use the technology. The technology can be useful in some situations, but it can also be dangerous in others. Having customizable or adaptable training will relay this fact to young drivers.”

Learn how AAA is working to keep the roads safe for drivers of all age.