After being involved in a fatal traffic crash, Shane Snowden tells her story in hopes it does not become yours. 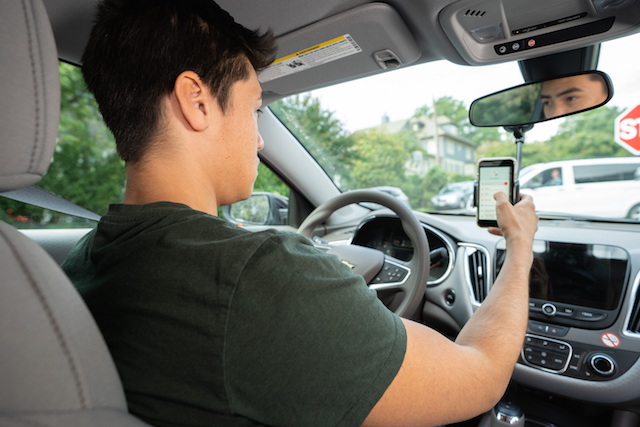 One late evening nearly 25 years ago, Shane Snowden was driving home on a rural California highway she had traveled hundreds of times before. She wasn’t under the influence. She wasn’t speeding or on her phone. Snowden was just driving along as her regular self. Everything was fine, until it wasn’t. As she rounded a curve, Snowden heard a thud unlike any other she had heard in her life. Before she knew it, she saw a young man sprawled across the hood of her car before rolling over the windshield and over her car.

The teenage bicyclist died instantly. Snowden was found not at fault, but for more than two decades, the experience has remained engrained in her heart and mind. It’s why she has worked tirelessly to ensure her story does not become someone else’s. In recent years Snowden has begun speaking publicly about the experience. To help spread the word about the importance of safe driving, Snowden founded The Crash Project, an organization that aims to encourage mindful driving and support for safety initiatives.

“There are a lot of loved ones telling their stories and they do a lot of good,” Snowden says. “My thought was, what if people thought about car crashes not only around how it feels to have a loved one die? What if we talked about another piece of that – how it feels to kill somebody as the driver? That’s something a lot of people have not had the chance to think about. They haven’t heard from drivers who’ve killed. That’s why I try to tell my story and speak out about road safety.”

While traffic fatalities have dropped over the last few years, pedestrian deaths are on the rise. In 2019, more than 6,500 pedestrians were killed in the U.S., the most since 1988. The pandemic has only further emphasized the need for a change in driver behavior and attitude. The number of traffic fatalities in the U.S. increased last year despite a significant drop in number of miles driven by residents. The National Safety Council estimates that more than 42,000 people died in car crashes in 2020, an 8% increase over the previous year and the most since 2007.

Snowden is still hopeful that change on the roadways will come despite the sobering statistics. She points to the widespread acceptance of safety measures such as seat belts, child restraints and designated drivers, all of which were not commonly used just a few decades ago. “I do believe people can change. I believe drivers can change. One driver at a time, driving differently, day by day, drive by drive.”