Vehicle Emission Reduction Program Set to Start in the Northeast

Three Northeast states – and possibly more – will implement the program beginning in 2023. 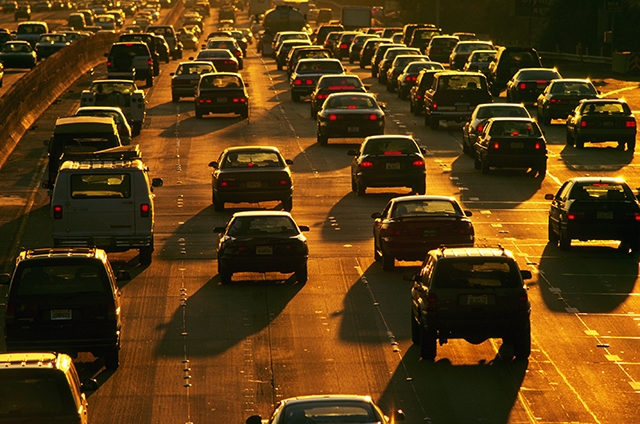 The transportation sector accounts for nearly 40% of greenhouse gas emissions in the Northeast and Mid-Atlantic, so any effort to reduce emissions must include a focus on this sector. “Transportation pollution is becoming a growing crisis both because of its contribution to climate change but also because of the damaging health impacts it has on communities,” said Jordan Stutt, Carbon Programs Director at Acadia Center.

The Transportation and Climate Initiative has developed a new program that plans to substantially cut greenhouse gas emissions while simultaneously investing billions in cleaner transportation. The TCI is a collaboration between 13 Northeast and Mid-Atlantic states and the District of Columbia that aims to reduce carbon emissions from the transportation sector.

The TCI program would work by requiring fuel suppliers to purchase “allowances” for the pollution their fuel produces. The total number of allowances would decline each year, thus lessening transportation pollution. Over the program’s first 10 years, the limit on carbon dioxide pollution from motor vehicles will decline by 30%. Additionally, if all jurisdictions participate, the program could generate up to $2 billion annually.

The program could also provide substantial health benefits. Vehicles emit air pollutants that contribute to a range of health problems such as asthma and heart disease. A multi-university, independent study projected that the program could result in up to 300 avoided deaths and hundreds of fewer childhood asthma cases and exacerbations, due to changes in active mobility and air quality.

The money raised from these fuel allowance purchases will fund environmentally sustainable initiatives, such as improving public transportation, electrifying school and transit buses, providing consumer rebates for electric and low-emission vehicles, and building out a robust network of electric charging stations.

The program has received praise from the public sector, with even some major fuel providers pushing for its implementation. “Well-designed carbon pricing policies like TCI provide the right incentives for everyone – energy producers and consumers alike – to play their part in reducing emissions,” said Mark Borowski, director of state and local affairs for BP America, which has been advocating for the program since 2019. “Independent data also demonstrates these policies will foster economic and job growth.” According to TCI, economic models show that through the sale of carbon allowances and investment in technology, the program could increase gross domestic product, disposable personal income and jobs.

Some critics are wary of the idea, however, believing that any increased costs fuel companies must incur will be passed down to them at the pump. While drivers may see some level of increase, proponents say it won’t be anything they’re unaccustomed to. “The potential impact is really modest compared to the weekly swings that we see in fuel prices,” Stutt said. “Every analysis of this program shows the benefits outweigh the costs even if they were passed on to consumers.”

For its part, BP seconded this sentiment by not completely ruling out the possibility of a price increase but reaffirming the benefits of the program and the widespread approval of such a tradeoff. “There is a potential for prices to rise for all fuel providers in the region,” Borowski said, “but recent data shows voters believe the costs of a ‘cents-not-dollars’ increase at the pump is outweighed by the economic and climate benefits.”

In December of last year, the governors of Massachusetts, Connecticut and Rhode Island, and the mayor of Washington, D.C., announced their commitment to join the program, which goes into effect in 2023. “As a Commonwealth, we have an obligation to address climate change head-on and a challenge this great requires action across our region and nation,” said Massachusetts Governor Charlie Baker. “By partnering with out neighbor states with which we share tightly connected economies and transportation systems, we can make a more significant impact on climate change while creating jobs and growing the economy as a result.”

Eight other states, including New York and New Jersey, said they would continue to collaborate on the project, likening the chances of them joining the program as well. Many states must still pass enabling legislation before joining the program, while others already have the authority to participate.