Taxicab driver. Bootlegger. NASCAR racer. If there’s one thing to know about Wendell Oliver Scott, it’s that he was born to drive. 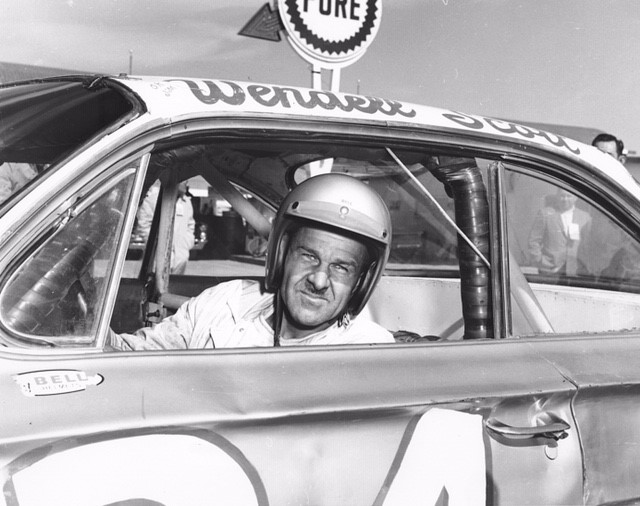 Taxicab driver. Bootlegger. NASCAR racer. If there’s one thing to know about Wendell Oliver Scott, it’s that he was born to drive.

Scott was born in Danville, Va., in 1921. He learned about cars at a young age from his auto-mechanic father. His first job was as a taxi driver. Later he began running moonshine whiskey, which required him to drive fast in order to evade the police.

According to the online reference center BlackPast.org, Danville’s racing scene was struggling with attendance at the time. To drum up support, owners attempted to recruit an African-American driver. They asked the local police who the fastest driver in town was. The answer was obvious.

In 1952, Scott became the first African-American to compete in an official stock car race. He would go on to win 120 races in lower divisions, all while continually being denied entry into the NASCAR circuit because of his race.

Then, in 1961, Scott took over the auto racing license of white NASCAR driver Mike Poston. He was officially a member of NASCAR’s top-level Grand National circuit, becoming the first African-American to do so. His debut race took place on March 4 at Piedmont Interstate Fairgrounds in Spartanburg, South Carolina. Scott would go on to make 23 starts during his rookie year, collecting five top-five finishes.

Just two years later, on Dec. 1, 1963, Scott became the first African-American to win a NASCAR premier series event when he won a 100-mile race at Speedway Park in Jacksonville, Fla. After more than a decade of competing in NASCAR, Scott was injured in a race at Talladega, Ala., in 1973 and forced to retire shortly afterward.

By the time he walked away from professional racing, Scott had accumulated 20 top-five finishes and 147 top-10 finishes. According to the NASCAR Hall of Fame, his 495 starts rank 32nd on the all-time list.

In 1977, Scott’s life story was turned into the feature film “Greased Lightning” with Richard Pryor starring as the iconic race car driver.

Scott passed away in 1990. It would be another 23 years before a second African American won a NASCAR race, when Darrell “Bubba” Wallace Jr. took first at a NASCAR Camping World Truck Series event at Martinsville Speedway in 2013, a full half-century after Scott accomplished the feat.

Wendell Oliver Scott was inducted into the NASCAR Hall of Fame in 2015.