Craft Breweries in the Northeast 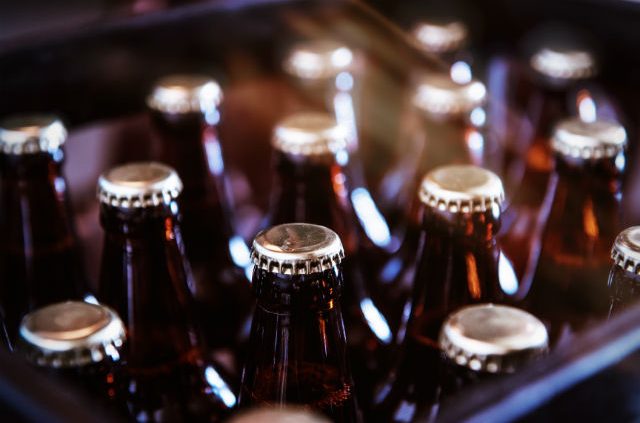 Craft beer is a loose term, more easily defined by what it isn’t. It isn’t manufactured by a large corporation. Rather, craft beer is handcrafted by a small, independent brewer, usually with ties to the community. Craft breweries are perfect for trying unique beers made by people who genuinely love what they do, and for hanging out in a relaxed environment with good friends.

According to the Brewers Association, 80 percent of Americans live within 10 miles of a craft brewery. Read on for some of the most popular craft breweries near you, as well as some up-and-coming spots for you to try.

Of the top-rated craft beers in Connecticut, New England Brewing Co. brews the most. Hit the taproom to grab a drink with friends and learn about how the beer is made. Known for their friendly staff and eclectic beers, this brewery boasts quality above all things. Try the Fuzzy Baby Ducks IPA, considered the No. 1 craft beer in the state.

OEC stands for “Ordinem Ecentrici Coctores,” or the Order of the Eccentric Boilers. This brewery blend traditions from northern Germany to Belgium with modern brewing techniques to develop its unique ales. Sample the concoctions in the tasting room, and stop by its bakery next door for coffee, bread, pasta, cheese and more. Keep an eye out for Fred, the friendly mini Australian Shephard, who loves to greet guests and beg for food.

Located on Camps Road Farm, this brewery aims to connect brewing and agriculture by involving local farmers in the process. Here you can sample beers in the tasting room, learn about the operations and tour the farm.

Up-and-coming: Redding Beer Co. in Redding offers a taproom with a warm and casual environment, acoustic live music and wine, and soda and water for those who aren’t beer fans.

Visit Proclamation Ale’s new location in Warwick to sample the brews in the tasting room, hang out with friends amongst the cool custom art installations and play a few retro arcade games.

Rhode Island’s first and only farm craft brewery, Tilted Barn offers tastings of beer brewed using ingredients grown right on the farm. The barn is open on Fridays and Saturdays for full pours, tastings and can sales. Tour the brewery to learn a bit about farm brewing while you’re there.

Home of the Captain’s Daughter IPA, which BeerAdvocate calls the No. 1 craft beer in Rhode Island, Grey Sail Brewing’s nautically themed beers have caught the attention of many locals. Next door to its facility is the taproom, where you can sample Grey Sail as well as other local brews. In the warmer months, enjoy the outdoor courtyard, where you can play lawn games with your friends.

Up-and-coming: Buttonwoods Brewing in Cranston is always releasing new brews, as well as teaming up with other Ocean State breweries to create something unique. 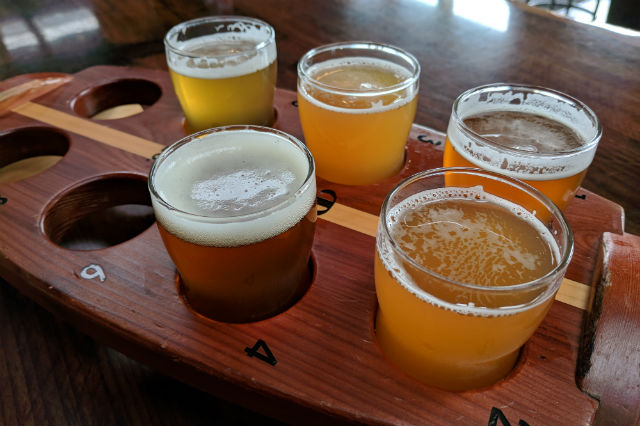 Right on the Boston waterfront is Harpoon Brewery, which is 48 percent employee-owned. Community is the focus, with events from road races to festivals to trivia nights in the Boston Beer Hall. Harpoon also has a location in Windsor, VT.

Tree House Brewing Company’s Good Morning, an imperial coffee stout, is ranked as the No. 1 craft beer in the state. Located down a winding road in the middle of the woods, visiting this brewery is a daytrip in and of itself. The brewery can get busy, so be sure to check the website to see which time is best for skipping long lines.

Stop in at Cisco Brewers during your trip to Nantucket for an experience like no other. In addition to the brewery, Cisco Brewers’ location is also home to a distillery and vineyard, so those who don’t prefer beer can be included in the fun, too. Take a tour, sample beer, wine and spirits and enjoy live music and other events.

Brooklyn Brewery represents the cultural diversity of Brooklyn through its employees and the number of events it has been a part of, from art openings to community award ceremonies. Stop in the tasting room for a beer and a tour, and be sure to check the website’s calendar for fun events.

This experimental brewery blends scientific knowledge with an organic brewing process to provide fresh, unique beer to the community. Enjoy a drink and a delicious meal in Tapped, the adjacent taproom and restaurant.

Up-and-coming: Island to Island Brewery in Brooklyn is a juicery as well as brewery, and fuses Caribbean traditions with American craft brewing to bring a bit of Trinidad to Brooklyn.

Though this brewery only has four beers available year-round, it releases experimental batches every four to six weeks. Visit the taproom to see what the newest brew is.

The staff at New Jersey Beer Company prides themselves on their knowledge of the craft. Stop by for a tour of the brewery to meet them, learn more about what they do and try a beer in the taproom.

Do you have a favorite craft brewery in your area or in another part of the Northeast? Tell us in the comments below!

Looking to take a tour of craft breweries throughout the Northeast? Plan your route with AAA’s TripTik Travel Planner, which you can find here or on the AAA Mobile app.