How Is Thanksgiving Celebrated Around the US?

How is Thanksgiving celebrated around the country? What's for dinner besides or even instead of turkey? Read to find out!

4 COMMENTS
Food & Dining » How Is Thanksgiving Celebrated Around the US? 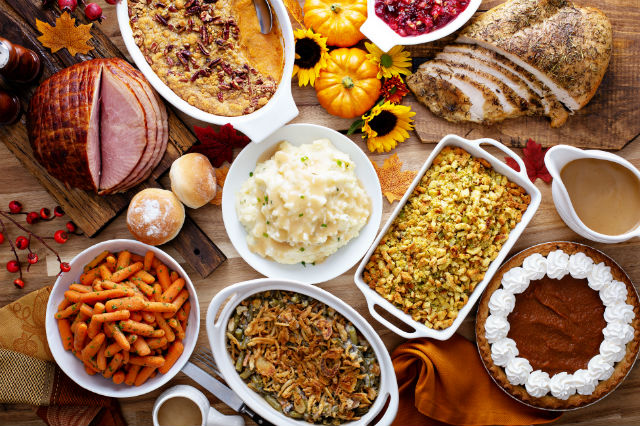 How is Thanksgiving celebrated around the U.S.? Almost all of the country has a turkey (or some kind of bird), bread, cranberries and stuffing, but the rest of the meal is as diverse as America itself. Here’s what you might see on tables around the U.S. this Thanksgiving.

The first Thanksgiving happened in this area, so you’ll find the Thanksgiving originals, such as oyster stuffing, mussels and corn on the cob.

Other New England Thanksgiving essentials include root vegetables like potatoes and carrots, creamed onions and, of course, cranberry sauce. Also, stuffed lobster is served with or can even take the place of Tom Turkey, particularly in Maine.

What about dessert? Scrumptious apple pie is a must for this region. But, another prominent dessert is gooey hasty pudding, made with cornmeal, molasses, brown sugar and spices that’s topped with cool whipped cream or ice cream.

Rest of the Northeast

How is Thanksgiving celebrated in the rest of the Northeast? One difference lies with the cranberry. Instead of a sauce, it’s a homemade relish sprinkled with orange zest and served alongside sausage stuffing.

In parts of New York and New Jersey, pasta, like manicotti, lasagna or baked ziti is a precursor to the turkey. Pickled vegetables, cheese, olives and cured meats also go with the pasta.

For dessert, it’s all about the pumpkin pie. But in some New York homes, cheesecake reigns supreme.

In the middle of the East Coast, the main bird is deep-fried turkey, which typically takes a whole lot less time to prepare than a baked turkey. But, if you prepare your turkey this way, be sure to take extreme precautions. For the sides, there’s sauerkraut – or pickled cabbage – with apples and crab cakes, a regional favorite.

Farther south, you’ll find crawfish in addition to canned cranberries. Dessert can vary, even by the state. For example, in some states such as Georgia, pecan pie is the ruler of desserts. But, in other states, particularly in Florida, key lime pie is the dessert of choice.

So, how is Thanksgiving celebrated in the U.S. territories? We’re taking our journey out of the states temporarily to check out Puerto Rico. The one dish it shares with the mainland is the turkey, and it’s roasted, served with a large chicken.

Both birds are seasoned with garlic, oregano and adobo, a Spanish paprika blend. The turkey could also be stuffed with mofongo – made with fried and mashed green plantains, mashed garlic and chicharron (fried pork rinds).

You can find all sorts of delicious delicacies in the South, such as cornbread dressing and a variety of casseroles, including green bean, potato, sweet potato, pickled okra, collard greens, gumbo, turkey tamales, pumpkin empanadas and much, much more.

And, in some states like Kentucky, they serve potato rolls instead of dinner rolls. You can also find blue cornbread stuffing and Chile-rubbed turkey in the southwest area.

Desserts range from the bourbon-soaked and extremely rich derby pie in Kentucky to sweet potato pie and pecan pie.

In the Midwest, canned cream of mushroom soup, fried onions, German potato salad (and lots of potato-related food in general) and wild rice casserole take over the meal. You’ll also see lots of corn pudding, a version of which was also said to be at the first Thanksgiving.

In some areas of Minnesota in particular, they serve wild rice stuffing instead of bread.

For dessert, apple or cherry pie is the pie of choice.

The West Coast also has Thanksgiving classics such as pumpkin pie and mac and cheese. But, for the main bird, you might also find fried turkey. That is, unless you’re in California; grilled turkey is the turkey of choice.

One of the sides you’ll find on this coast is frog eye salad, comprised of coconut, pineapple, Mandarin oranges and gooey marshmallow. This dish can also be found in some parts of the Southwest region.

In addition, you might see a whole range of salads, from roasted butternut squash salad to what’s called a Snickers salad (although this might be more of a dessert than salad in the traditional sense).

How is Thanksgiving celebrated in The Last Frontier?

Their menu generally differs from what most folks consider traditional Thanksgiving food. For instance, you might find goose as the big bird of choice rather than turkey.

You’ll also see meat from critters popularly hunted in the state, such as moose and reindeer. And, since it is Alaska, you may also see raw whale meat (served frozen). Other entrees include salmon pâté with crackers or on baked bread and even octopus burgers!

Hawaiians serve mainland classics such as turkey, stuffing, green beans, rice and potatoes. But, these dishes come with a twist. The big bird is served Kailua-style, often with octopus and poi on the side.

Finally, for dessert. they indulge in sweet and juicy pineapple.

How is Thanksgiving celebrated in your home? What do you eat (or want to eat) for the big dinner? Let us know in the comments!

4 Thoughts on “How Is Thanksgiving Celebrated Around the US?” 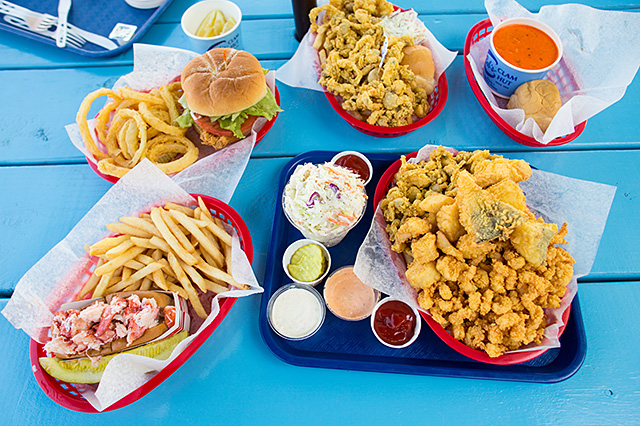 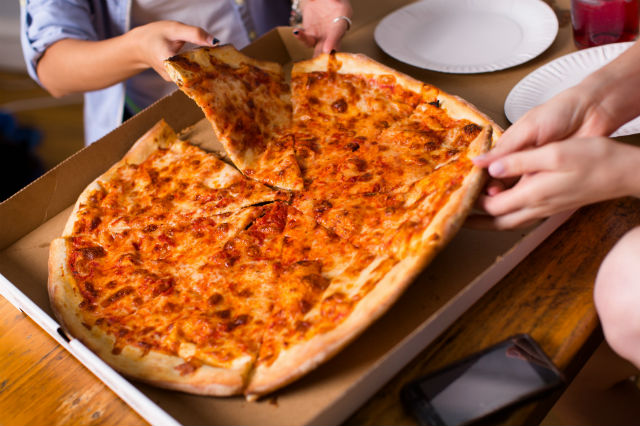 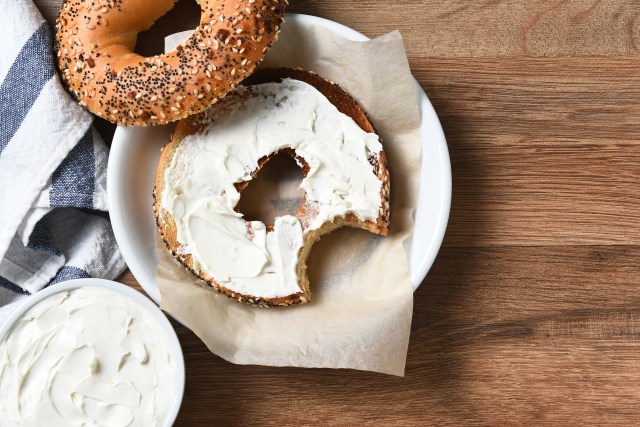