Podcast Pulse: Find the Best Podcast for Your Road Trip

Can you find the best podcast to listen to on your road trip? 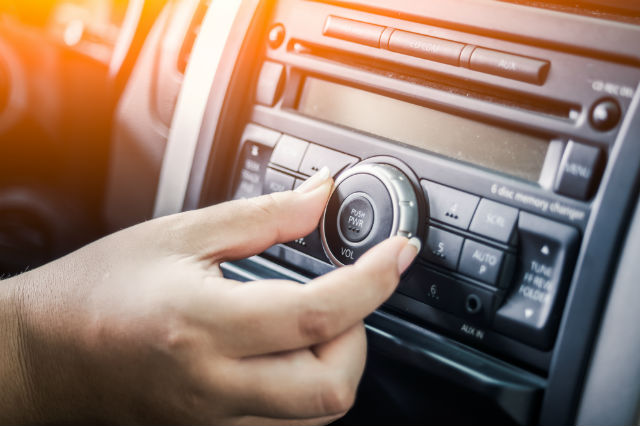 With my friends and family living all along the East Coast, my life has been filled with long road trips. Sometimes the road trips are fun – like a carefree, two-hour ride out to Montauk, NY. Sometimes the road trips are grueling – like a snow-barraged, eight-hour slog up to Rochester, NY, in the dark. But through thick and thin, podcasts have always been there for me. But can you find the best podcast for your own road trip?

The best podcast for a road trip is a story-driven podcast. The “three friends talking” podcast format, though dear to my heart, will definitely put the driver to sleep. A road trip podcast should be a self-contained story, almost like a miniseries. You don’t have to fiddle with your phone and pick new episodes every 30 minutes; you can just let the story play out.

Here’s my personal recommendation list for the best podcast to listen to during your road trip.

“Dirty John” is a limited-series podcast by the Los Angeles Times. Reported and hosted by Christopher Goffard, it tells the story of Debra Newell and John Meehan, the man of her dreams … or nightmares. The podcast, told over six episodes, is about five hours total; the perfect length for a weekend road trip. This bizarre story of one man taking over an entire family is mysterious and captivating. While listening to this podcast, I shouted “DON’T DO IT” out loud. Several times.

“S-Town” is the red-headed stepsibling of “Serial,” the most popular podcast in the world. Both were produced by “This American Life” and hosted by TAL regulars, but “S-Town” is a podcast unlike any other. This podcast tells the story of reporter Brian Reed, who gets tangled up in the life of eccentric clockmaker John B. McLemore. The story that unfolds after their first meeting is at times gripping, unbelievable and strangely meditative. Although it’s a true story, “S-Town” feels particularly literary, almost like an audio version of “The Sound and the Fury.” As a whole, the podcast is about six and a half hours long.

Richard Simmons is – you guessed it – missing. Or at least he’s retreated from public life. Can Dan Taberski, a former devotee, find him? This controversial, intrusive podcast is obviously a labor of love, and the story is full of twists and turns. Don’t know a lot about Richard Simmons? It doesn’t matter. “Missing Richard Simmons” is also about missing Richard Simmons – about his whole life story and what he has meant to people over the years. It’s a three-hour study of alienation, found families, mental health and aerobics.

Hosted by “Snap Judgement’s” Glynn Washington, “Heaven’s Gate” explores how formerly reasonable people can be led into a cult that demands the ultimate sacrifice. Washington’s childhood of growing up inside a cult gives him a special connection with the survivors and family members that he interviews. With 10 episodes, the story is about nine hours long. By the end of it, you’ll wish it was even longer.

The McElroy Brothers Will Be in Trolls 2

When Justin McElroy learns from his sister-in-law that “YouTube people got to be in ‘Trolls,’ ” he sets his sights on securing roles for podcasters in “Trolls 2” – namely himself and his brothers, Griffin and Travis. This podcast-in-progress chronicles their journey to (hopefully) voicing walk-on characters in “Trolls 2.” It also does an amazing job of parodying the very particular style of prestige podcasts. Their bizarre premise is framed by overly serious narration by Justin, and a reimagined rendition of “In the Hall of the Mountain King.”

“Making Oprah” is a deep dive into the origins of the Oprah Winfrey show and how it still affects our culture. The three-part podcast includes exclusive interviews with the woman herself. The best part of the podcast, however, is learning how the Oprah Winfrey show pulled off the iconic “You get a car!” episode. This is the first installment of the “Making” series, which can currently be found under the name of its current story, “Making Obama.”

Reply All: On the Inside

“Reply All’s” greatest series of episodes is “On the Inside,” parts I-IV, which tell the story of Paul Modrowski. Modrowski is an inmate in a maximum-security prison who somehow manages to run his own blog without any internet access. Imprisoned at 18, he’s been in jail for 23 years at the time of the recording. Reporter Sruthi Pinnamaneni digs deep into Modrowski’s past, trying to find out if he actually had anything to do with the grisly murder that put him behind bars all those years ago. The story is full of unbelievable twists and turns, and the palpable tension between Pinnamaneni and Modrowski will keep your attention glued to this 2½ hour series.

What do you think would be the best podcast for your road trip? Let us know in the comments below!