Where to Watch Live Sports This Year

The good news is that there are more ways to watch live sports now than ever before – even if you've cut your cable.

2 COMMENTS
Technology » Where to Watch Live Sports This Year 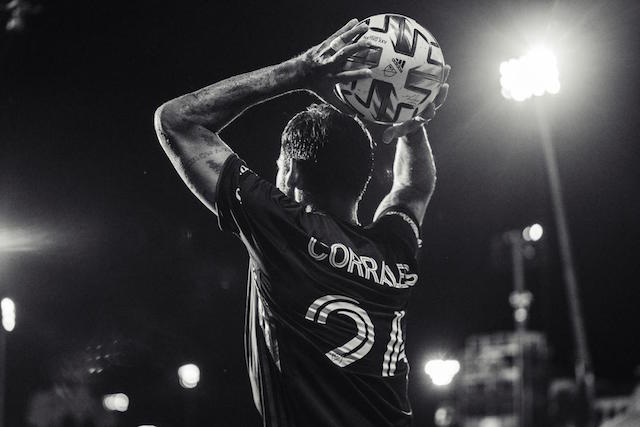 Like nearly every other industry, professional sports have been thrown upside down due to the COVID-19 pandemic. As leagues begin to resume their seasons, they’ll do so without any spectators in the stands. Fans are now left only with the choice of watching their favorite teams from home.

The good news is that there are more ways to watch live sports now than ever before – even if you’ve cut your cable. Whether its viewing a game through a league’s online subscription or getting access to a sports channel via streaming provider, here are some of the ways to watch sports this year.

Note: The options below are for viewing nationally televised games. Most in-market live games are not available due to blackout restrictions, unless local and regional channels are included. Check with the provider to ensure you have access to the games you want to watch.

What Sports to Watch

The NBA season picks back up on July 30. The first round of playoffs begins on Aug. 15 with a champion being crowned no later than Oct. 13. The league has sent 22 of its 30 teams to the ESPN Wide World of Sports Complex at Walt Disney World Resort near Orlando, Fl., to compete, including the Boston Celtics and Brooklyn Nets. Each team will play eight “seeding” games. After that, the eight teams in each conference with the best overall record (regular-season games plus seeding games) will move onto playoffs. (If the team with the eighth-best record in its conference is four games or fewer ahead of the team with the ninth-best record in the same conference, there will be a play-in tournament for the final playoff spot.)

NBA games will air on ABC, ESPN, TNT and NBA.TV.

The WNBA season kicked off on July 25. Each of the league’s 12 teams will play each other twice for a 22-game regular season. All games this year are taking place in Bradenton, Fl., At the IMG Academy.

Nationally broadcast games will air on ESPN, ESPN2, ABC, CBS Sports Network and WNBA League Pass. A WNBA game will be broadcast on CBS for the first time this year.

The NHL will resume its season by jumping directly into an expanded playoffs, with 24 teams instead of 16. Games are set to begin Aug. 1. Eastern Conference games will take place in Toronto; Western Conference in Edmonton. The top four teams in each conference will compete in a three-game round-robin to determine seeding. The bottom eight will play in four, best-of-five series with the four winners moving on.

NHL games will be broadcast on NBC, NBC Sports Network and NHL.TV.

MLB will play an abbreviated 60-game season, down from its usual 162. There will however, be an expanded postseason with 16 teams as opposed to 10. Unlike nearly all other major professional leagues, MLB teams will play all their games at their home venue. The one exception is the Toronto Blue Jays, who’ll call Buffalo home in 2020.

MLS was one of the first professional sports to resume. Instead of continuing with an abbreviated season, the league resumed with a tournament format that began on July 8. Twenty-four teams were divided into six groups with the top two teams in each group and the next four best overall moving into a 16-game knockout tournament. (The league has 26 teams, but Dallas and Nashville both withdrew for health reasons). All games are being held at the ESPN Wide World of Sports Complex at the Walt Disney World Resort in Orlando, Fl.

MLS games are airing on ESPN, ESPN2 and Fox Sports.

The PGA was forced to cancel the British Open and many other events, and postpone others, including the other four majors. The PGA Championship will now be played in August, the U.S. Open in September (at Winged Foot Golf Club) and the Masters in November. This is currently a PGA tournament scheduled each weekend through Dec. 13.

PGA events are being broadcast on CBS, NBC, ESPN and the Golf Channel. 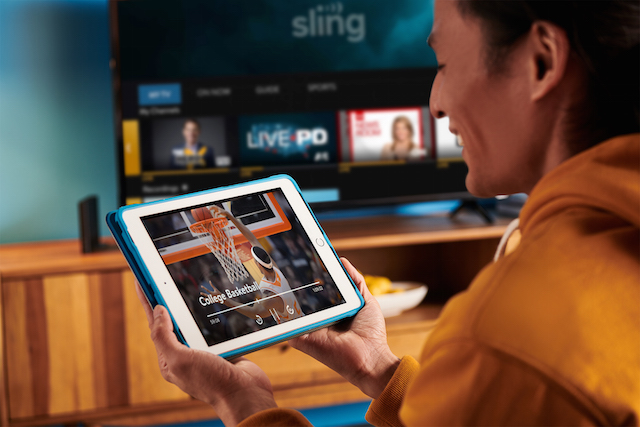 Where to Watch Live Sports

Sling is an app-based television service that lets you stream live over the internet. Depending on the package you choose, you’ll have access to, among others, TBS, Fox, Fox Sports, NBCSN, TNT and NBA TV.

YouTube TV streams live TV from more than 85 channels, including most of the sports-airing channels including ESPN, ABC, Fox, TNT, TBS, MLB Network and NBA.TV. Like Hulu, it may also have your local sports network, depending on your location.

Hulu + Live TV delivers channels like ESPN, ESPN2, ABC, CBS Sports Network, Fox, TNT and TBS, but also offers regional sports networks such as YES and SNY. If you don’t want to miss a single one of your home team’s games, this may be the option for you. Signing up with Hulu also gives you access to its extensive catalog of shows and movies.

When in doubt, go straight to the source. MLB.TV allows you to stream out-of-market games live or on demand. You can subscribe to monthly or yearly packages, which show every teams’ games, or you can choose access to just a single team’s games.

The NBA offers several different packages to stream its games live, including the option to pay for single game access. Nationally televised games and those of teams in your market are not available for live streaming. However, you will be able to watch them afterward.

This streaming package is the WNBA’s version of NBA League Pass. You can choose between a Single Game Pass, Team Pass or League Pass.

Like the other major sports leagues, the NHL has its own streaming service. Almost all out-of-market games from July 28-Aug. 5 are available to watch live. The NHL has adjusted the pricing of its TV offerings, allowing fans to opt in for less than $5 for the remaining of the season.

Do you plan on watching any live sports this year? Which ones? How are you planning to view the games? Let us know in the comments below!

2 Thoughts on “Where to Watch Live Sports This Year”