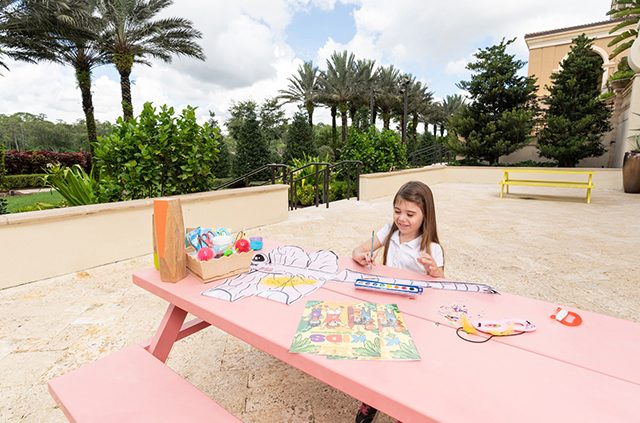 Many hotels and resorts are offering school-based programs and reduced rates on longterm stays.

Anyone who has been self-isolating for a year knows that the four walls of your home have started to look a little too familiar as of late. But with staying home comes a unique kind of flexibility. After all, who says working from home has to happen at your house?

As people have been looking for safe travel options, a new trend has emerged: hotels are offering packages that allow families to relocate their pod to a new place while also staying socially distanced, whether that means using a hotel room as an alternative workspace or offering an extended stay in a space that offers luxury amenities for “schoolcations.” The trend has really given “home away from home” a whole new meaning. 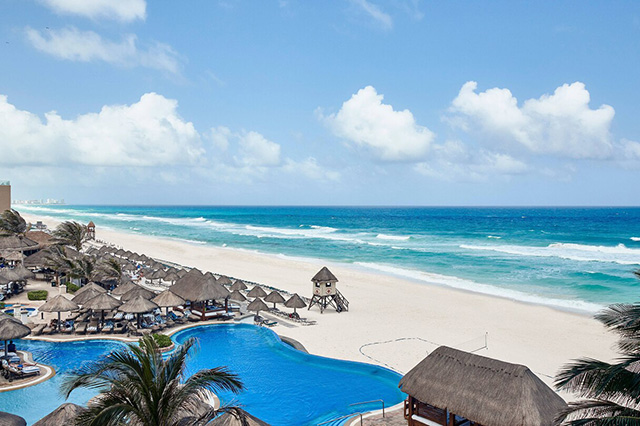 Cabanas double as workspaces at the JW Marriott in Cancun.

Take, for example, Montage Hotels. Its Montage Palmetto Bluff in Bluffton, S.C., near Hilton Head, is offering a program called Montage Academy. In addition to a virtual concierge who will help students with their school curriculum, there are optional daily activities in everything from arts and crafts to eco–science to cooking.

Kimpton hotels are also wooing families. To encourage them to stay, Kimpton is offering a Stay Longer and Save package that gives guests a 15-25% discount when they stay three or more nights.

Even at places without dedicated school programs, people are choosing longer hotel stays at places where it’s easy to work. For longer stays, the MGM hotels in Las Vegas – including Bellagio, Mandalay Bay and the MGM Grand – are offering an additional 33% off the lowest rate for guests who book three or more nights.

Some hotels are taking the opposite approach, offering very short stays for people who just need to get out of the house and have a separate place to work. The Hyatt Regency Boston Harbor is offering Office for the Day packages that give guests a hotel room from 7 a.m. to 7 p.m., with discounts on dining and access to the hotel’s pool, spa and gym. In downtown Providence, Homewood Suites by Hyatt is offering a Work from Home package that gives guests access to a king suite with a sitting area from 8 a.m. to 6 p.m. and includes free parking and high-speed internet.

The hospitality industry, not just restaurants but hotels and other travel services, have taken a huge hit during the pandemic. In many ways, offering “workcation” and “schoolcation” packages has been a creative pivot to help boost abysmal occupancy rates, which fell to 44% in 2020 according to travel research firm STR, which called it “officially the worst year on record for U.S. hotels.”

There’s evidence that these creative programs are helping, though. STR reports that January 2021 showed a small increase in hotel profits, the highest since October.

Some critics have claimed that working or learning while traveling puts a dent in attention span and retention, others believe that experiencing new things is an education all its own.

“While poolside taco making or local wood carving can’t replace rigorous in-person learning on a real curriculum, some of the hotel schooling programs could help fill in a few educational gaps left by COVID – or at least keep students engaged for a week or so while kept off campus,” Tim Chester writes of the hotel school trend. “And many are designed to immerse kids of all ages in the culture of the destination, which could help instill good vacation habits for the whole family.”

That’s the kind of experience offered on Mackinac Island in Michigan. The entire island is a National Historic Site, and has no cars whatsoever, but museums, lighthouses and miles of coastline to explore. The Grand Hotel on Mackinac Island offers a Grand Back to School package with dedicated learning space and a fourth hotel night free. 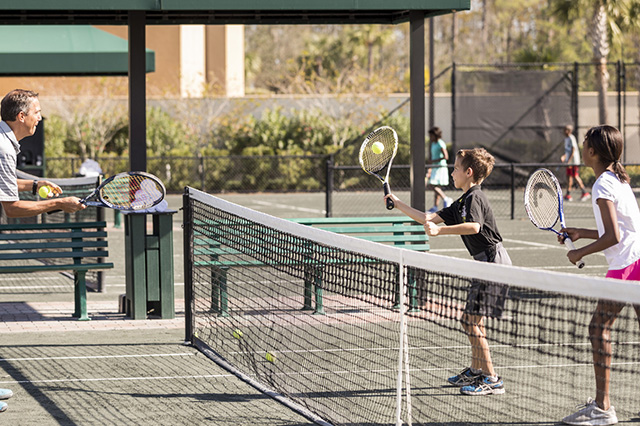 Family tennis games and supervised class time are on the menu at the Four Seasons Orlando.

For those who are comfortable traveling internationally, the JW Marriott in Cancun is offering packages that include cabanas outfitted as workspaces to accommodate remote workers (and learners) who want to spend their breaks between meetings swimming in the ocean. For true luxury, The Ritz-Carlton Cancun is offering Work from Anywhere package that includes food and beverage discounts and special rates on stays of seven nights or more.

If that sounds like the work–from–home dream, then consider the “school–from–home” dream: Walt Disney World’s Four Seasons Orlando hotel is offering a schoolcation that includes supervised class time in a dedicated learning space for half- and full-day sessions, while parents can work by the adults-only pool and families can meet afterwards to splash around in the lazy river – or, of course, head to the Magic Kingdom.

What do you think about these work and play hotel packages? Tell us in the comments.