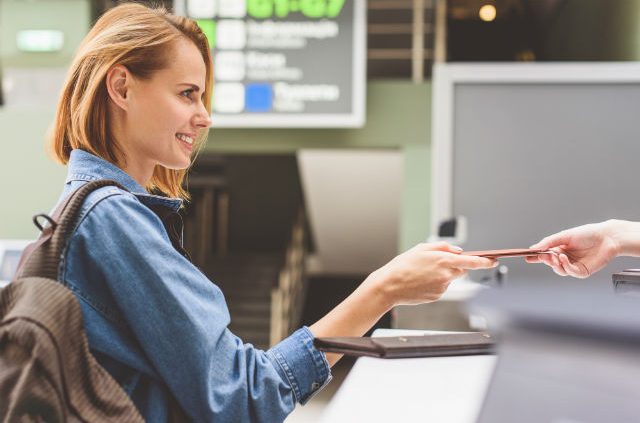 I’ve never been afraid of flying, but sometimes I’m afraid of airports. At times, an airport can feel like a pressure cooker, filled with thousands of harried travelers on deadlines. When you’re stuck in a never-ending TSA line, it can be even worse. I’ve often looked longingly toward a much emptier security line, one labeled “TSA Precheck,” and wondered how I might be able to use it. All of the TSA questions I’ve ever had were about what Precheck was and how I could get pre-checked myself.

Once you know what TSA Precheck is, it becomes less confusing and far more accessible. Here are some TSA questions you might have about TSA Precheck, what it is and how you can get in on it.

What is TSA Precheck?

TSA Precheck functions as a fast lane through the security line. By using background checks, TSA Precheck can expedite the screening process.

What are the benefits of TSA Precheck?

According to TSA Spokesperson Lisa Farbstein, TSA Precheck “allows participants to leave their jackets, shoes and belts on when they go through a checkpoint and it allows them to keep electronics in their carry-on bags. So it’s a great passenger convenience.”

Who is eligible for TSA Precheck?

All U.S. citizens, nationals and lawful permanent residents can apply for TSA Precheck.

“The application process includes providing some personal information, plus fingerprints,” Farbstein says, “That’s the key – TSA runs a background check, thus knows more about whether the individual should be in the program and deemed a trusted traveler.”

How do I apply?

You can submit an online application to become a TSA Precheck member on the Transportation Security Administration website. Then you can schedule an appointment for a background check and fingerprinting at a TSA Precheck enrollment center. Within about two or three weeks, you will receive notification of your TSA Precheck status. Afterward, your airline boarding passes will be marked with a TSA Precheck emblem and barcode.

How much does it cost?

TSA Precheck costs $85 and is valid for five years.

You can pay the TSA Precheck application program fee with a credit card, money order or check.

Is TSA Precheck available at all airports in the US?

TSA Precheck is available at many U.S. airports, but not all of them. According to the TSA, Precheck is currently available at over 200 airports and 53 participating airlines. Head on over to the website to find out if your airport participates. 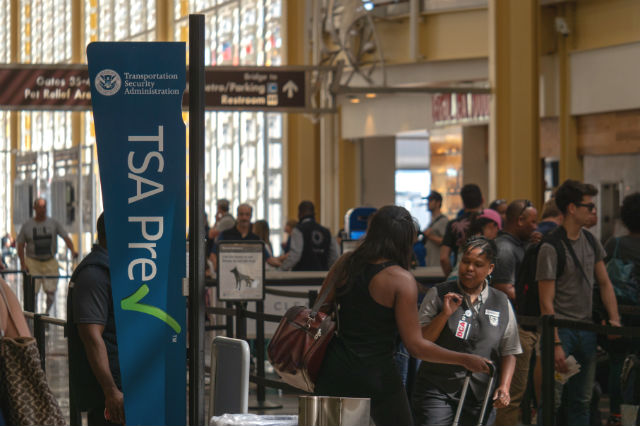 Can families of Precheck members use the Precheck lane with them?

Although it is tempting to keep your travel party together through the security lines, everyone in the TSA Precheck line must be a Precheck member. You can either meet up with the rest of your party at the end of the screening process or join them in the regular security lane.

However, family members aged 12 and under can accompany an eligible parent or guardian with TSA Precheck through the Precheck lane.

What type of traveler is TSA Precheck ideal for?

TSA Precheck is a great program for those who fly frequently and are tired of dealing with the regular security lanes. From the businessperson who doesn’t want to take off his expensive shoes, to the college student continually traveling between her school and hometown. It’s also ideal for those who travel with their electronics, since they don’t have to take them out of their carry-on bags for screening.

The TSA Precheck perks are sure to be appreciated by any traveler, since it streamlines the security process so efficiently.

How does TSA Precheck differ from other trusted traveler programs?

TSA and the Department of Homeland Security offer a few different trusted traveler programs for a variety of different types of travel needs.

TSA Precheck is best for domestic air travel. It requires a valid U.S. photo identification and proof of citizenship.

Global Entry is $100 for a 5-year membership, and it is primarily for arriving in the United States from abroad. It includes TSA Precheck, and requires either a passport or a US Lawful Permanent Resident Card.

SENTRI is best for frequent travel between the U.S. and Mexico. SENTRI members can use expedited lanes for vehicle or pedestrian entry into the U.S. It’s $122.50 for a 5-year membership and requires proof of citizenship.

NEXUS is like SENTRI, but for frequent travel between the U.S. and Canada. It is $50 for a 5-year membership and includes TSA Precheck. It requires proof of citizenship.

How does TSA Precheck help to keep airports safe?

“For TSA, it’s an enhancement of security because it allows TSA officers to pay more attention to the passengers we know less about,” Farbstein said.

Do you have a TSA Precheck membership? Do you want one? Let us know about your experience in the comments below!

Start planning your next vacation with a AAA travel counselor today.