Our list of the safest, best Asian countries to visit as a solo traveler should have you packing your bags in no time. 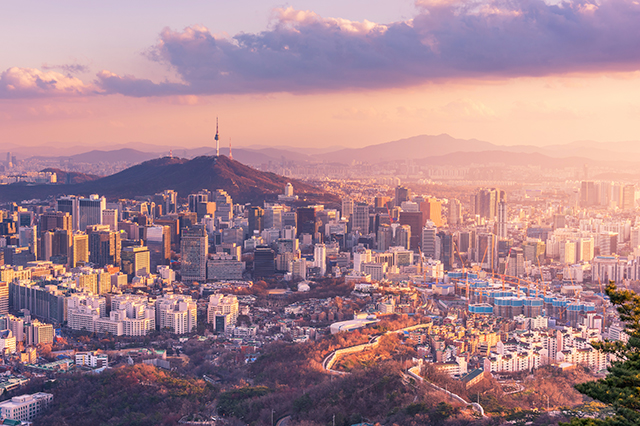 So you’ve decided to travel around Asia solo. Congratulations! Solo travel can be so rewarding: you decide what to do and when to do it, and are more open to meeting locals and fellow travelers. Your main concern about your upcoming solo Asia travel may be safety—how do you know if you’ll feel secure when you’re in a new land where you might not speak the language and are thousands of miles away from home? We’ve done the research for you and have rounded up the best Asian countries to visit as a solo traveler when it comes to safety.

Despite its placement adjacent to volatile North Korea, travelers cite South Korea as one of the safest places for solo travelers. Metropolises like Seoul and Busan are especially tourist-friendly. In these major cities the subway announcements and signs are in English and Korean, making wayfinding simple. Koreans are known for their friendliness towards tourists and are eager to help visitors whether or not they speak English. As with anywhere you travel, be vigilant of your belongings in crowded, urban areas.

The island nation of Taiwan is known for its modern amenities and low crime rate, making it a place where solo travellers will feel safe. People who visit Taiwan say that the Taiwanese people are culturally very helpful to foreigners. Visitors also say that Taipei’s cleanliness and ease of getting around add to the feeling of security. The data backs up this feeling, as Taiwan is near the top of the Global Peace Index’s ranking of nations in Asia and the U.S. State Department notes that crime is rare in Taiwan.

The island city-state nation of Singapore is a great introduction to Asia travel, and is one of the safest spots for solo travel. Because it’s a melting pot of Chinese, Malay and Indian cultures and many religions, Singapore is a great place to sample other Asian cultures. Travelers who have spent time in Singapore say that it is impeccably clean and well organized. Because English is one of Singapore’s official languages, tourists will have an easy time navigating solo or approaching a local for assistance.

Singapore also boasts one of the lowest crime rates in Asia, and 98% of locals say that they feel safe walking alone at night. Singapore is also the third-most peaceful country in Asia according to the Global Peace Index. Even still, the U.S. State Department reminds visitors to Singapore be mindful of personal belongings in busy areas and to avoid credit card fraud by only carrying one card at a time.

Visitors to the Buddhist kingdom of Bhutan will feel like they’re on their own Eat, Pray, Love pilgrimage while visiting monasteries tucked away in the Himalayan landscape. Bhutan is the second most peaceful Asian nation after Japan in the Global Peace Index, so solo travelers will feel at ease.

Except for Indian nationals, all foreign visitors must visit Bhutan through an authorized Bhutanese tour operator and guide. With a local guide by your side, solo travelers will never be alone and should not worry about safety. The State Department also reports that Bhutan has little crime.

Although Bhutan’s official language is Dzongkha, middle school and high school are taught in English, making it even easier to communicate with locals.

Japan ranks tops the charts of the Global Peace Index as the safest, most peaceful country in Asia. The travelers we spoke to praised Japan for the sense of security it afforded foreign visitors.

Tokyo and Japan’s other urban centers are perfect for solo travelers. Their modern transportation systems make getting around a breeze and while not everyone speaks English, the Japanese are proud of their country and will generally be happy to help you find your way. Female solo travellers will enjoy the added security of female-only accommodations and subway cars.

Although crimes against U.S. citizens are fairly rare, the U. S. Department of State encourages travelers to be wary of theft in crowded areas and to be vigilant after drinking, especially in Tokyo’s nightlife districts.

Even in the safest destinations in Asia, travelers should be aware of their surroundings and belongings. We advise keeping your wallet and passport in a money belt tucked under your clothing. Check the U. S. State Department’s website for up-to-date travel advisories.

Did you know you can book your flights, accommodations and rental car with AAA? AAA members are eligible for even more savings on their Asia travel. It’s as easy as search, book, save.

Did we miss your favorite destination? Let us know in the comments below.