The Ultimate Asia Vacation: Top 10 Guided Tours From India to Japan to Help You Travel Asia

Whether your Asia vacation consists of one city or 10, these curated guided tours will help make planning your trip a breeze. What is your must-visit Asian destination? Let us know in the comments below. 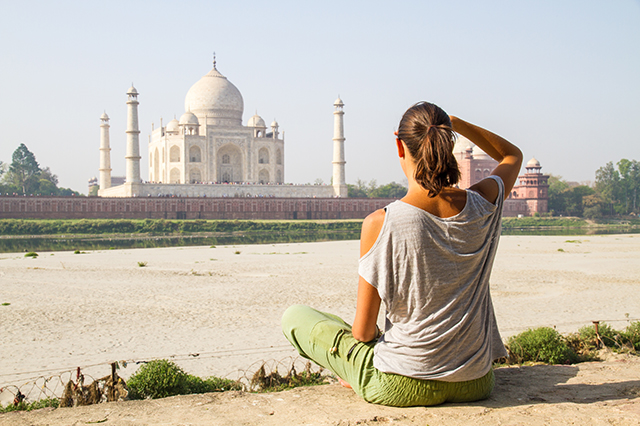 Travel is so rewarding, but planning the perfect vacation – one where you see all of the top sights, gain an authentic sense of the culture and interact with the locals – can be a headache. Whether you’re taking your first Asia vacation or are spending time in a new city, these guided tours will give you an immersive experience without the stress of planning. We’ve rounded up our top Asian tours from west to east, so the most difficult decision you’ll have to make is which destinations to visit.

You’ll get the Bollywood star treatment on this three-day private guided tour of Mumbai. You’ll visit Elephanta Island to see exquisite cave temples that were carved 1,400 years ago in honor of Shiva. You’ll also enjoy a private tour of the Hanging Gardens of Mumbai, see the Gateway of India overlooking Mumbai harbor and learn about the art and history of India at the Prince of Wales Museum.

Sites in Old Delhi include India’s largest mosque, the bustling Chandni Chowk market and Gandhi’s memorial. After a rickshaw ride you’ll go to New Delhi to see the palatial Humayun’s Tomb, which served as inspiration for the Taj Mahal, and the Qutb Minar.

You’ll take the train to Agra, home of the Taj Mahal — without which seeing your Asia vacation would be incomplete. First you’ll explore Fatehpur Sikri, India’s magnificently preserved 16th century capital. The highlight of the day will be touring the Taj Mahal, the hallowed mausoleum for Emperor Shah Jahan’s wife.

Explore the Thai capital in style on this four-day guided tour of Bangkok. You’ll enjoy a traditional Thai massage at Wat Pho, a temple known for its massage school and massive reclining Buddha statue. Then you’ll see the Grand Palace which served as the home to Thailand’s kings for almost 150 years. Other highlights including the Damnoen Saduak floating market and visiting a coconut palm tree plantation.

Chiang Mai, the capital of the Lanna kingdom, is a must-see while in Thailand. The 700-year-old city, peppered with stunning wats (Buddhist temples) and surrounded by ancient city walls, is a stark contrast to Bangkok’s urban chaos. This three-day guided tour of Chiang Mai includes Wat Chiang Man, a temple known for the elephant statues that support it, the intricately carved Lai Kaim chapel at Wat Phra Singh, the gardens at Wat Suan Dok and  the entrance to the old city at Tapae Gate.

Your tour of Ho Chi Minh City (Saigon) begins with the city’s French colonial landmarks, including the Notre Dame Cathedral and Central Post Office. After a visit to Independence Palace, the site of the reunification of Vietnam, you’ll spend time in Cholon, Ho Chi Minh City’s Chinatown. Your local tour guide will also lead you through the multi-level, Viet Cong-built Cu Chi Tunnel system, which played an important role in the Vietnam War.

Your first day of sightseeing will take you through Vietnam’s history, from the 11th century Temple of Literature and One Pillar Pagoda to the 20th century Presidential Palace and Ho Chi Minh Mausoleum. You’ll learn about Vietnam’s more than 50 ethnic groups at the Museum of Ethnology then cruise through Hanoi’s Old Quarter on a pedicab. You won’t want to miss the water puppet performance, a traditional art form that began in Vietnam’s rice fields.

No Asia vacation is complete without China’s capital. Your private car will take you from Tiananmen Square to the Forbidden City, where your guide will lead you through the imperial complex. After a hike up the Great Wall of China, you’ll enjoy the splendors of the Summer Palace – enjoyed by China’s lords and emperors.

You’ll start your tour with a drive along Shanghai’s famous waterfront promenade, the Bund, from which you’ll have an unobstructed view of the city’s skyscraper-lined skyline. Then you’ll escape to the peaceful Yuyuan Garden, followed by a tour through the neighborhoods that make up Shanghai’s former French Concession. Your tour will end at the Shanghai Museum, home to millennia of Chinese art.

Your guided tour of Kyoto begins at Kinkaku-ji Temple, whose reflection in the pond below make it postcard-perfect. At the Nijo Castle you’ll learn about samurais and the castle’s nightingale floors, which chirp when intruders pass. After a tour of the Kyoto Imperial Palace, your day will end at the Kyoto Handicraft Center, where you can stock up on souvenirs.

Your ascent up Tokyo Tower will leave you with incredible photos of Tokyo’s skyline. After a visit to the Imperial Palace you’ll be able to stock up on cheap electronics in Akihabara Electric Town. For a taste of ancient Japan you’ll tour the oldest temple in Tokyo, Sensoji Temple. You’ll end the day at Tokyo’s central train station, which is full of dining and shopping destinations.

Plan and book your next Asia vacation with AAA.