9 Best College Towns in the Northeast

There are a ton of towns in the Northeast with universities at their figurative center. Here are the 10 best college towns to travel to. 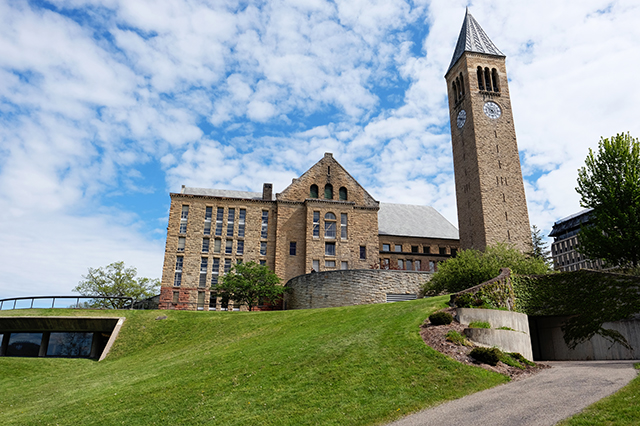 College towns are often vibrant places to live or visit as the locations frequently offer everything from live music and other cultural activities to great restaurants and bars, many of which exist to cater to the teens and twentysomethings that spend much of the year in the town.

Whether you’re visiting with a prospective student or are just going for fun, there are several great college towns in the Northeast that you could spend the day or an entire weekend exploring.

We’ve put together a list of trips to the 10 best college towns in the Northeast that includes locales in New York, Pennsylvania, Massachusetts, Vermont and Connecticut. We have not included big cities, such as New York City or Pittsburgh, both of which have numerous colleges and would make for great trips regardless, but neither of which are centered on a college or university.

Need a ride? Save on Hertz rentals.

10 Best College Towns in the Northeast

Home to Binghamton University, the town is centered around the defense industry and has a number of large employers, such as Lockheed Martin, BAE Systems, IBM and Universal Instruments. But the town is also a cultural center in the region and includes a number of galleries that have created the First Friday Art Walk, a series of events like musical performances and exhibits that draw large crowds. Other popular attractions include the Binghamton Philharmonic, Roberson Museum and Science Center, Binghamton Zoo at Ross Park, Phelps Mansion museum, Bundy Museum of History and Art, Cutler Botanic Garden and six historic carousels, which is why the town is dubbed the Carousel Capitol of the World.

This upstate New York city is home to both Cornell University and Ithaca College. Ithaca winters are often harsh and it’s an hour away from any sizable cities, but the town has a large and diverse music scene and nightlife. Some of the town’s top attractions include the nonprofit, hands-on Sciencenter, the Museum of the Earth, Herbert F. Johnson Museum of Art and Hangar Theatre, a formerly renovated municipal airport hangar where the Center for the Arts at Ithaca hosts theater performances. During the course of the year, Ithaca holds an apple festival in the fall, chili festival in February, dragon boat festival in July, and the Porchfest music festival and the Ithaca Brew Fest in September.

An economic and educational hub for central New York, Syracuse is home to Syracuse University, Le Moyne College and the State University of New York. The town, which has a fairly large nightlife scene, features a number of museums, including the Everson Museum of Art, Erie Canal Museum, Milton J. Rubenstein Museum of Science and Technology, The Warehouse Gallery and Delavan Art Gallery. It also has more than 170 parks and recreation areas, such as Burnet Park, the nation’s first public golf course, and the Rosamond Gifford Zoo.

Cambridge, home to two of the world’s most prestigious universities – Harvard University and the Massachusetts Institute of Technology – has its own separate vibe from Boston, which is just across the Charles River. Cambridge has a number of great spots to visit, including the Peabody Museum of Archaeology and Ethnology, the Harvard Museum of Natural History and Semitic Museum. As only the best college towns do, the region has a number of historic tours and sites as well as a very active nightlife, especially in Harvard Square. The city also hosts independent movie theaters and numerous music venues, including The Middle East and Nameless Coffeehouse.

Three top-tier schools, Amherst College, Hampshire College and the University of Massachusetts Amherst, can be found in Amherst, which once counted Robert Frost and Emily Dickinson as residents. The town is known for having a number of cultural sites, such as the Eric Carle Museum of Picture Book Art, Amherst Cinema Arts Center, Beneski Museum of Natural History, Emily Dickinson Museum and Mead Art Museum at Amherst College, which features 18,000 items with an emphasis on American art.

Home to Wellesley College, a privately funded women’s college and one of the “seven sisters,” Wellesley has an historic district with homes that date back to the 1860s. The town retains some of its students due to large businesses in the area, such as Harvard Pilgrim Health Care and Sun Life Financial. Cultural attractions include the Wellesley Symphony Orchestra, Massachusetts Horticulture Society and Wellesley’s Wonderful Weekend, which features fireworks and live music the weekend before Memorial Day. Boston’s only a 30-minute drive away.

One of the oldest cities in the United States and larger than most of the other towns on this list, Hartford is home to the University of Connecticut’s law school, Trinity College and University of Hartford. Some of the city’s top attractions include the Wadsworth Atheneum, the U.S.’s oldest public park – Bushnell Park – plus the Bushnell Center for the Performing Arts, Connecticut Opera, Mark Twain House and a variety of musical venues, movie theaters and nightlife options.

The number of universities in this town alone makes it one of the best college towns in the Northeast. Yale University is located in New Haven, and nearby you’ll find Southern Connecticut State University, Albertus Magnus College, Gateway Community College, Quinnipiac University and Paier College of Art. In 2014, Livability.com named New Haven as the Best Foodie City in the country, since it has 56 Zagat-rated restaurants. The city has a number of theaters and production houses where students can view movies and plays, and New Haven’s museums include the Connecticut Children’s Museum, Peabody Museum of Natural History, Yale University Art Gallery and Beinecke Rare Book and Manuscript Library.

Students who plan to attend Penn State University will spend their years in this town, which has been ranked the third safest in the U.S. State College boasts a flourishing music scene and obsessive football culture as well as the popular Central Pennsylvania Festival of the Arts, which is held downtown in July and includes art, pottery, jewelry, food vendors and musical performances. Penn State holds an annual 46-hour dance marathon and the Central PA 4th Fest, a Fourth of July celebration that includes fireworks, crafts, food and entertainment.

Have you been to any of the 10 best college towns we listed above? If so, tell us about your experience in the comment section.

Book your next trip at a great price with AAA.

This post was originally published in September 2017 and has been updated.

2 Thoughts on “9 Best College Towns in the Northeast”