Check Out the Best Museums in Boston

Looking for some culture in Beantown? There's plenty to see and do at these top-rated museums.

0 COMMENTS
Day Trips » Check Out the Best Museums in Boston 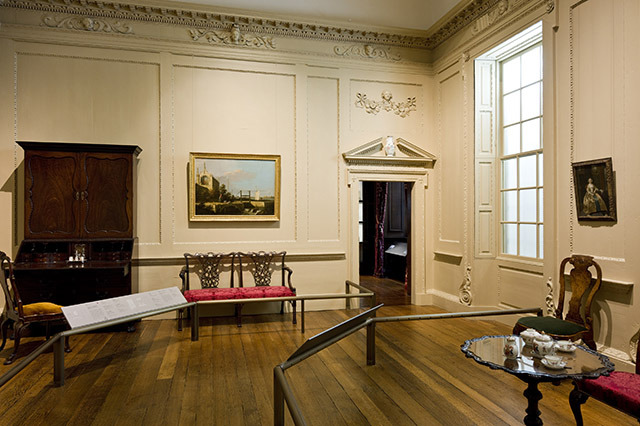 Boston has over 60 unique museums to explore. Narrow down your list with our picks for the best museums in Boston before deciding on your next day trip.

With an extensive selection of more than 500,000 works of art, the Museum of Fine Arts is known for its impressive assortment of paintings and artifacts. Its Art of the Ancient World collection is one of the world’s largest and most comprehensive, featuring antiquities dating back thousands of years from Egypt, Greece, Italy and more. Whether it’s photography or contemporary art that you are into, there is inspiration around every corner.

Located on Boston’s waterfront, the New England Aquarium has over 15,000 sea creatures and is one of the largest attractions in the city. Spend the day watching the seals, penguins, sharks, turtles and fish, and experience the interactive exhibits for children of all ages. Make sure to check out the giant ocean tank, a four-story exhibit that holds 200,000 gallons of salt water, containing sting rays, eels, various fish and  guest favorite Myrtle the turtle. The tank is so big that it was the first thing constructed at the building – the rest of the aquarium was built around it. It’s one of our favorite zoos and aquariums in the area.

Get $2 off each ticket with valid AAA card or save up to 15% when purchased online. Valid for up to four admissions per valid AAA card. Learn more.

Drawing on the extensive personal collection of its founder, the Isabella Steward Gardner Museum is a majestic repository of art and nature including pieces by Rembrandt, Degas, Raphael, Michelangelo and many others. Located a short walk from the Museum of Fine Arts, the building – based on a 15th-century Venetian palace – has a luxurious interior and a stunning plant-filled atrium. The museum is also known for a 1990 heist in which two men disguised as police officers stole approximately $500 million worth of famous artwork. Almost 30 years later, it remains unsolved; the spaces where the pieces were hung remain empty. The museum hosts classes, concerts and events for locals with a passion for art and music.

Explore the world through the eyes of a scientist and see what Harvard research reveals about our planet. Open daily, the Harvard Museum of Natural History in Cambridge has over 12,000 specimens on display to engage families. One of the top attractions is the world’s only mounted Kronosaurus, a 42-foot-long prehistoric marine reptile. If you love dinosaurs, you might want to check out these Northeast attractions, too.

AAA members are eligible for $1 off admission with a valid AAA card.

Peabody Museum of Archaeology and Ethnology at Harvard University

Learn about ancient and contemporary people and cultures at the Peabody Museum, which is among the oldest in the world dedicated to these studies. Its collection of about 1.2 million historic objects includes the only surviving items acquired from the Native American people during the Lewis and Clark expedition of 1804-1806, Maya and Mesoamerican artifacts and an impressive photo archive of about 500,000 images of world cultures. As a whole, it is one of the most comprehensive records of human cultural history in the Western Hemisphere.

Get $1 off admission for up to a party of five when you present your valid AAA card.

Whether you’re alone or with a large group of people, the Museum of Science is a family-friendly place to learn and be inspired from the exhibitions and interactive displays. There are plenty of hands-on opportunities for children.

For over 100 years, the Boston Children’s Museum has helped kids explore everything from health and wellness to science and technology. A favorite local spot, it is a great place for kids to climb in mazes, blow bubbles and use their imaginations in the construction zone.

Larz and Isabel Anderson’s lavish, castle-like estate in Brookline, MA is the perfect setting for the oldest collection of cars in the country. Built in 1888, the museum’s two floors are lined with an impressive assortment of American and European vintage vehicles. Adjacent to the 19th century carriage house is Larz Anderson Park, a 64-acre public park that offers magnificent views of the skyline from its hilltop.

Save 50% on admission for up to two with a valid AAA card.

The Kennedy family has a rich history in Boston, and the John F. Kennedy Presidential Library and Museum is a space to commemorate the life and legacy of the United States’ 35th president. Presented through the eyes of various media of the time, view the countless exhibits containing rare footage, clothing and much more of during JFK’s most influential years.

What do you think are the best museums in Boston? Did we leave out your favorite? Tell us in the comments.