Go where the wild things are. 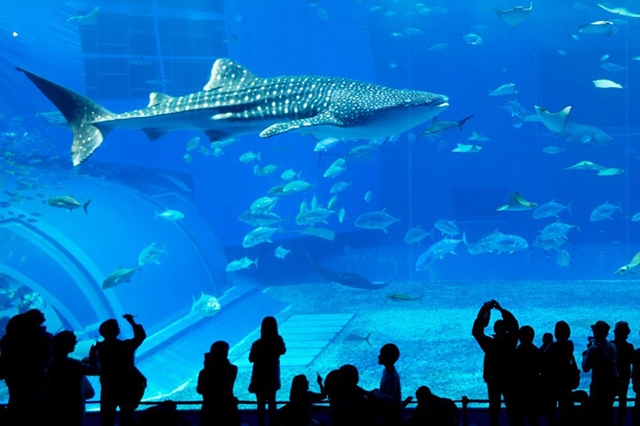 New England zoos and aquariums that bring animals and people together, while committing to the protection and preservation of the animals, are to be applauded.

There is only one other person in the world who knows this, but I am the proud mother of a penguin. Symbolic mother, anyway.

It all started with a date to an aquarium in high school. I was 16 years old, in absolute puppy love and certain that I would be in love for the rest of my life. We held hands, oogled at the tropical fish as they floated by – but more so at each other – secretly kissed behind the dark corners of the tanks, giggled as we pretended to be jellyfish and sting each other. We also watched a documentary film on penguins, in which a pair of older birds, said to have been together their entire lives held “hands.” We were hooked.

Next came the matching “I Love Penguins” bumper stickers stuck firmly to the not-so-firmly attached bumpers of our first cars – both jalopies. We called each other “Penguin.” We’d go to the aquarium just to see the waddling black and white symbols of our undying devotion.

And then, on one special occasion, I was gifted the motherhood of my very own penguin through an animal sponsorship program run by the New England Aquarium in Boston, which offered individuals the opportunity to “adopt” a penguin. My eyes lit up with joy and tears as I opened the envelope. Penguins had brought us together; it was young love at its finest and I was so in love.

Then we broke up. I left the bumper sticker on for a few days, eyeing it sideways with a sad timidness, then furiously tried to peel if off. When it didn’t come off in one piece, this was followed by aggressive scrapping, and the removal eased by my tears as they fell on the bumper and loosened the adhesive. Once it was off, I immediately wished it was still there. I was devastated.

But that’s beside the point.

The point is, the aquarium gave me and my former love a fairy-tale experience, from simply allowing us to hold hands in their hallway to the inspiring documentary to that special adoption gift certificate. The joy from that one visit has never ended.

Check out our list of New England zoos and New England aquariums in the area, perfect for day trips.

From two-toed sloths to maned wolves and marmosets, there’s so much to see at Connecticut’s Beardsley Zoo. With over 300 animals to boast of (primarily North and South American species), this zoo is one of the state’s top family attractions. Spend an hour or the whole day visiting some of nature’s endangered and threatened species. Print a map and stroll through the zoo at your own pace. You can visit the walk-through aviary, check out the New England farmyard, or explore the rain forest building. And after all that walking, you and the kids are bound to get a little hungry. So stop by the Peacock Cafe for some hot food or enjoy an outdoor lunch in the Picnic Grove. Open year-round.

Roger Williams Park Zoo should be a bucket list destination for both Rhode Islanders and day trippers alike. Set just off Interstate 95 in Providence, the zoo is easily accessible and fun for the whole family. Animals are zoned geographically with others that they would be alongside in the wild. Elephants, giraffes and cheetahs can be found in the Africa section, while red pandas and snow leopards are in the Marco Polo area. The Faces of the Rainforest exhibit showcases howler and Titi monkeys, river otters, toucans, flamingos, and many other tropical birds that fly free in the 40-foot glass atrium. Kids of all ages will love petting goats at the Farmyard, while the younger children can climb onto a camel’s back for a ride around the ring. Open year-round.

While you’re at one of the very best New England zoos, also be sure to explore Roger Williams Park, home to a Victorian-style carousel, a botanical garden and concerts and food truck festivals during the warmer months.

There’s a tropical forest in Boston at the Franklin Park Zoo. You’ll feel worlds away from the hustle and bustle of the city as you meet exotic animals like the green anaconda, pygmy hippopotamus, Ruwenzori fruit bat and two-toed sloth. Like the Roger Williams Park Zoo, the Franklin Park Zoo is also broken down into sections based on native geographic regions, which include a Bird’s World, the Serengeti Crossing and Franklin Farm. Open year-round.

The Stone Zoo is owned by the same governing organization, Zoo New England, as the Franklin Park Zoo, and offers visitors a similar experience on a slightly smaller scale. Animals include the American alligator, Mexican gray wolf and Brazilian porcupine. Open year-round.

Butterfly zoos are the creative, delicate sisters of traditional New England zoos, where visitors are welcomed into warm interiors filled with hundreds of fluttering butterflies. The habitat at Butterfly Place emulates the insects’ natural environment, and you’ll find them flying among and even landing on you and your family members. Visitors can also meet caterpillars and observe cocoons, as well as watch an educational video about their new fluttering friends. Butterfly hatching kits are available for purchase, allowing visitors to hatch and release their own butterfly or moth at home. It’s open seasonally from mid-February through early October.

Southwick’s Zoo prides itself on being what it claims is the largest New England zoo, home to 200 acres of exhibits and over 850 animals. Visitors can tour the zoo from above on the Skyfari Skyride or travel via train through the zoo’s wetlands habitat. Kids will love meeting the goats and alpacas at the park’s petting zoo, and can learn more about their favorite animals at the Earth Discovery Center. Those looking to get extra up-close with the animals should book one of the zoo’s rhino or giraffe encounters. AAA members can save on Southwick’s Zoo admission. The zoo is open from early April to the end of October.

New England day trips to the southern Maine coastline aren’t complete without a trip to York’s Wild Kingdom, which is both a zoo and an amusement park. The zoo is home to dozens of animal species, including an African lion and Bengal tiger. Visitors will enjoy interactive exhibits with deer, ducks and African pygmy goats, and should also be sure to pay a visit to the Butterfly Kingdom, a 5,500 square foot exhibit where admirers can walk among various species of free-flying butterflies. The amusement park portion of the park features kid-friendly rides and attractions including a bounce house, bumper boats, Ferris wheel, mini-golf course, batting cages and an arcade. It’s open from late May through late September.

I grew up not far from Mystic, and the Mystic Aquarium was known as both a popular field trip destination and hot spot for a day of fun, especially on a rainy day. The aquarium has plenty of exhibits and displays to delight both children and adults alike, including multiple tanks and habitats with tropical fish, sharks, stingrays, jellyfish, sea lions, seals and – the stars of the aquarium – beluga whales. There are also live sea lion shows, and visitors can book an animal encounter with whales, penguins, stingrays and seals. Open year-round.

Just outside of New York City and easily accessible by Metro North, the Maritime Aquarium at Norwalk is a great destination for a New England day trip. The organization is dedicated to the study and preservation of marine life in Long Island Sound. Exhibits and displays feature local animals including harbor seals, lobsters and mollusks. The aquarium also has an IMAX documentary theater and offers Long Island exploratory and educational adventures on its hybrid sea vessel. Open year-round.

Located on Central Wharf in downtown Boston, the New England Aquarium is huge. In the center of the building stands a giant ocean tank, a four-story, 200,000-gallon cylindrical tank that is home to over 1,000 Caribbean reef animals, including sea turtles. Other highlights include penguin and harbor seal displays, as well as a touch tank where kids can meet sharks and rays. The aquarium is also home to an IMAX theater and offers whale watches in partnership with Boston Harbor Cruises. Open year-round. Get $2 off admission with your AAA discount.

What the Woods Hole Aquarium lacks in size, it makes up for in history. This small aquarium claims to be the world’s oldest, operating since 1885. Visitors will find almost 150 species of marine life from Northeast and Mid-Atlantic ocean waters, as well as exhibits and touch tanks, the latter with lobsters, crabs, horseshoe crabs and sea stars. Open Tuesday through Saturday, year-round.

ECHO – which stands for Ecology, Culture, History, Opportunity – is a lake-centric aquarium home to over 70 species. ECHO’s mission is focused on educating children and their families about marine life, especially species in nearby Lake Champlain. The aquarium is a necessary stop if you’re on a New England day trip to the Lake Champlain region, and a perfect destination for an afternoon of educational entertainment with the kids. The center is open year-round.

What is your most memorable animal encounter at one of your favorite New England zoos or New England aquariums? Tell us in the comments!

Need a ride to one of these amazing zoos or awesome aquariums? AAA members can save up to 20% on Hertz rentals.

This was was originally published in 2018 and has been updated.